Hundreds of people have been rescued from a Hong Kong skyscraper after a major fire broke out.

At least 13 people were sent to hospital for treatment, according to authorities. Three of them suffered injuries while 10 others were suffering from the effects of smoke inhalation.

Firefighters rushed to rescue hundreds trapped on a rooftop and put out the blaze. 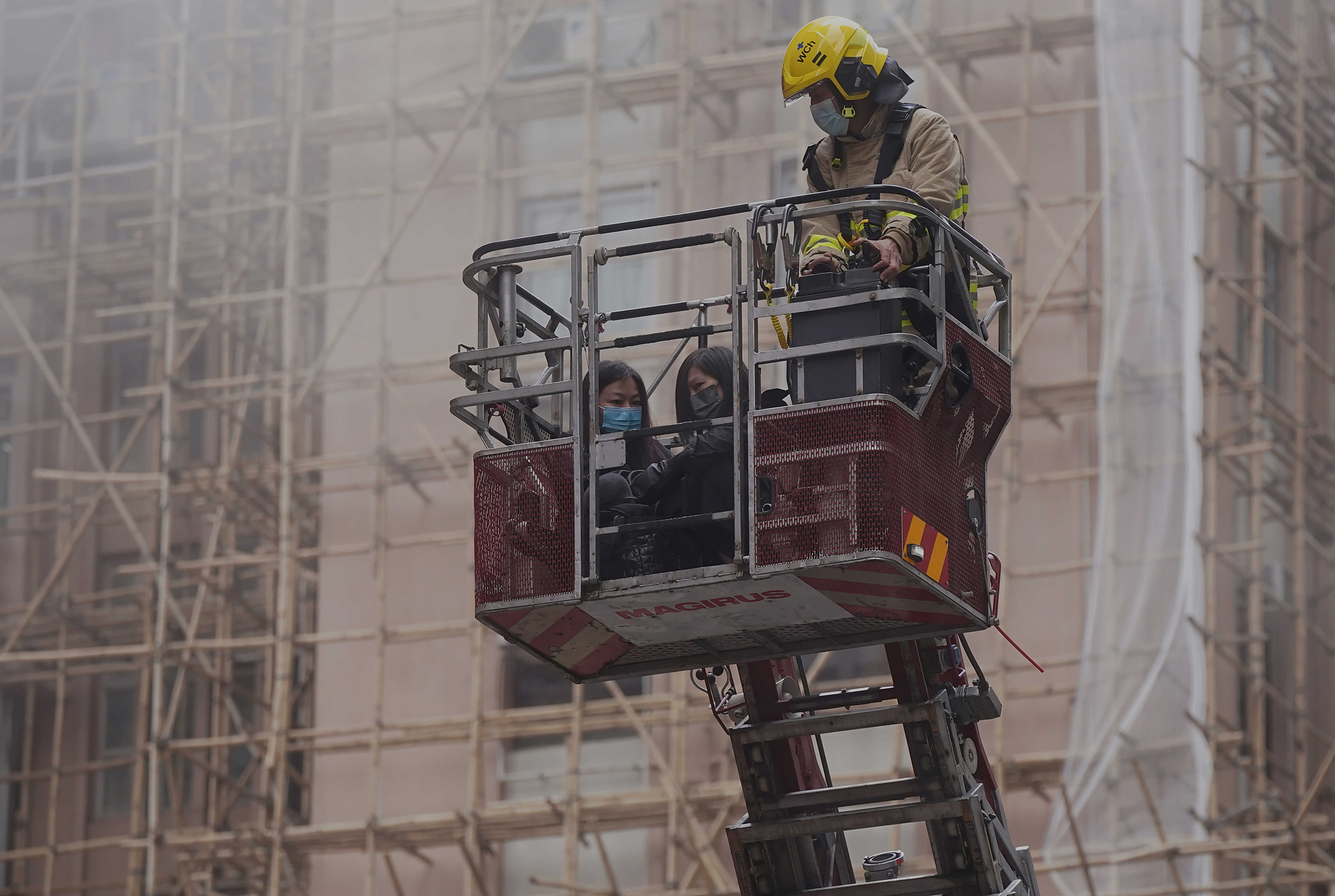 The fire started in the early afternoon at the World Trade Centre on Gloucester Road in the city's popular Causeway Bay shopping district, according to a government notice. The 38-storey tower houses both offices and a mall.

Dense smoke was seen billowing out from the building, and photos and videos from those trapped inside showed poor visibility as smoke filled restaurants and stairways of the building.

Authorities said that the fire spread from the building's bottom two floors, which are occupied by a mall undergoing extensive renovations.

The fire services system had been shut off in the mall area, according to Ng Yau Sheung, Hong Kong Fire Services Department's senior divisional officer.

"If the system is under repair, it's possible that the contractor will shut down the area affected," he said during a news conference Wednesday evening.

Authorities said they were still looking into whether fire safety regulations had been breached. 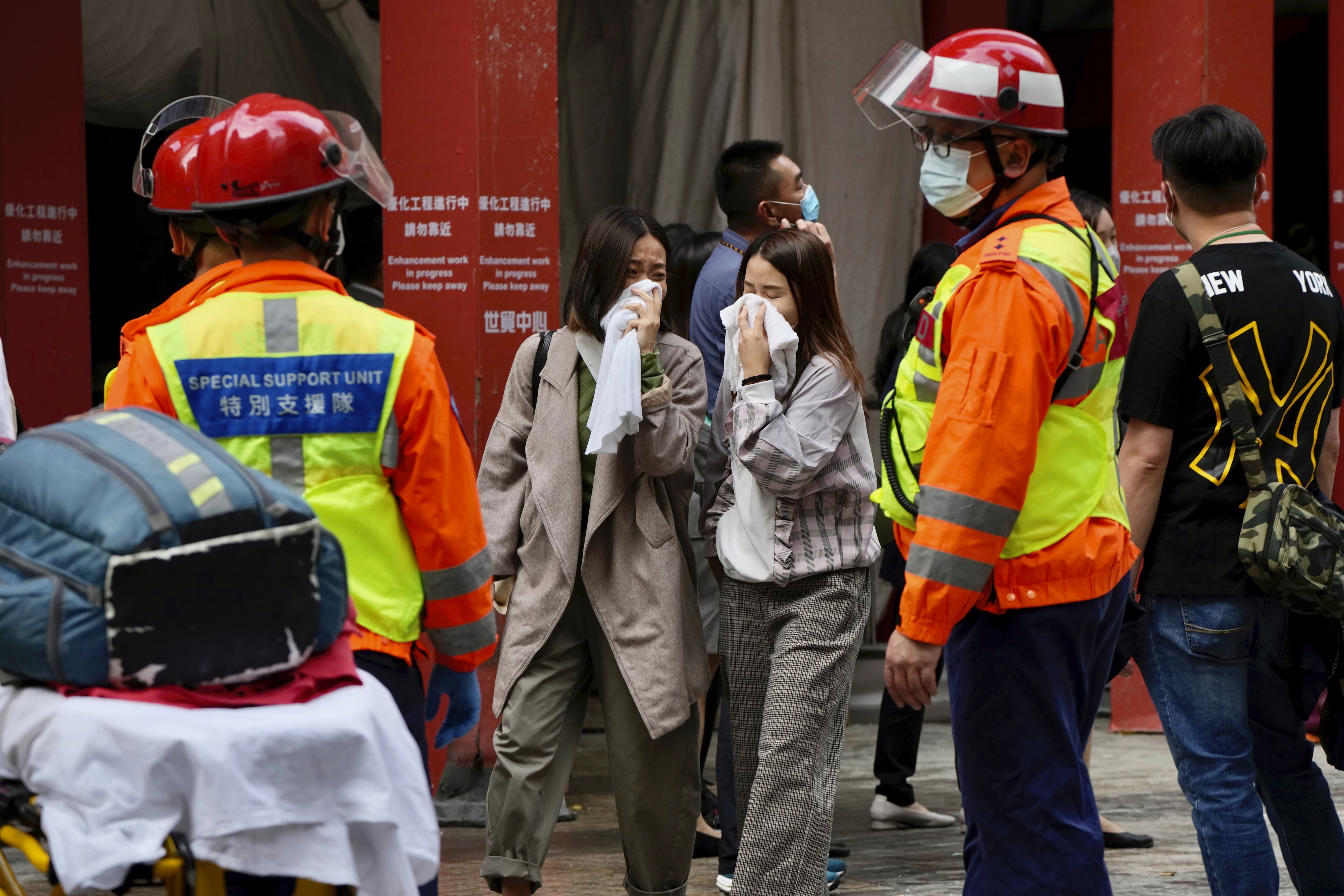 Earlier, police had told local media that about 300 people had evacuated to the top of the building while waiting to be rescued.

Dozens of people trapped in the building had also jammed into narrow areas on an open-air podium on the fifth floor, peering over the edge as they awaited rescue.

Firefighters evacuated 770 people from the building, according to Mr Ng, while 40 others had self-evacuated.

Preliminary investigations by the police suggested that the fire had broken out in the electrical switch room located on the first floor of the shopping mall, before spreading to the scaffolding that surrounded part of the building, according to local newspaper South China Morning Post. Firefighters had used an extendable ladder to rescue the people on the fifth floor. Other people were said to be trapped in restaurants in the mall, added the local newspaper.

The fire was upgraded to a level three incident, according to a police notice. Fires are graded on a scale of one to five, with five being the most severe.

Authorities said the fire was under control by around 3pm and was largely put out by 4.30pm.

The fire services department deployed 176 firefighters to the site.