The District of Columbia has filed a civil lawsuit seeking harsh financial penalties against far-right groups Proud Boys and Oath Keepers over their role in the January 6 insurrection at the Capitol by supporters of former President Donald Trump.

The suit, filed today in a US federal court, also names dozens of the groups' senior members, many of whom already face criminal charges for taking part in the violent attack on the Capitol building while Congress was meeting to certify the 2020 election results.

Karl Racine, Washington's attorney general, said the lawsuit seeks compensation for damages to the District of Columbia and intends to inflict maximum financial damage on the groups responsible.

READ MORE: Who are the Proud Boys? The extremist group Trump told to 'stand by' 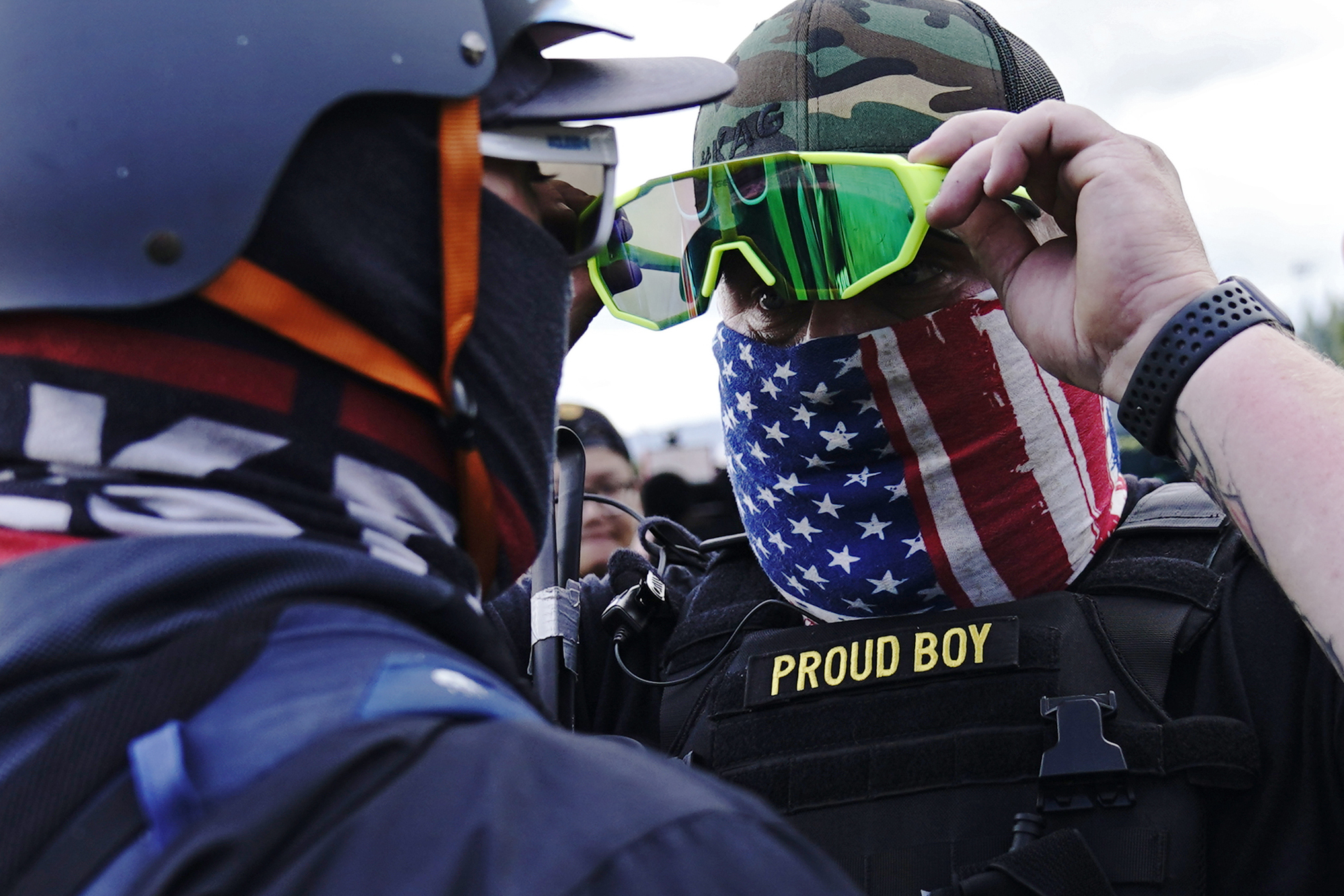 “Our intent is to hold these violent mobsters and violent hate groups accountable and to get every penny of damage we can,” Mr Racine said.

“If it so happens that we bankrupt them, then that's a good day.”

There was no immediate response to emails sent to the groups seeking comment.

The lawsuit cites as its basis a post-Civil War 1871 law known as the Ku Klux Klan Act.

A similar tactic was used to secure a US$26 million ($36 million) verdict last month against white supremacist groups and individuals responsible for organising the violent 2017 Unite the Right rally in Charlottesville, Virginia, in which one person was killed after a man ploughed his car into a group of counter-protesters. 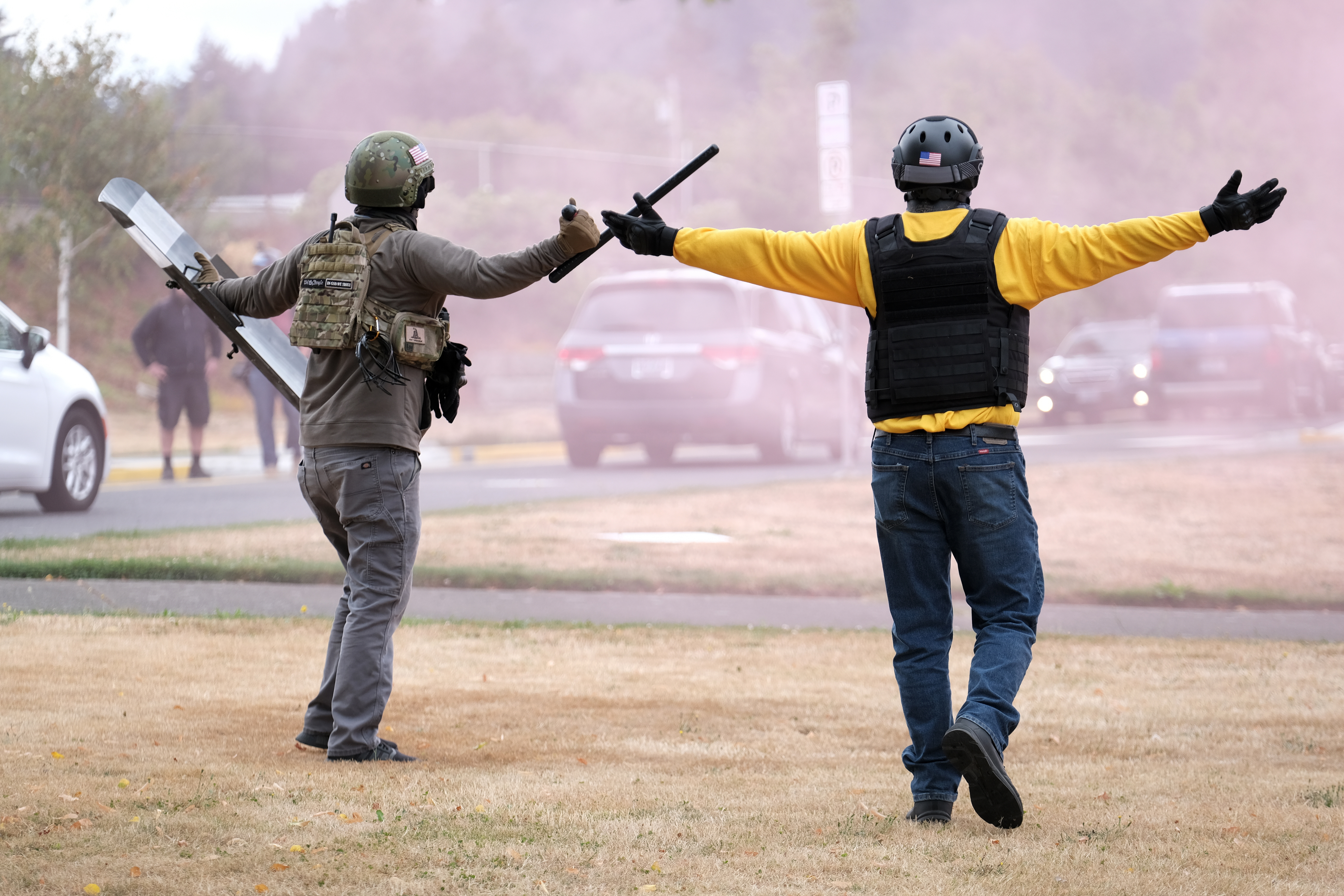 The lawsuit came as the Justice Department separately charged three more suspected members of the Proud Boys from Pennsylvania for their alleged roles in January’s riot.

The men, Isaiah Giddings and Freedom Vy of Philadelphia and Brian Healion of Upper Darby, are all accused of working with another suspected Proud Boys member, Zachary Rehl, who was arrested in March, to breach the Capitol.

Prosecutors say the group travelled together from Pennsylvania and the trio was photographed posing both outside the Capitol and inside the building. 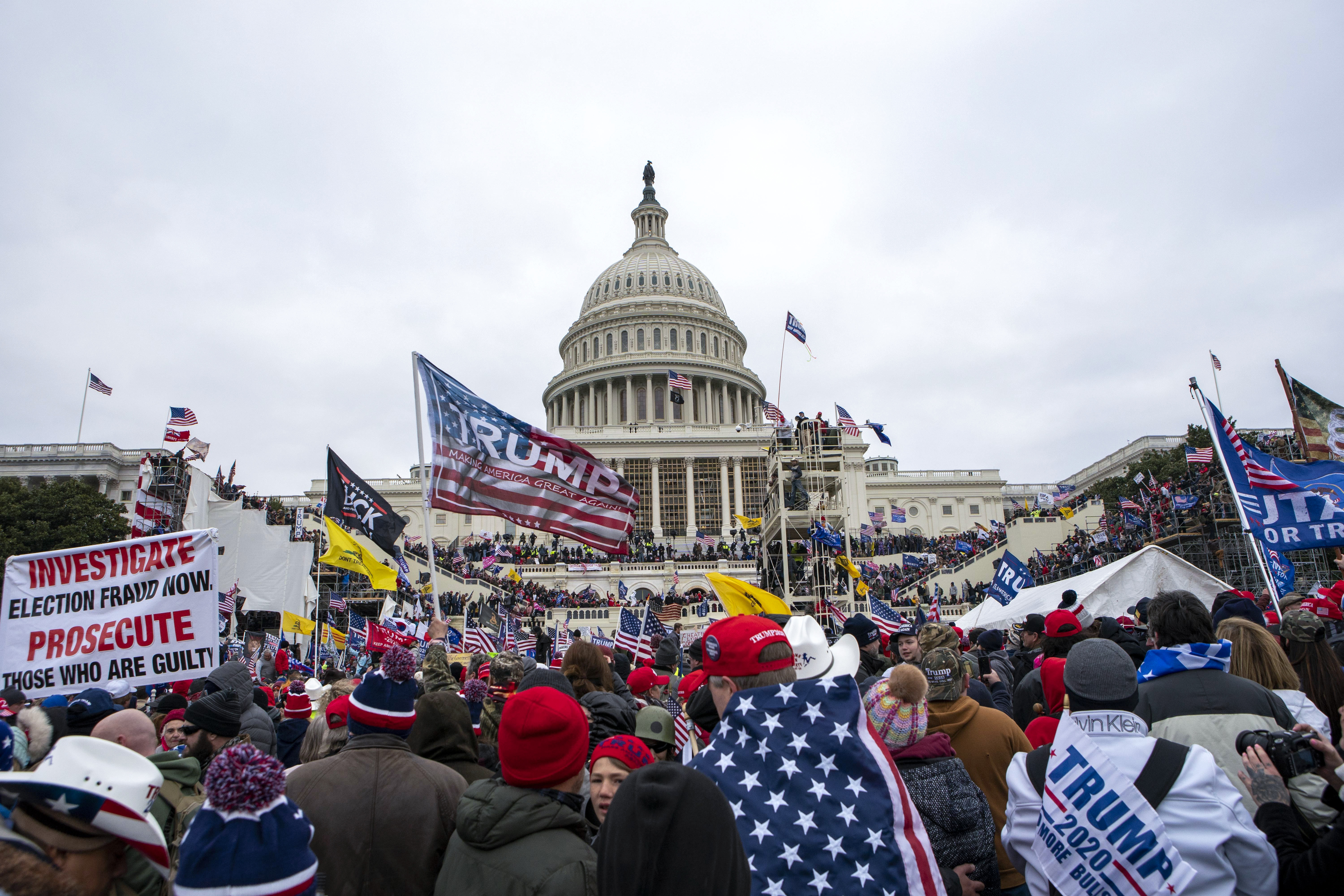 Ms Norton said the suit is designed to secure extra funding to support DC police officers injured while defending the Capitol building and to serve as a warning to extremist groups.

“They're going to have to spend money to defend themselves,” Ms Norton said.

“Even if we don't get a penny in restitution, this lawsuit's deterrent effect will say, ‘Be prepared to spend money to defend yourself because we are coming after you.’” He said the lawsuit presents an opportunity to publicly explore and expose the financial support structure of the far-right extremist network.

“I sure hope they try to defend the case,” he said.

"We can't wait to propound searing questions about the finances of these individuals and these groups.”

The Proud Boys emerged from far-right fringes during the Trump administration to join mainstream GOP circles.

The Oath Keepers is a militia group founded in 2009 that recruits current and former military, police and first responders.