Harrowing footage has been released of the moment an unknown gunman allegedly opened fire on four men outside a Sydney gym, hitting one in the leg and leaving bullet holes in a children's creche.

Police were called to World Gym in Prospect about 11.35am to investigate what 9News understands is being treated as a targeted attack.

Criminal Groups Squad detectives have released CCTV from outside the gym and inside, where children were playing. 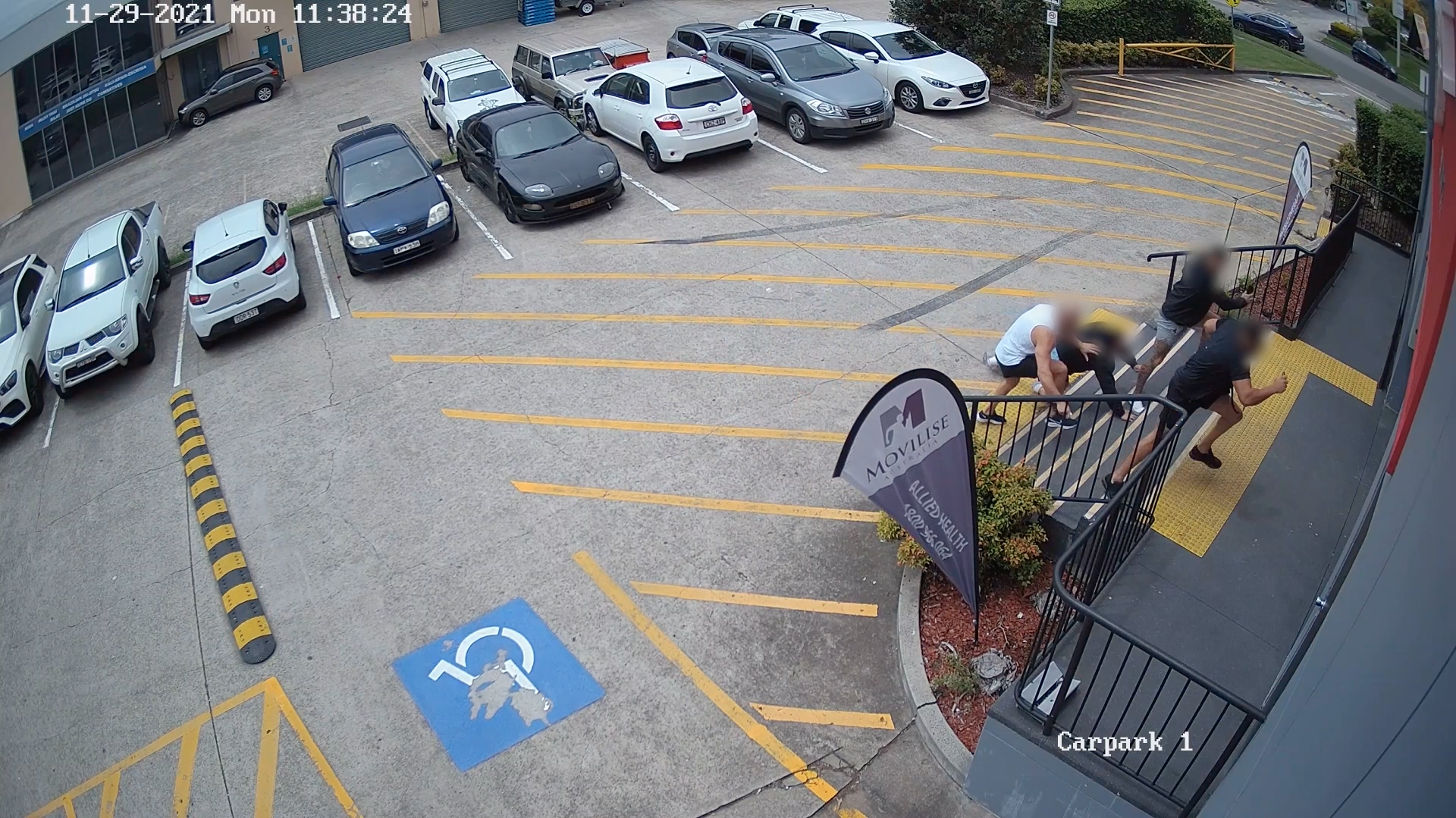 The footage captures the moment four men casually entering the gym — one even apparently about to take a selfie — run for cover as shots are fired.

Debris from the shots can be seen flying from the steps while at the same time an interior camera appears to show workers and children playing happily inside reacting in terror to the noise of the shots.

The victim suffered "minor" gunshot injuries to the leg and was treated by NSW Ambulance paramedics, police said. 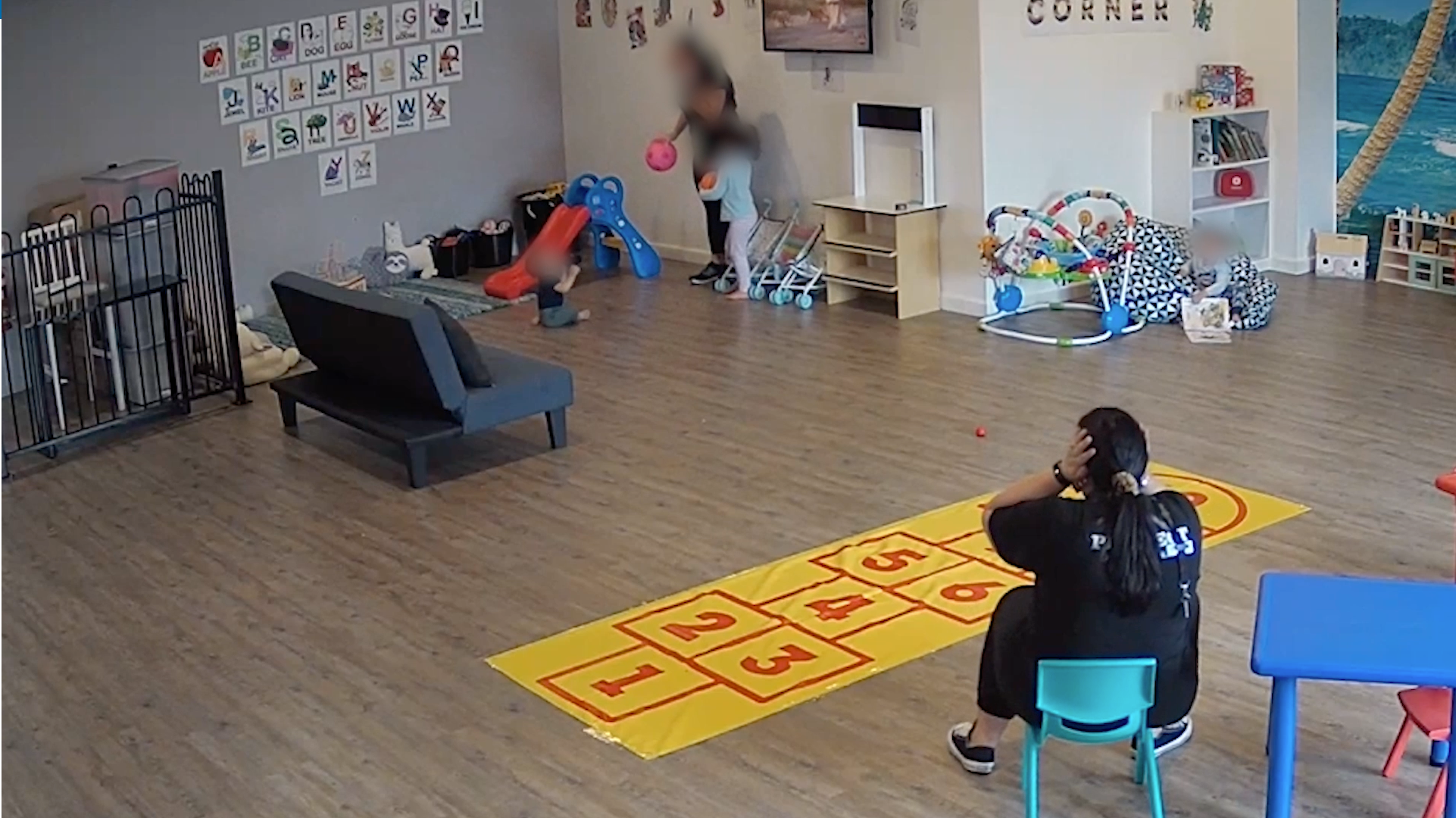 Police are desperate to find a grey Mazda sedan shown in the footage. They were told that's where the shots were fired from before the driver fled the carpark and the car was found set alight shortly after.

Police alleged the car was stolen from the Hunters Hill area on October 5 and want to speak with anyone who saw something suspicious on that date.

"The location of the shooting is within an industrial area and we're hopeful truck drivers, courier workers, and other motorists may have dash cam which would be helpful to our investigations – even if it precedes the day of the shooting," Superintendent Taylor said.

"Any dash cam owners who were in the vicinity of the Stoddard Road industrial area, as well as Flushcombe Road, Reservoir Road and Great Western Highway between 10.30am and 12.30pm that day is urged to come forward.

"We're also confident the Mazda wagon – which was a dark, metallic colour and had distinctive black roof-racks – was travelling with other vehicles around the time of the shooting."

Detectives are trying to find close contacts of those who were in the vehicles at the time.

"These public place shootings endanger the lives of innocent members of the public, and in this instance, left bullet holes in a children's play area where young toddlers were being cared for at the time," Superintendent Taylor said.

"The investigation of acts of violence which put our community in danger is the highest of priority for police, and all offenders – as well as those who facilitate or assist them – will be prosecuted."