It's set to get hot and hotter across many parts of the country this weekend.

And the soaring temperatures are also set to spark storms across multiple states.

Troughs will maintain heat in Australia's centre and north, triggering storms in the Northern Territory, Queensland, NSW and Victoria.

The trough will also reach southern NSW during Saturday. As it does, it will start to interact with low-level humidity built up after days of easterly winds.

This could potentially trigger severe thunderstorms in southeast NSW and eastern Victoria.

By Sunday, troughs will merge, causing moisture to increase, and showers and storms to become more widespread across Victoria, NSW, central Australia and the tropics.

A front will bring strong winds and showers to Tasmania as well as southern Victoria and a few showers to southeastern SA. While a high will clear southern WA.

The Bureau of Meteorology forecasts areas of low to extreme heatwave conditions for northern WA, with Broome and its surrounds set to experience the hottest conditions.

There are also areas of low to severe heatwave conditions forecast for southeastern WA, NT, western Queensland and Cape York extending into western and northeastern SA. 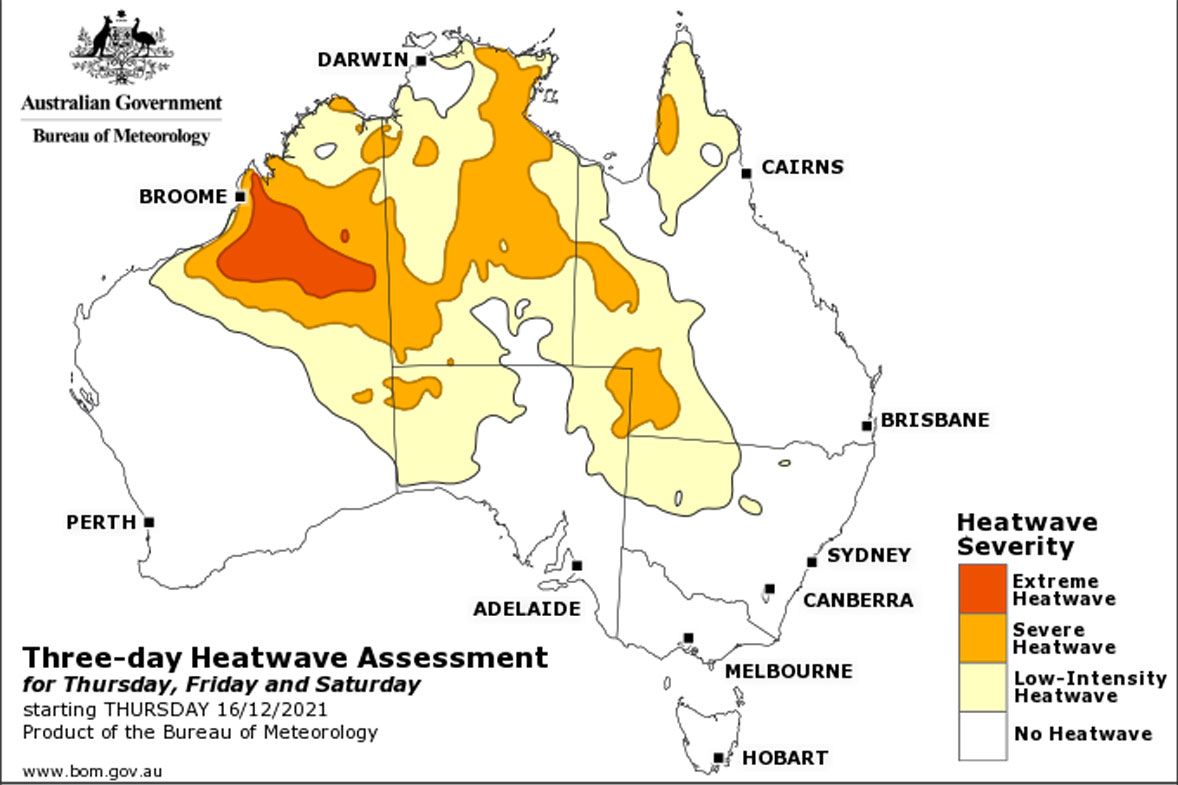 An area of low intensity heatwave extends into northwestern NSW.

And both the heat and storms are set to stick around in the lead up to Christmas Day, with early modelling showing a hot air mass building over Australia at the start of next week.

It's going to be a quintessentially hot and sweaty Christmas in some parts of the country, according to Weatherzone.

While large areas of Australia were kept unusually cool during November by frequent spells of cloud and rain, December has been noticeably clearer and drier for much of the country. 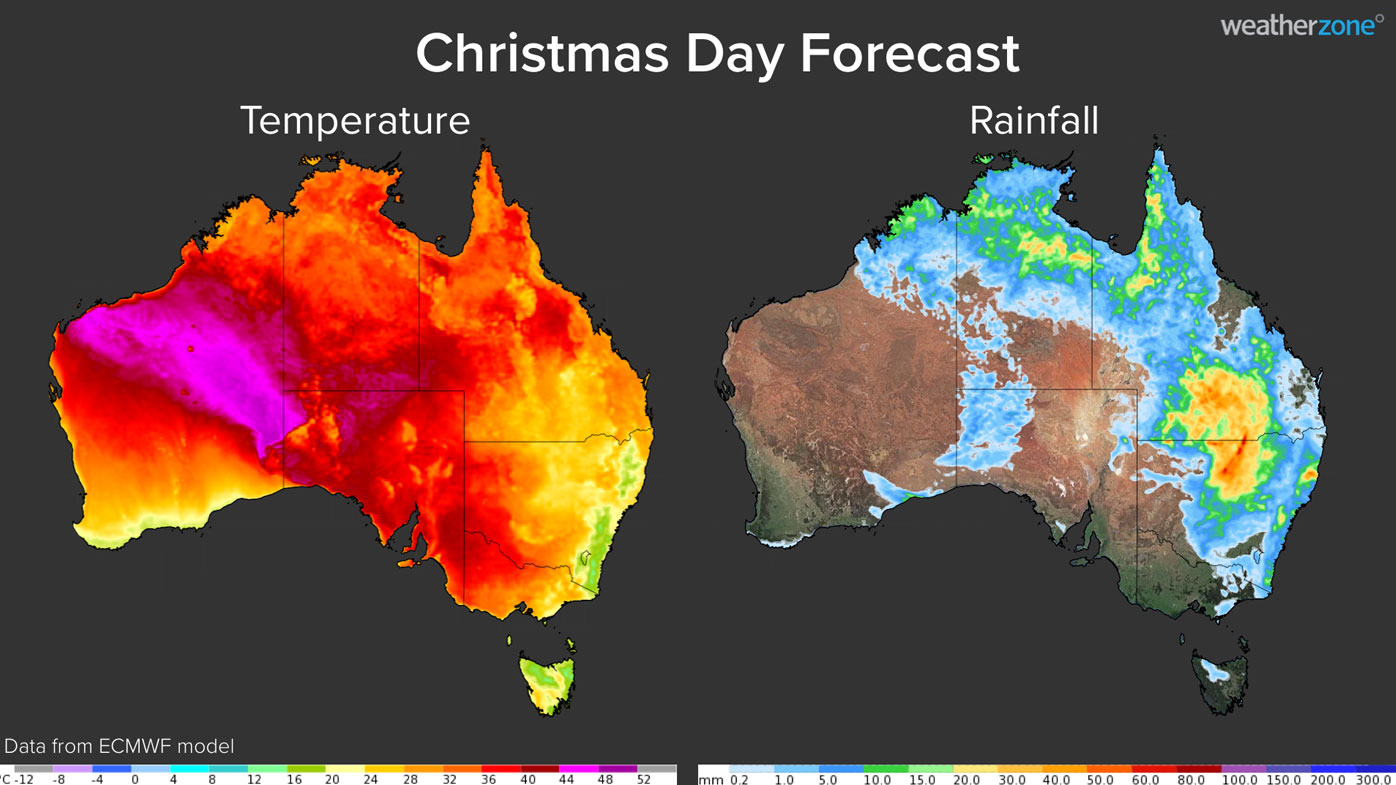 WA and Victoria are both shaping up to be warm on Christmas Day, with temperatures possibly reaching the low-thirties in Perth and Melbourne, while reaching the high-thirties in Victoria's northwest.

Australia's eastern capital cities look like they will escape a hot Christmas this year, with onshore winds likely to limit daytime heating and increase the likelihood of showers.

At this stage, Hobart will most likely be dry and reach the mid-twenties on Christmas Day, while Darwin has a chance of rain and thunderstorms.

– Reported with Weatherzone and Australian Bureau of Meteorology