Bare chested and barefoot, one Queensland man has leapt into a moving LandCruiser to foil a thief stealing his beloved car.

Terry Dennehy from Caboolture, north of Brisbane, found himself taking on the role of action hero early yesterday morning.

Mr Dennehy and his wife Dee caught sight of an intruder walking across their yard, then lost sight of him. Two hours later they heard their work car start up.

They didn't know it then but the intruder had filled up their LandCruiser with chainsaws, whipper snippers, blowers and more from the back shed.

The drama that unfolded next was caught by a security camera.

Mr Dennehy dashed outside, ditched his thongs and leapt into the vehicle. 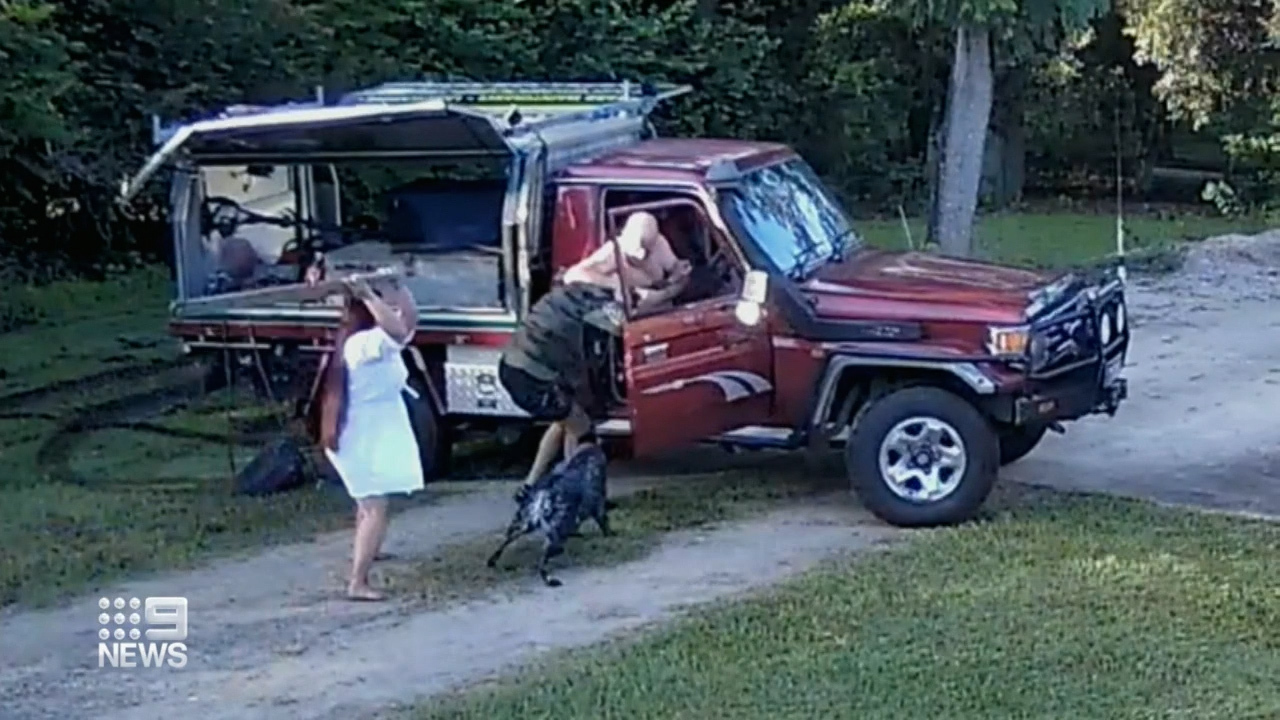 As he forced the getaway to a dramatic halt, the person in the LandCruiser jumps out and looks to be about to flee when Mrs Dennehy rushes in wielding a timber plank, supported by their trusty cattle dog.

After a brief scuffle the man was able to get up and flee. Police say he left behind a black motorcycle.