Summer is setting in across Australia's south with the mercury set to rise to a sweltering 37 degrees in Adelaide today.

Fire danger warnings have been issued in South Australia as the state braces for the heatwave.

Severe fire danger has been declared for the Mount Lofty Ranges, in the state's east, with high fire danger warnings for Adelaide.

A number of inland regional communities will see temperatures in the low-mid 40Cs.

"Adelaide will have its hottest day today and a significantly hot night, but a cool change is due to arrive there around dawn tomorrow morning," Weatherzone meteorologist Jessica Miskelly said.

The heat is expected to move into the south-eastern parts of the country, including Victoria and New South Wales, tomorrow.

Melbourne will sweat through a hot and sunny day, with 31 degrees forecast for today and tomorrow.

The heatwave will also reach Hobart tomorrow, where a top of 30 degrees is expected.

Meanwhile, it will be partly cloudy in Sydney today, with a top of 25 degrees before temperatures rise at the weekend to 31 degrees tomorrow and 34 degrees on Sunday.

Ms Miskelly said the heatwave was a result of a trough moving across eastern and south-eastern parts of the country, dragging heat down from the north. 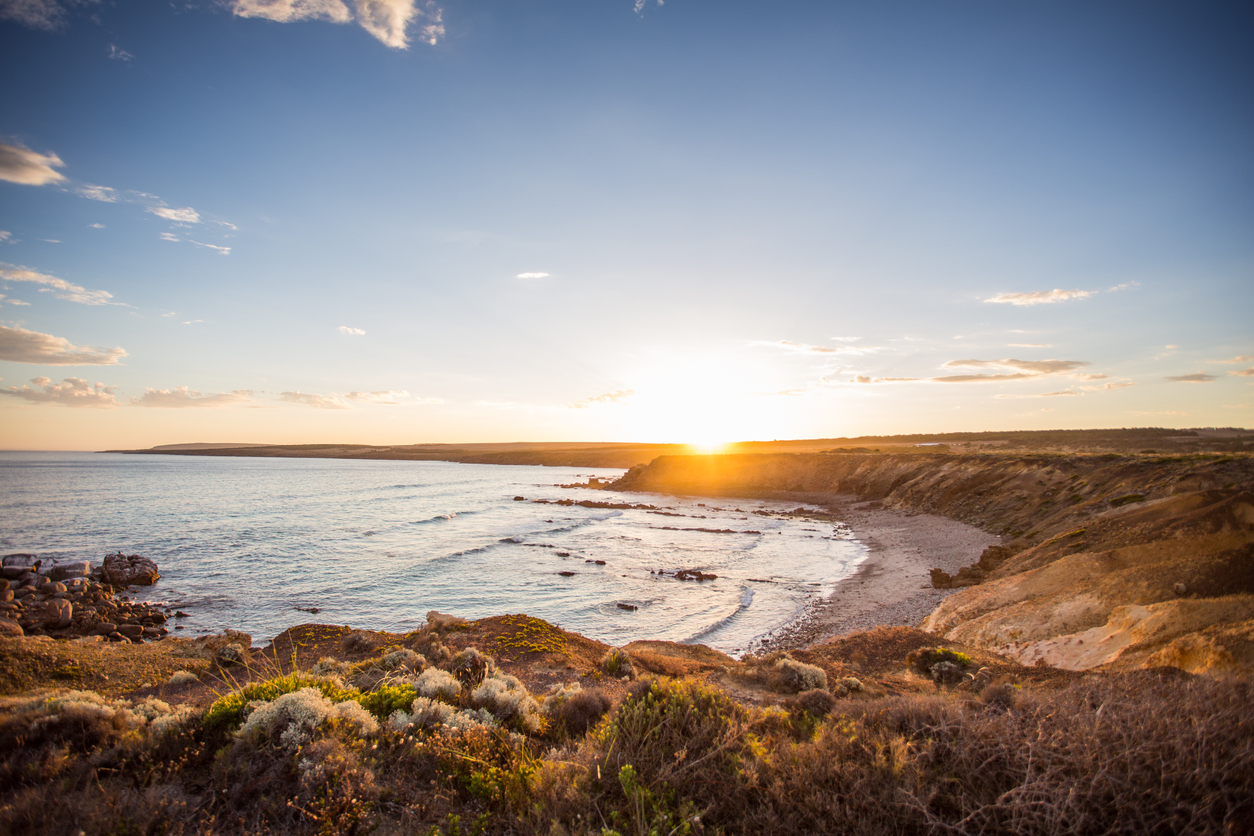 "It will be the hottest since last summer for a number of locations I suspect in that south-east inland region.

"It is also going to be quite windy around this trough."

"It's certainly more normal for this time of year."

However, La Niña is set to bring more wet weather to Australia in the coming months.