The defence has rested in the trial of a Minnesota police officer charged in the fatal shooting of Black motorist Daunte Wright.

Kim Potter, 49, is charged with manslaughter in Wright’s death during a traffic stop on April 11 in the Minneapolis suburb of Brooklyn Center.

Potter has said she meant to use her Taser to subdue Wright when he pulled away from officers and got back into his car as they tried to arrest him on a warrant for a weapons violation.

READ MORE: At least 100 Schoolies believed to be isolating in Byron Bay 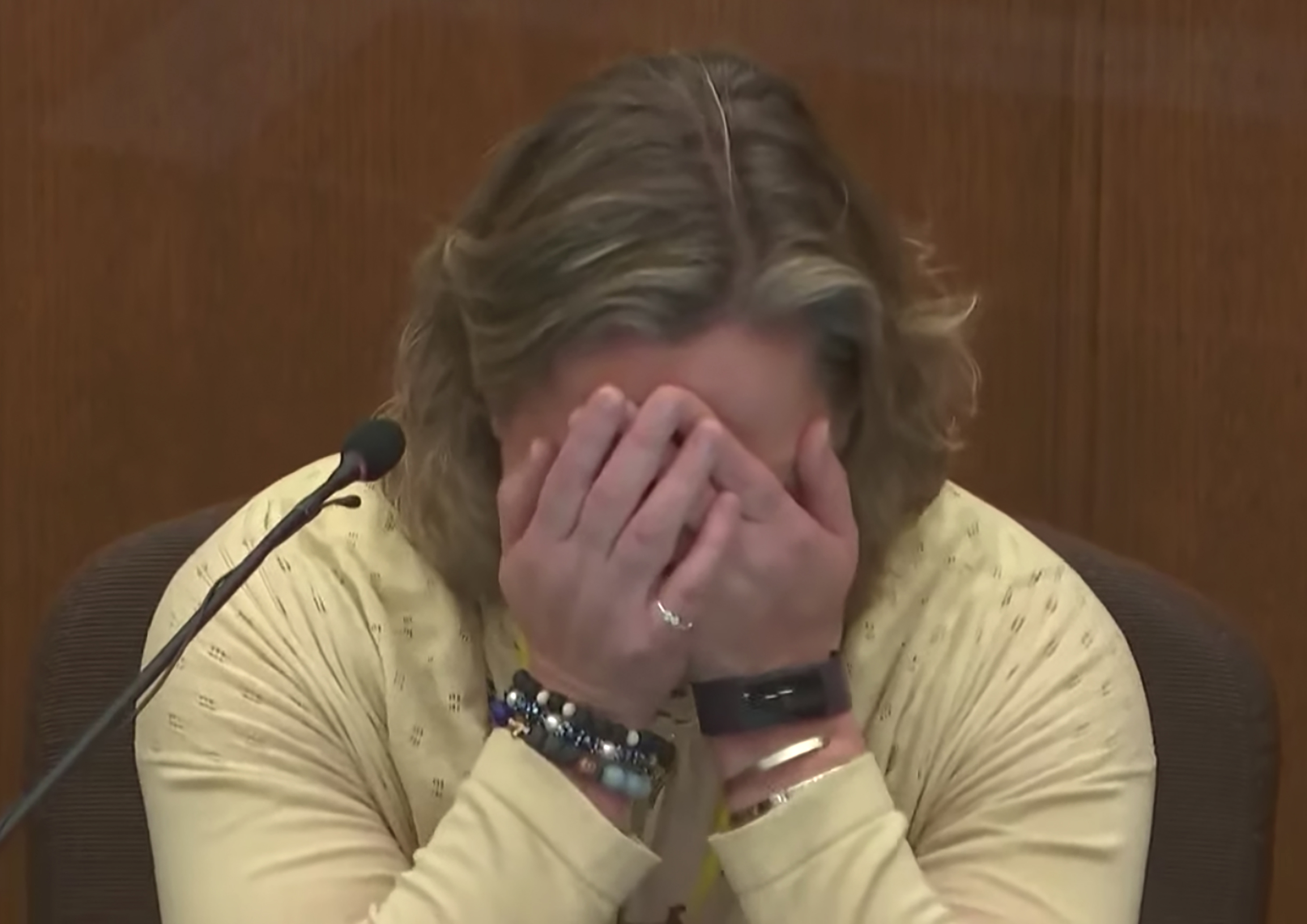 She shot him once with her handgun instead.

The defence wrapped up their case soon after Potter took the stand Friday to testify to her actions.

Potter, who resigned two days after the shooting, broke down in tears at one point as she said the traffic stop “just went chaotic” after Wright tried to get back into his car and leave.

Potter was training a new officer when that officer decided to pull Wright over for expired license plate tags and an air freshener hanging from his mirror.

Potter said that if she had been alone, she probably wouldn’t have made the stop.

Potter acknowledged on cross-examination that she had been extensively trained on the use of force and use of Tasers.

The suburban Minneapolis police officer who shot and killed Daunte Wright testified Friday that the traffic stop “just went chaotic” after Wright tried to get back into his car and leave.

Potter said she saw a look of fear on another officer’s face before she fired. 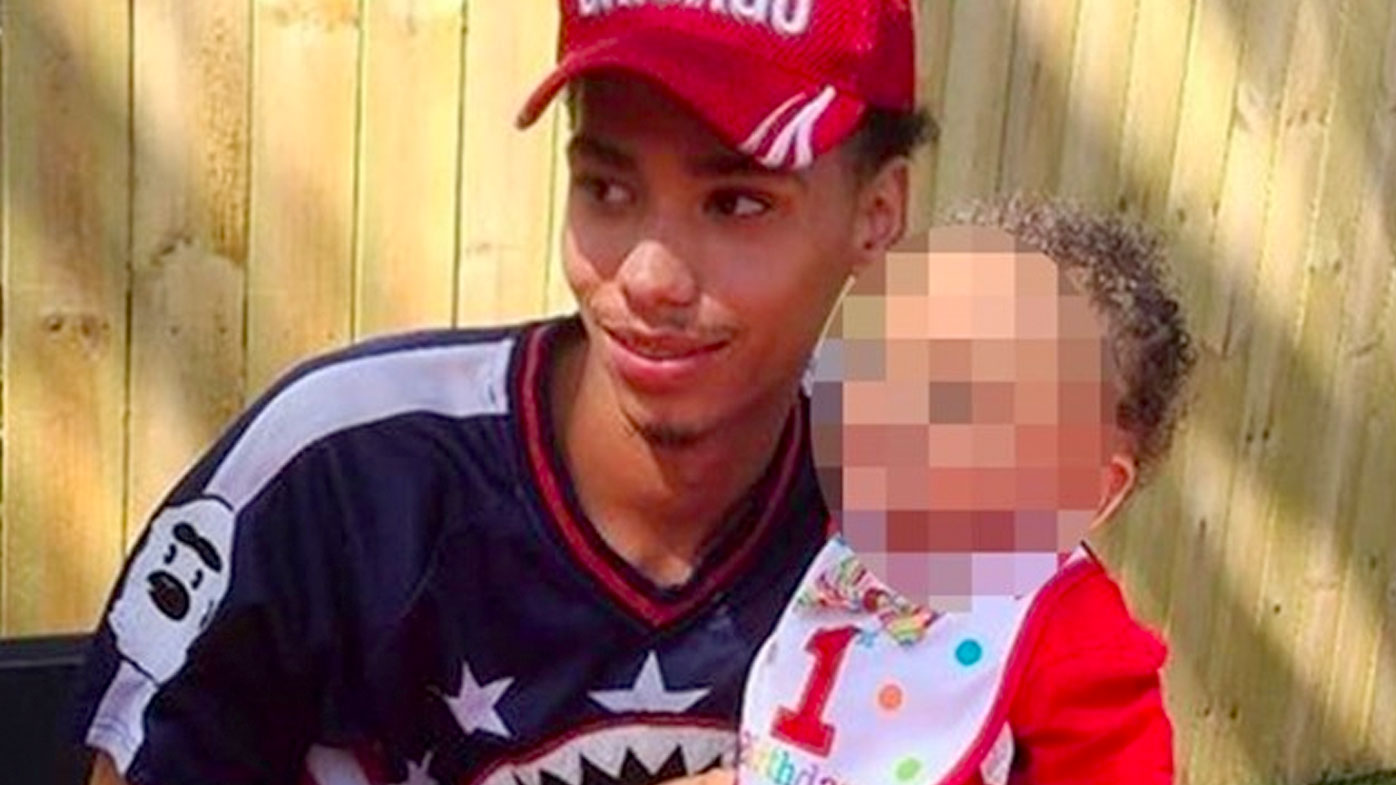 It was the first time the former Brooklyn Center officer has publicly spoken in detail about the shooting.

She has said she meant to use her Taser instead of her gun to stop Wright from fleeing while officers were trying to arrest him during a traffic stop on a warrant for a weapons possession charge.

Potter’s attorneys have argued that she made a mistake but also would have been within her rights to use deadly force if she had meant to because another officer was at risk of being dragged by Wright’s car. 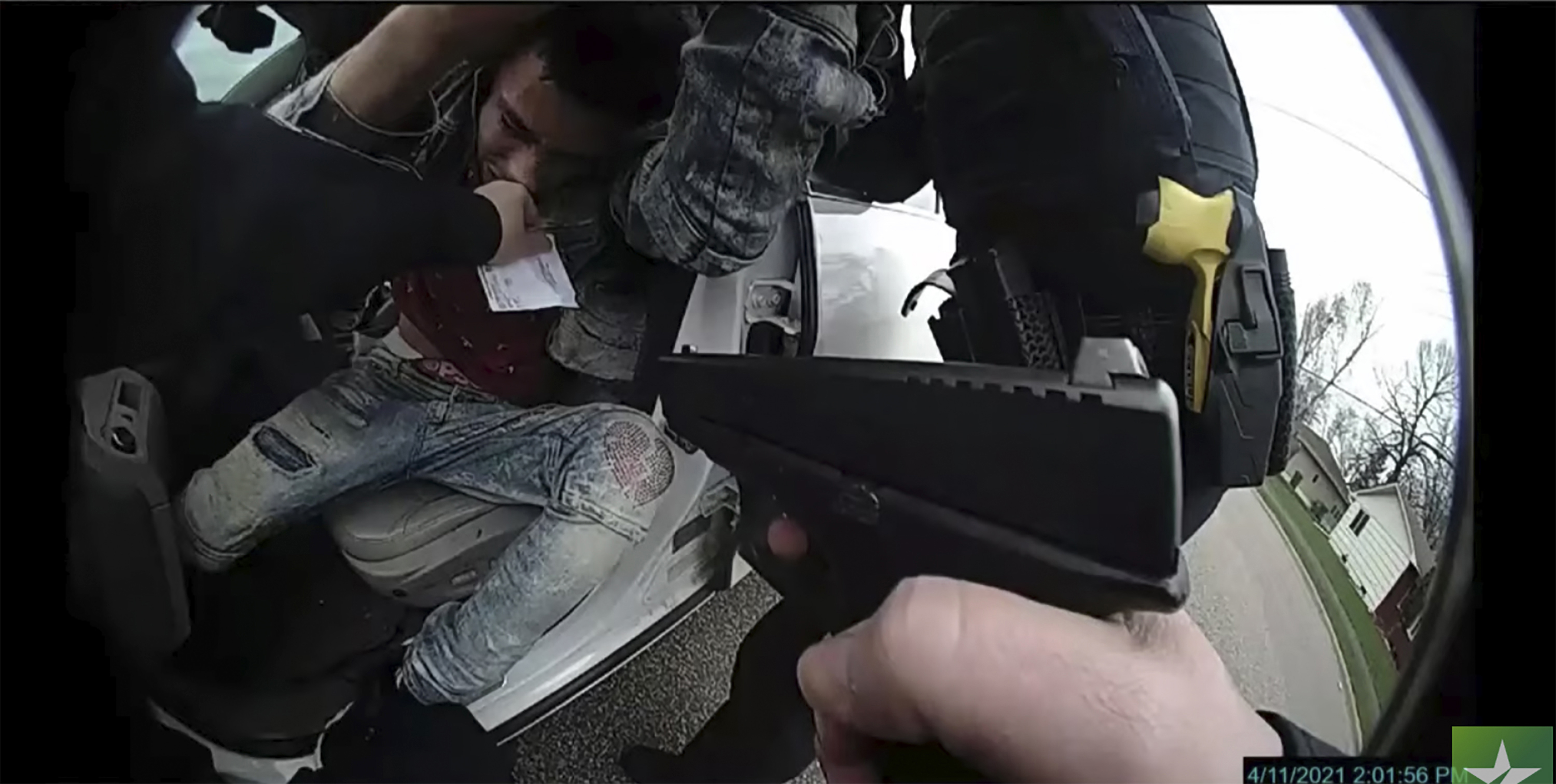 Prosecutors say Potter was an experienced officer who had extensive training in Taser use and the use of deadly force, and that her actions were unreasonable.

Video of the shooting recorded by officers’ body cameras recorded Potter shouting “I’ll tase you!” and “Taser, Taser, Taser!” before firing once.

Besides arguing that Wright’s death was a tragic mistake, Potter’s attorneys have also said that she would have been justified in using deadly force to stop Wright from driving away and possibly dragging one of Potter’s fellow officers.

Before Potter took the stand, a witness called by her lawyers testified that police officers can mistakenly draw their guns instead of their Tasers under high-stress situations because their ingrained training takes over.

Laurence Miller, a psychologist who teaches at Florida Atlantic University, said Friday that the more someone repeats the same act, the less they have to think about it and there can be circumstances during a stressful situation in which someone's normal reactions may be “hijacked.”

The death of Wright set off angry demonstrations for several days in Brooklyn Center. It happened as another white officer, Derek Chauvin, was standing trial in nearby Minneapolis for the killing of George Floyd.

READ MORE: The pandemic forced Kim Jong Un into retreat. The world should brace for his resurgence 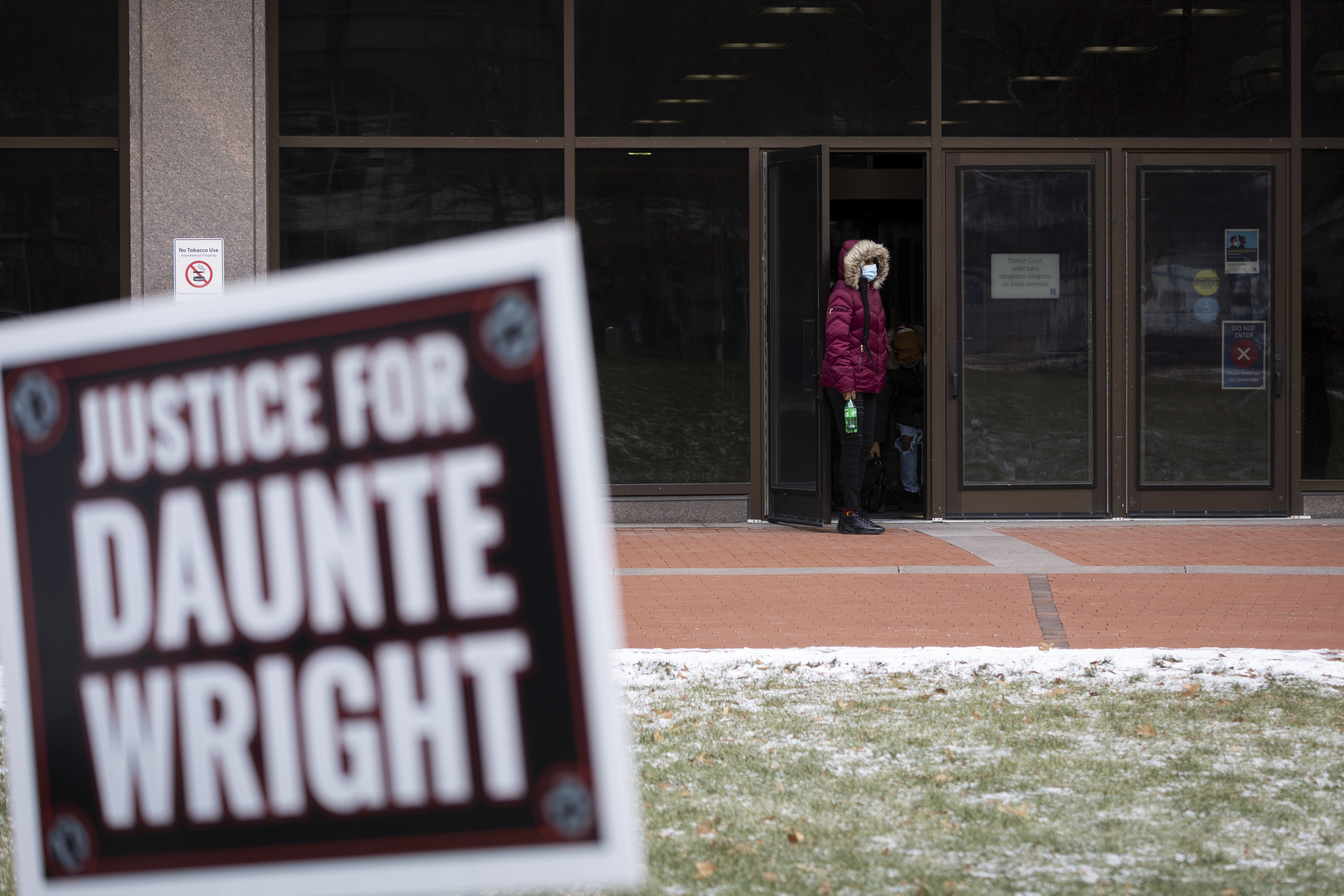 Prosecutors argue that Potter was an experienced officer who had been thoroughly trained in the use of a Taser, including warnings about the danger of confusing one with a handgun.

They have to prove recklessness or culpable negligence in order to win a conviction on the manslaughter charges.

Miller said that when a person learns a new skill, memory of an old skill might override that, resulting in an “action error” in which an intended action has an unintended effect.

”You intend to do one thing, think you’re doing that thing, but do something else and only realize later that the action that you intended was not the one you took,” he said.

Miller said it happens all the time and is often trivial, like writing the wrong year on a check early in January.

There are also more serious examples of action error, such as when a doctor might use an old approach to treat someone even after being trained in a newer one, he said.

When the intended result does not occur, they realize it, he said.

“If it’s a high-stress circumstance, extremely high arousal” the person is more susceptible to making a mistake that can put their life in danger, said Miller, who said the most typical example of “weapon confusion” is when an officer confuses a gun for a Taser.

He said it is called “slip and capture,” meaning that under a state of high arousal and hyper focus, the ability to choose the correct response slips away and is “captured” by the more baked-in knowledge that a person has had for a longer time.

Some experts are sceptical of the theory. Geoffrey Alpert, a criminology professor at the University of South Carolina who is not involved in Potter's trial, has said there’s no science behind it. 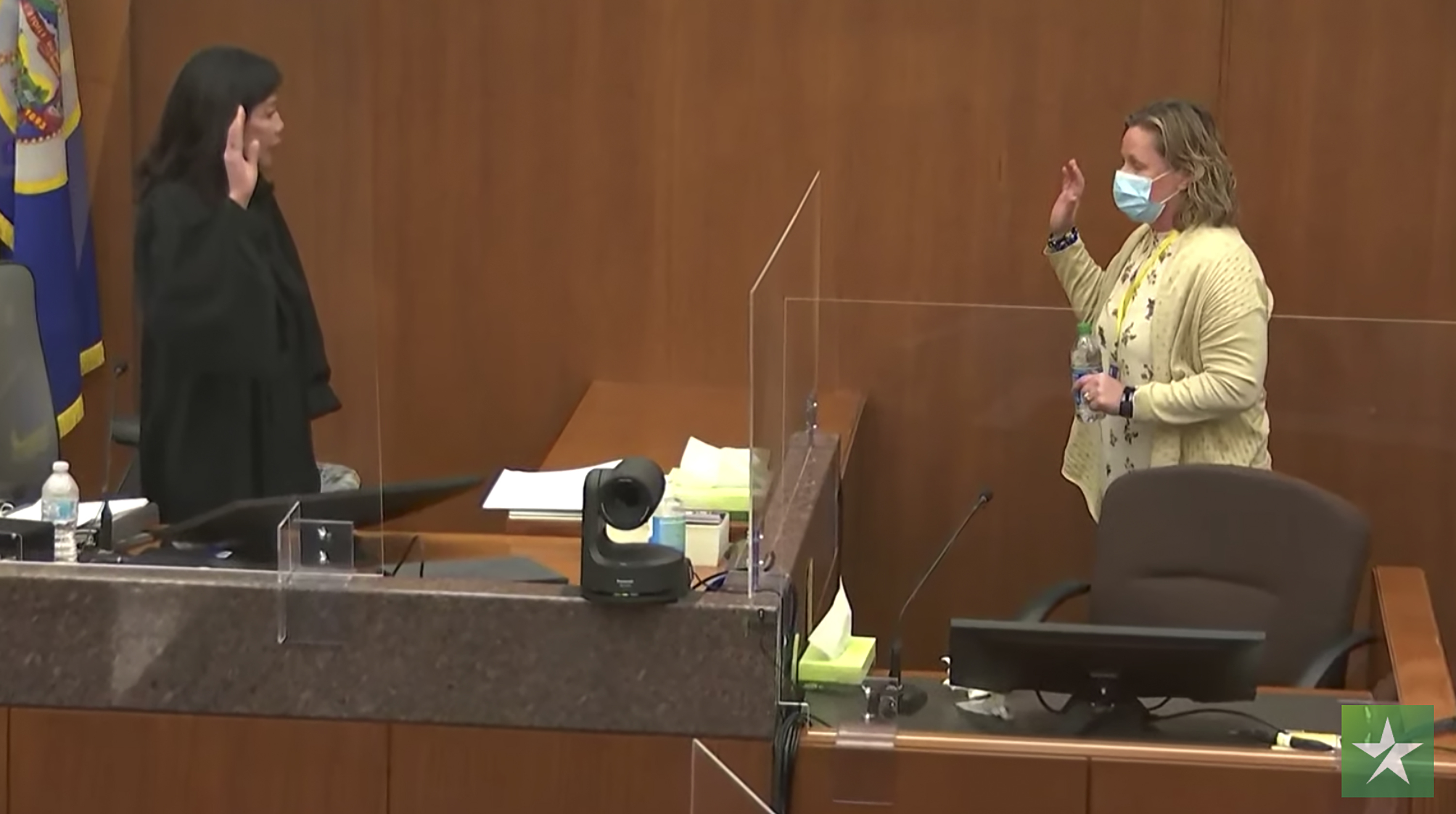 On cross-examination, prosecutor Erin Eldridge read to Miller from a 2010 article he wrote in which he described how police can avoid what he termed “one big mistake.”

He wrote that many such mistakes are preventable through proper training and practice.

Eldridge said the term slip and capture has been termed “junk science” and has no foundation in the general field of psychology.

Miller said the term is not common, but the theory behind it is. 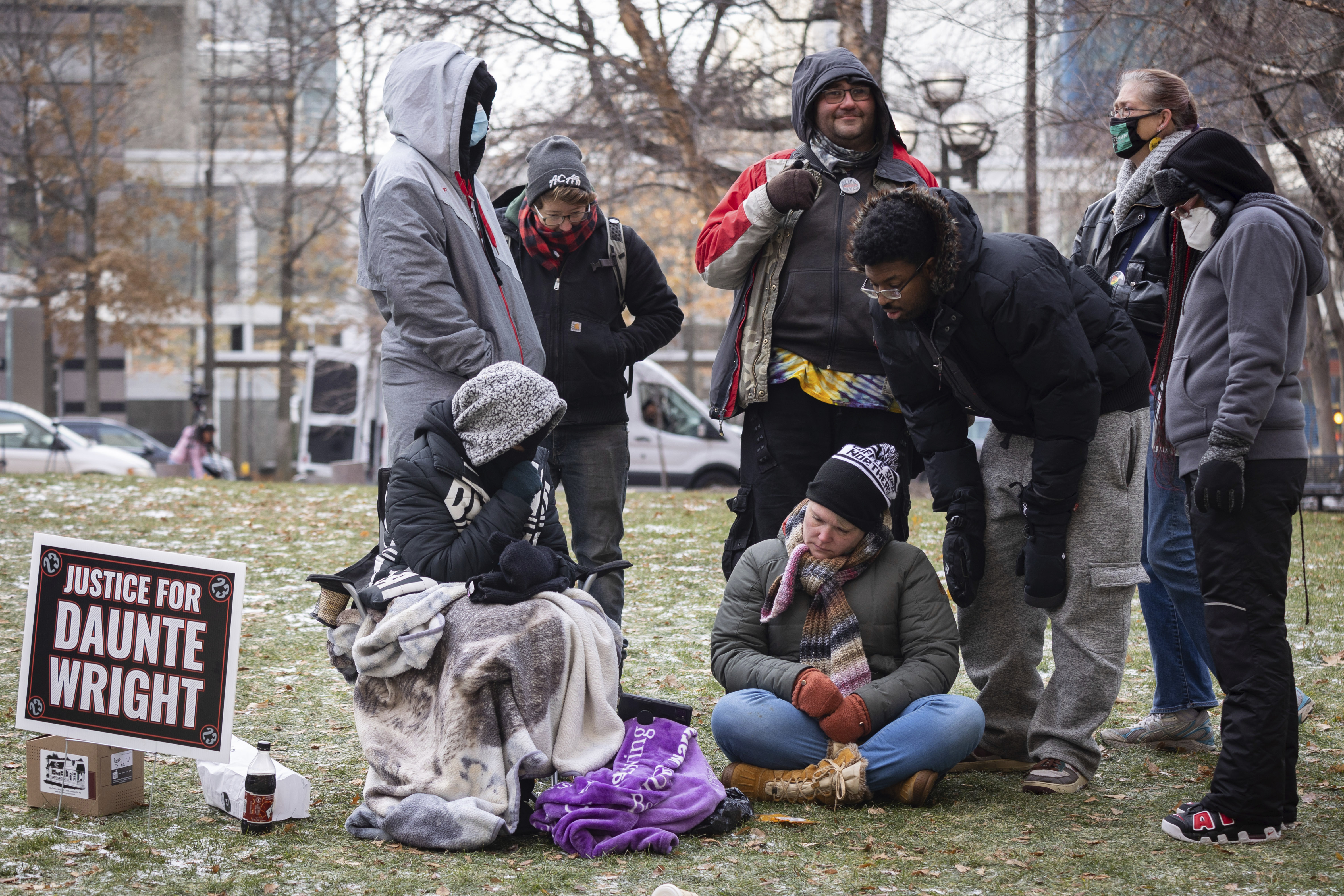 The defence began its case on Thursday.

Among those testifying was Potter's chief at the time, Tim Gannon.

Gannon called Potter “a fine officer” and said he “saw no violation” of policy by her in the traffic stop.

Gannon resigned two days after the shooting, saying he was essentially forced out because he wouldn't immediately fire Potter. Potter resigned the same day.

Gannon testified that it appeared to him from dashcam video that Sergeant Mychal Johnson, who was assisting in the stop, was “leaning into” Wright’s car.

He said it was his opinion that deadly force was reasonable.

Use-of-force expert Stephen Ijames, a former assistant police chief in Springfield, Missouri, testified Thursday that officers were legally bound to arrest Wright after discovering he had a warrant for an outstanding weapons violation.

Ijames, who said he wrote the Taser policy for the International Association of Chiefs of Police, also said it was very unlikely that Wright could have driven away had Potter actually used her Taser.

That contradicted a prosecution use-of-force expert who testified earlier that using either a gun or a Taser on Wright would have made things worse because he could have been incapacitated and his vehicle could have become a weapon.

After Potter shot Wright, his car took off and crashed seconds later into an oncoming vehicle, hurting his passenger and someone in the other car.

The case is being heard by a mostly white jury.