Witnesses say it's lucky no one was killed when a large sheet of metal was ripped from a Sydney building, flying through the air and smashing into cars parked on the other side of the street.

Florian Dusanter was filming the storm blowing through Sydney when what appeared to be an air conditioning duct broke loose from the top of his apartment building on Pittwater Road, Dee Why, on the Northern Beaches.

He told 9News.com.au it almost hit a group of people and it was scary to see something so big flying across the street. 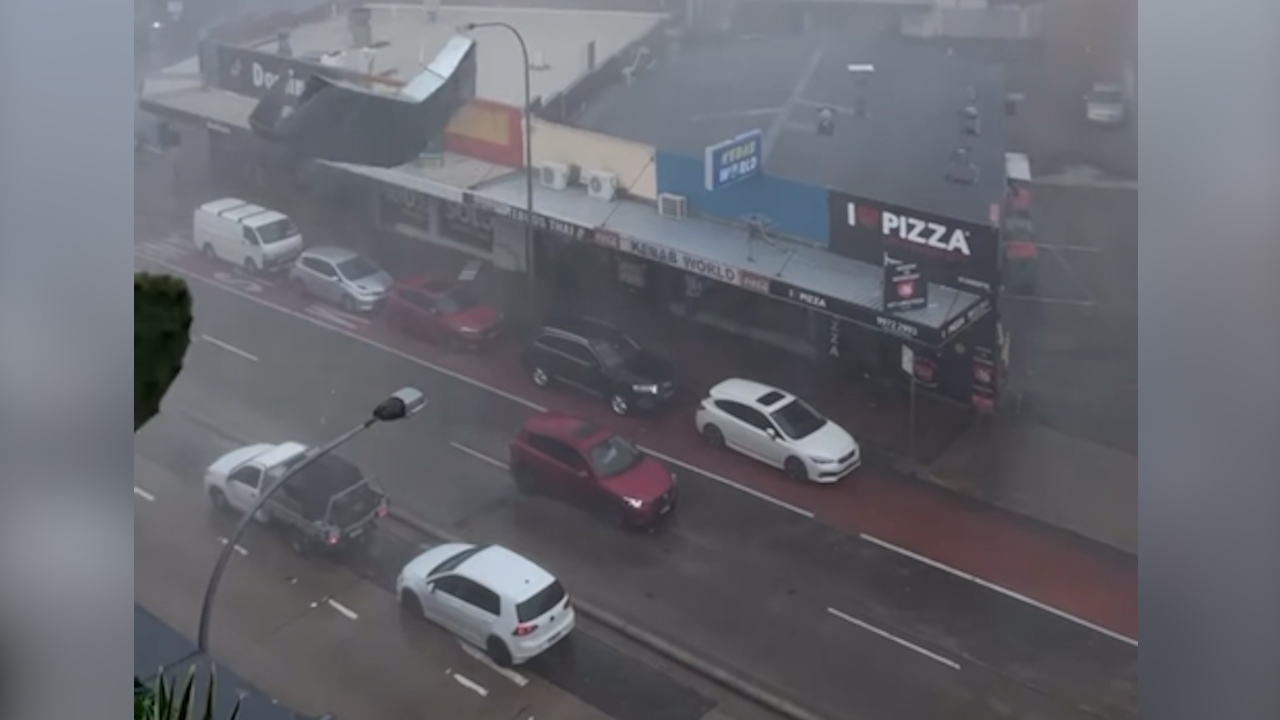 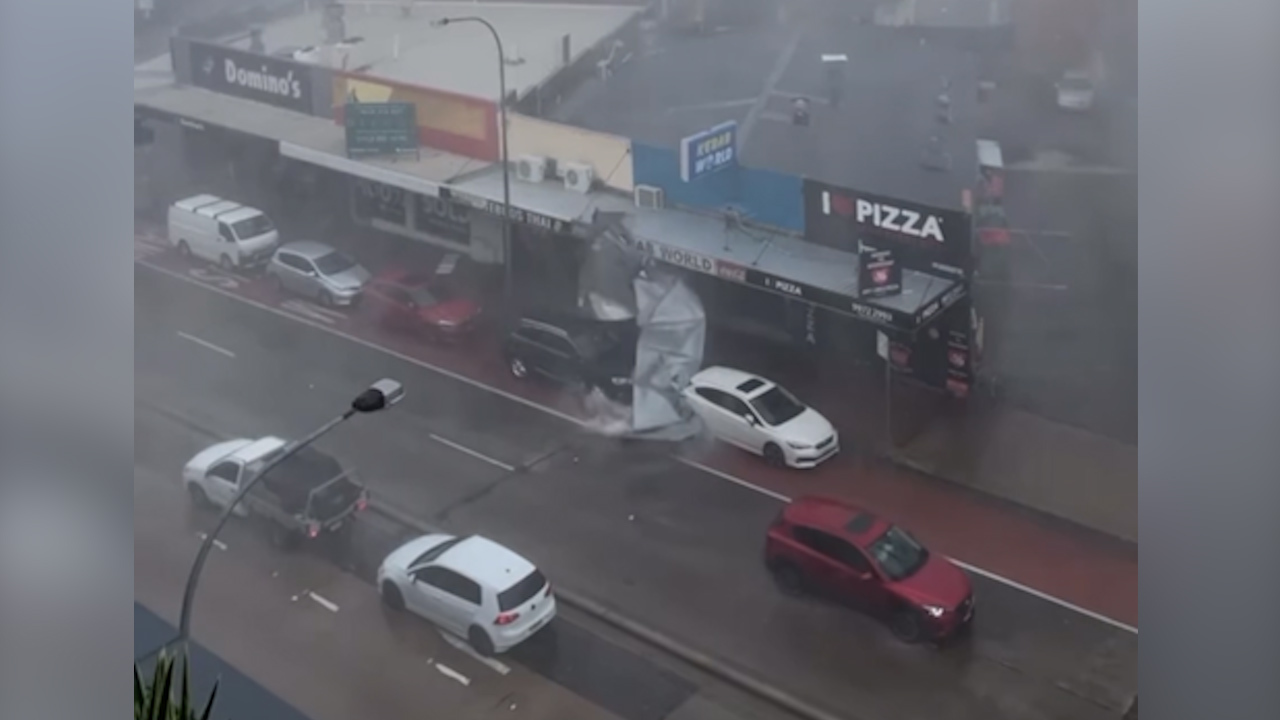 "No one got injured but it was really close," he said.

The video shows the heavy structure sailing across the street and landing on two cars in front of Roger Berti's Kebab World eatery.

Mr Berti said it was "very lucky" no one was walking past at the time.

"It would have killed them," he said.

"Just be very dangerous things because the very big part of the ventilation is coming down."

He said someone came to pick up one of the cars soon after the accident and the other was towed away. 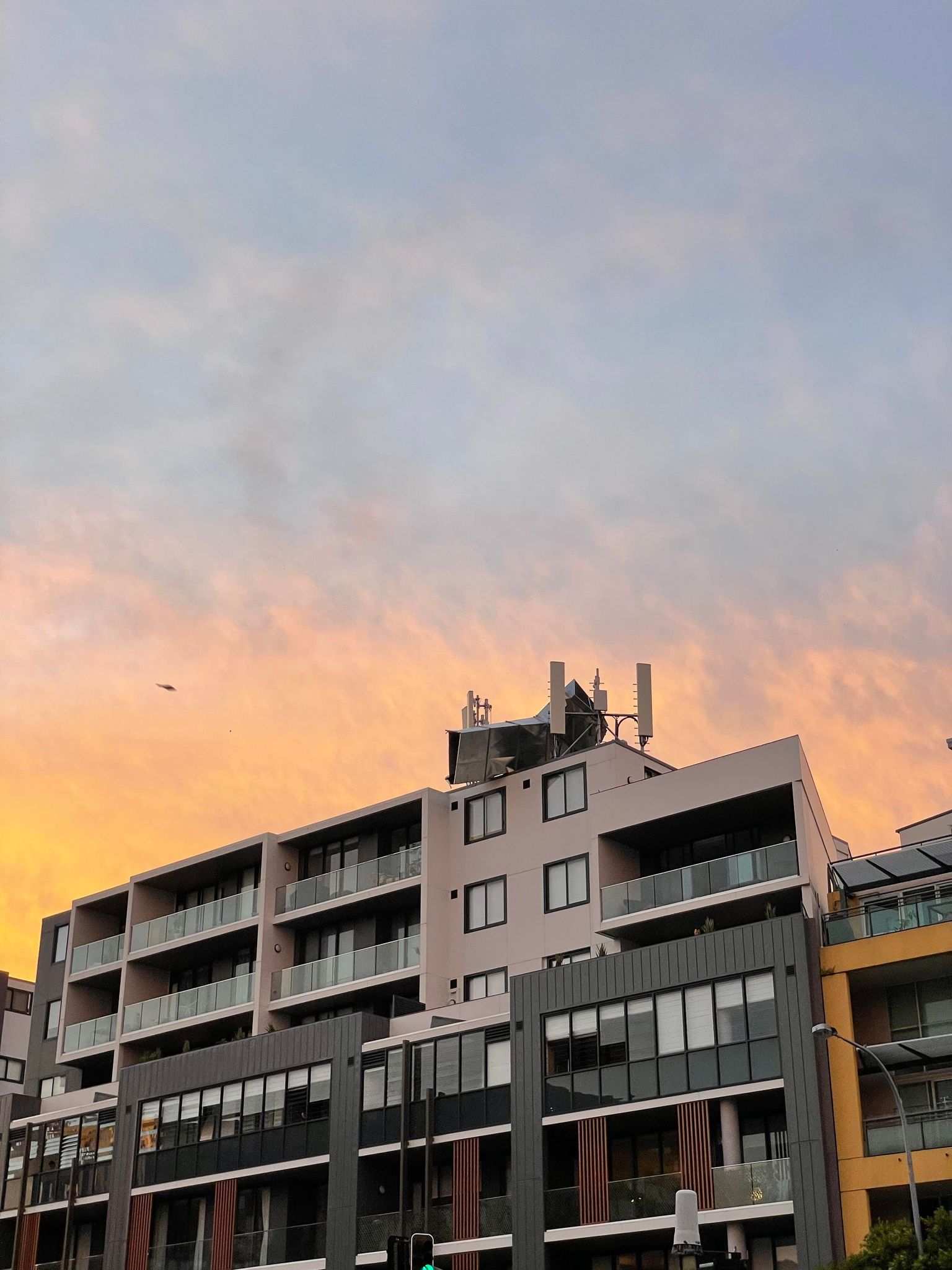 Firefighters were also called to secure the fallen structure.

Fawas Bazher, manager at Dee Why I Love Pizza next door, said the cars stopped the building from being damaged but things could have been much worse.

"It's heavy metal," he told 9News.com.au

"Like if it hit someone it would probably mean someone get killed by it."

Storms swept across Sydney on Sunday afternoon, downing trees and powerlines and ripping roofs and other debris from buildings across the Northern Beaches.

A woman in her 70s was killed and two other women — one in her 70s and one in her late teens — were left fighting for life when a tree fell in a car park at Ocean Street, Narrabeen.