A wild brawl at a Kmart store has been caught on camera.

The fight happened at 2.30pm Sunday in Adelaide's south.

Stunned customers watch as two women start fighting with one of the store's security guards at the shop at Colonnades Shopping Centre. 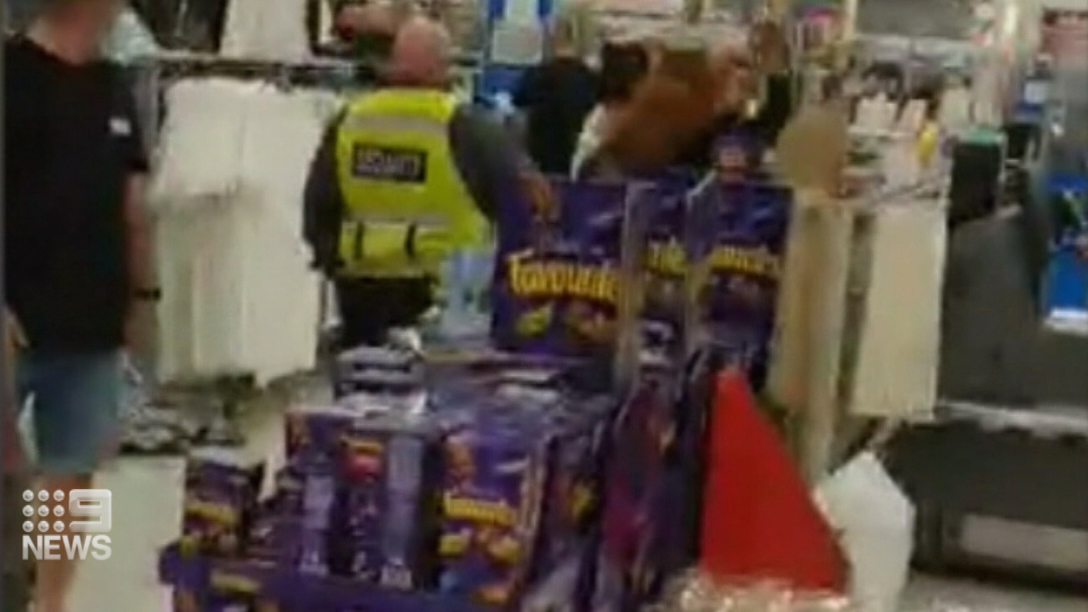 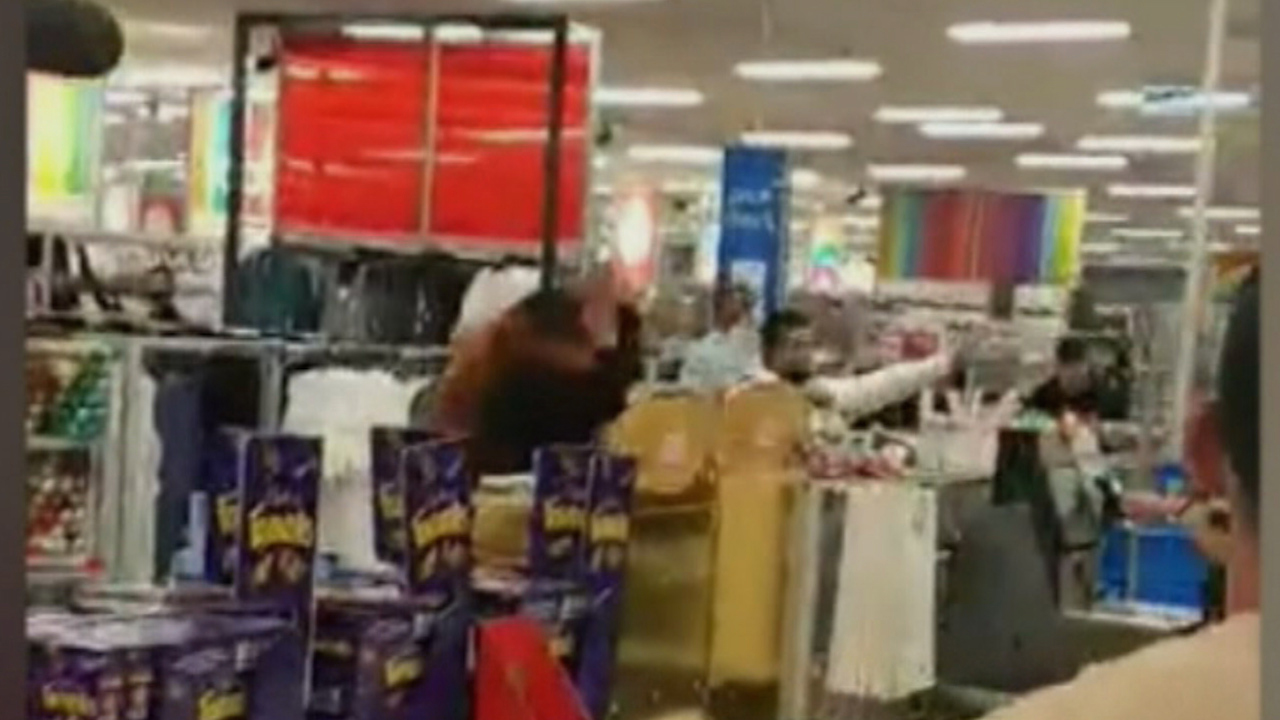 Seconds later, one woman begins grabbing items off nearby shelves and throwing them in anger.

The pair were eventually removed from the store.

A 50-year-old woman from Sturt has been charged with assault.

She's been given bail and will appear at Christies Beach Magistrates court later this month.

A 25-year-old woman was arrested for disorderly behaviour, and police are still working through whether or not she will also receive bail. .