An unprecedented fossil of a baby dinosaur curled up perfectly inside its egg is shedding more light on the links between dinosaurs and birds.

The 70-million-year-old fossil preserves the embryonic skeleton of an oviraptorid dinosaur, which has been nicknamed Baby Yingliang after the name of the Chinese museum which houses the fossil.

Baby dinosaur bones are small and fragile and are only very rarely preserved as fossils, making this a very lucky find, said Darla Zelenitsky, an associate professor in the department of geoscience at the University of Calgary in Canada. 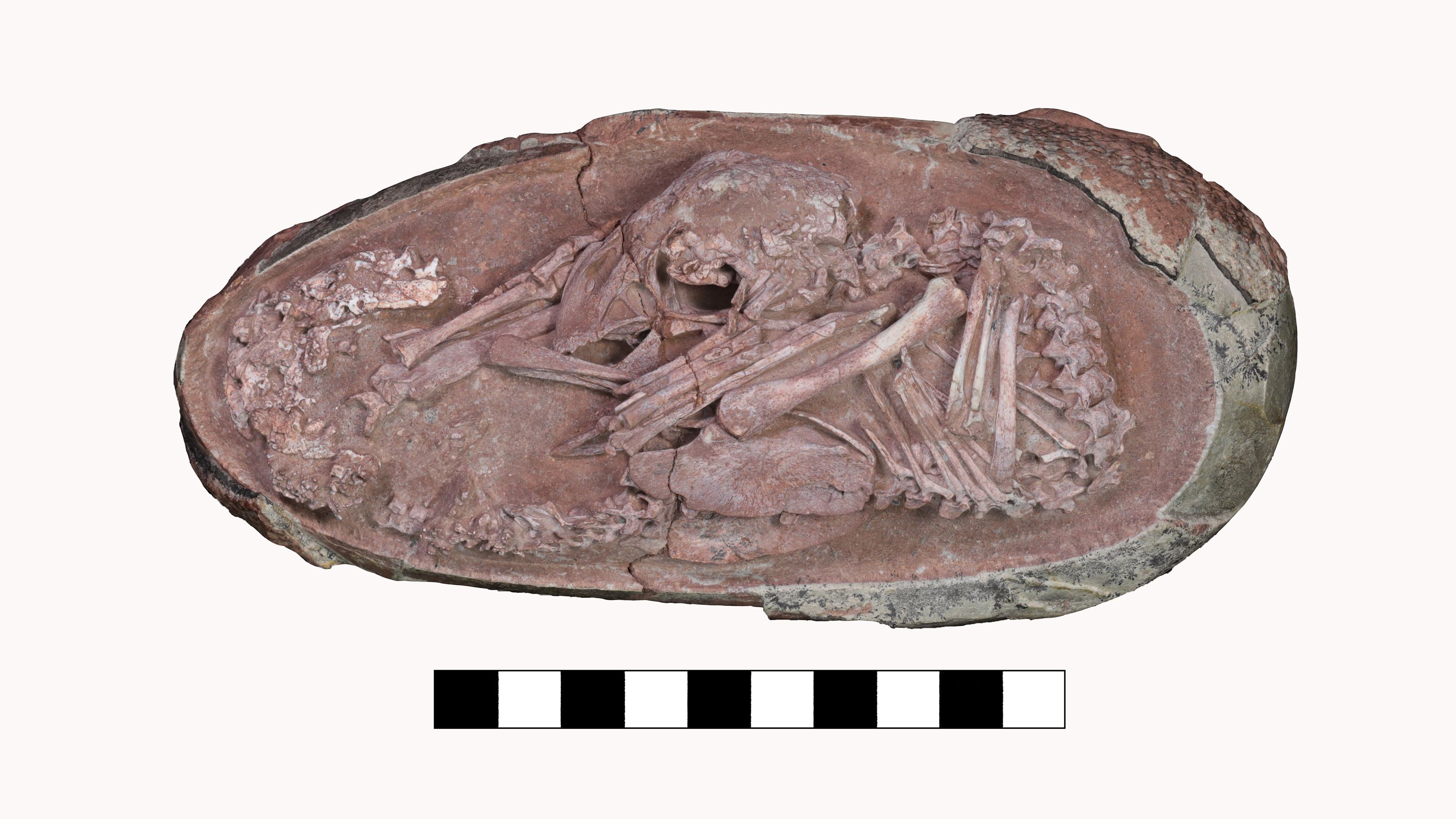 "It is an amazing specimen … I have been working on dinosaur eggs for 25 years and have yet to see anything like it," said Ms Zelenitsky, a co-author of the research that published in the journal iScience on Tuesday.

"Up until now, little has been known of what was going on inside a dinosaur's egg prior to hatching, as there are so few embryonic skeletons, particularly those that are complete and preserved in a life pose," she said in an email.

The egg is around 17 centimetres long and the dinosaur was estimated to be 27 centimetres long from head to tail. The researchers believe as an adult, had it lived, it would have been about two to three meters long. 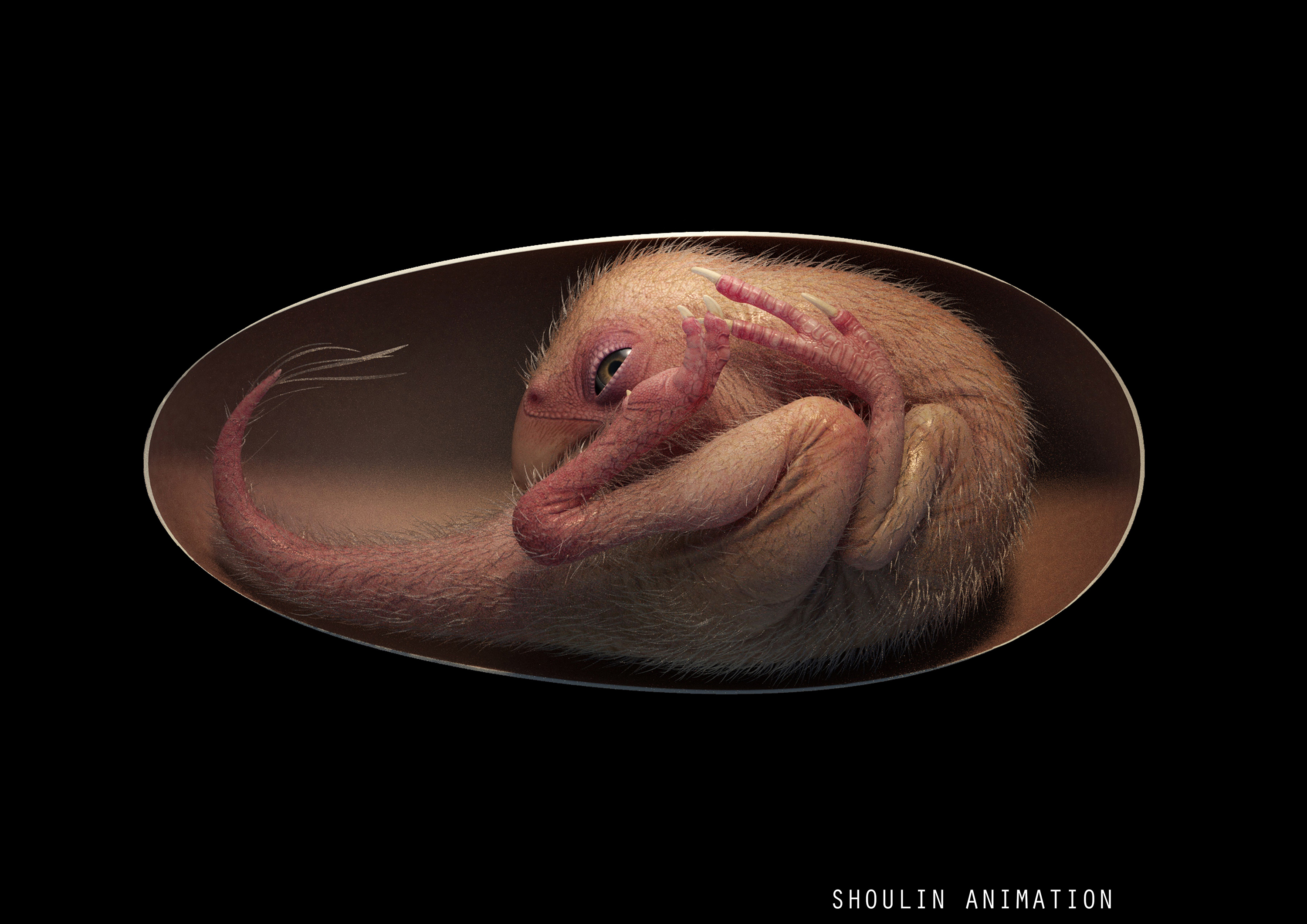 The researchers from China, the UK and Canada studied the positions of Baby Yingliang and other previously found oviraptorid embryos. They concluded that the dinosaurs were moving and changing poses before hatching in a way similar to baby birds.

In modern birds, such movements are associated with a behaviour called tucking, which is controlled by the central nervous system and is critical for hatching success.

"Most known non-avian dinosaur embryos are incomplete with skeletons disarticulated (bones separated at the joints)," said Waisum Ma, the lead author of the study and a researcher at the University of Birmingham, UK, in a statement.

"We were surprised to see this embryo beautifully preserved inside a dinosaur egg, lying in a bird-like posture. This posture had not been recognised in non-avian dinosaurs before."

All birds directly evolved from a group of two-legged dinosaurs known as theropods, whose members include the towering Tyrannosaurus rex and the smaller velociraptors.

The pre-hatching behaviour isn't the only behaviour modern birds inherited from their dinosaur ancestors. The same kind of dinosaurs are also known to have sat on top of their eggs to incubate them in a way similar to birds, Ms Zelenitsky said.

The fossil was found in China's Jiangxi province and acquired in 2000 by Liang Liu, a director of a Chinese stone company called Yingliang Group. It ended up in storage, largely forgotten until about 10 years later, when museum staff sorted through the boxes and unearthed the fossil during the construction of Yingliang Stone Nature History Museum. The museum is subsidised by the company.