In a bid to reduce "lengthy" test delays, South Australia has reversed a major testing requirement for interstate arrivals.

Those coming from New South Wales, Victoria and the ACT will no longer need a test on arrival and on day six.

The decision is based on the condition "no symptoms are present", Premier Steven Marshall said, and comes as COVID-19 cases from interstate travellers drop. 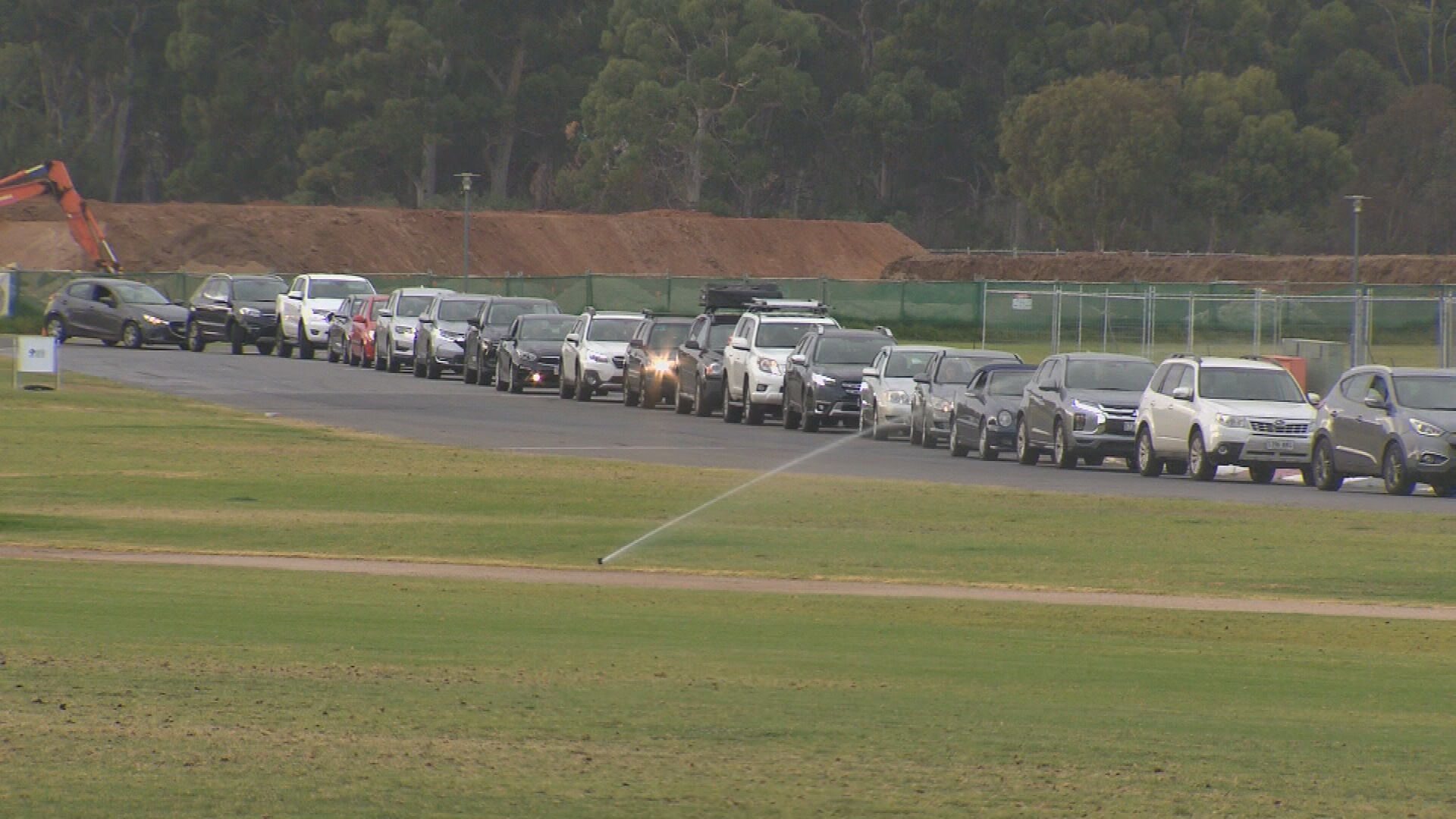 Of those, 134 were locally acquired accounting for 87 per cent of new infections. Interstate cases totalled only 2 per cent.

Five people are currently in hospital.

The testing policy was reversed 11 days after being introduced, amid concerns the health system is being overwhelmed.

Travellers are still required to have a PCR test 72 hours before departure. Anyone in the state who develops symptoms is urged to get tested and isolate. Wait times of up to eight hours have been reported at the Victoria Park drive-through clinic in Adelaide.

Mr Marshall apologised for testing delays, which he said are being seen around the country.

He urged residents to book in for an appointment to eliminate the long wait times currently being experienced.

"What we do want to avoid is having these lengthy line ups, which could potentially discourage people from doing the right thing," he said.

"Get online, and make that booking."