It's been more than 49 years since the plane José Luis "Coche" Inciarte was travelling in crashed in the Andes, sparking a desperate fight for survival.

Over 72 days, trapped 3600 metres high in a glacial valley amongst the world's longest mountain range, the 27 survivors were hit with freezing temperatures, an avalanche and had to eat human flesh to survive.

The ordeal inspired the movie 'Alive' and countless memoirs have been written about what became known as the "Miracle in the Andes". 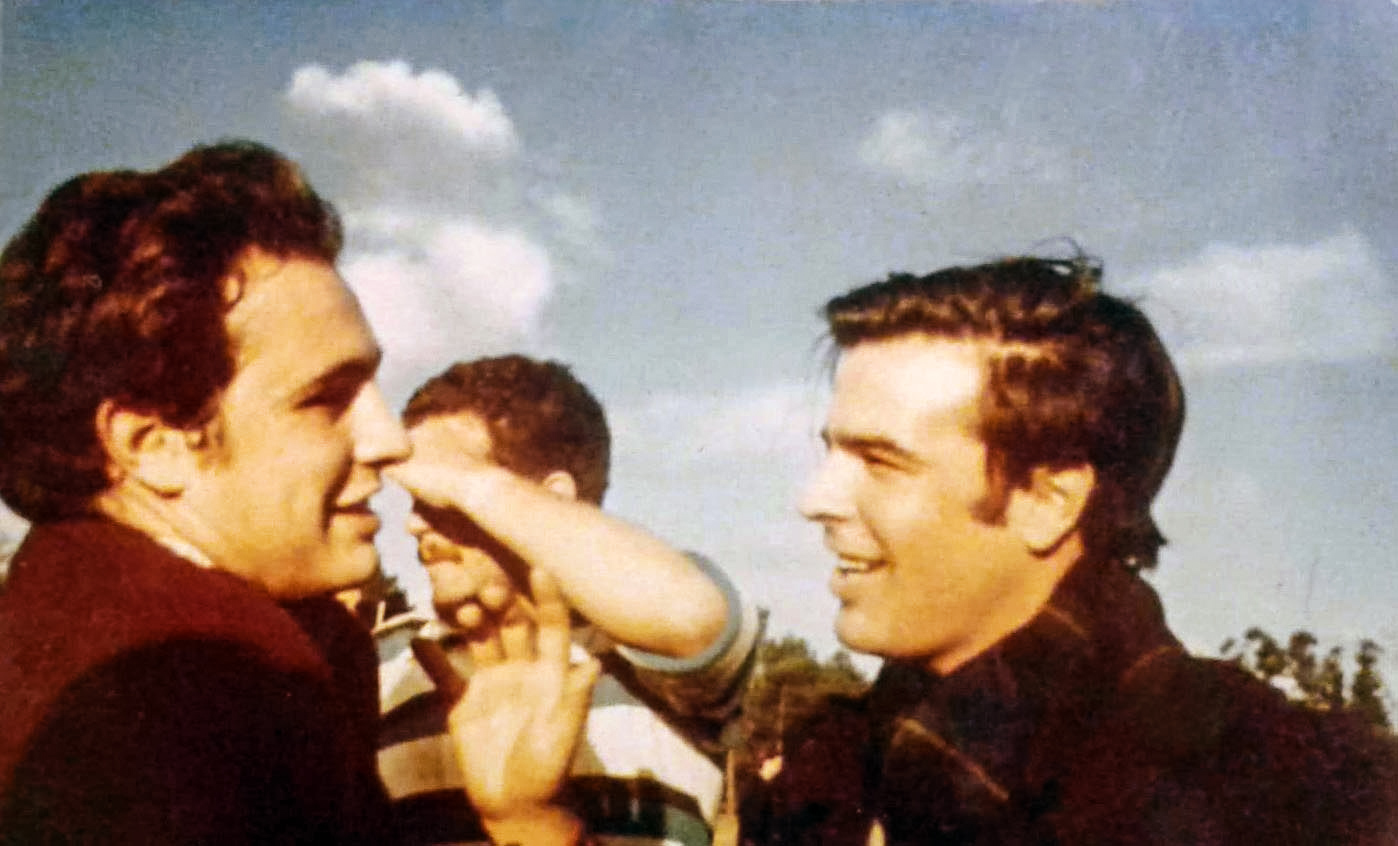 Speaking to 9news.com.au Coche said every day he asks himself "why" he survived, when so many of his friends didn't make it.

He also revealed the difficulty in eating the flesh from his dead friends after a remarkable "pact" had allowed some to survive for months, in some of the most inhospitable terrain on the planet.

It was Friday, October 13, 1972 when the Uruguayan Air Force Fairchild F-227 set off over the South American mountain range carrying more than 40 members and players of the Old Christians' rugby team.

Their destination was Santiago, the capital of Chile, but as the plane crossed the Andes, disaster struck. 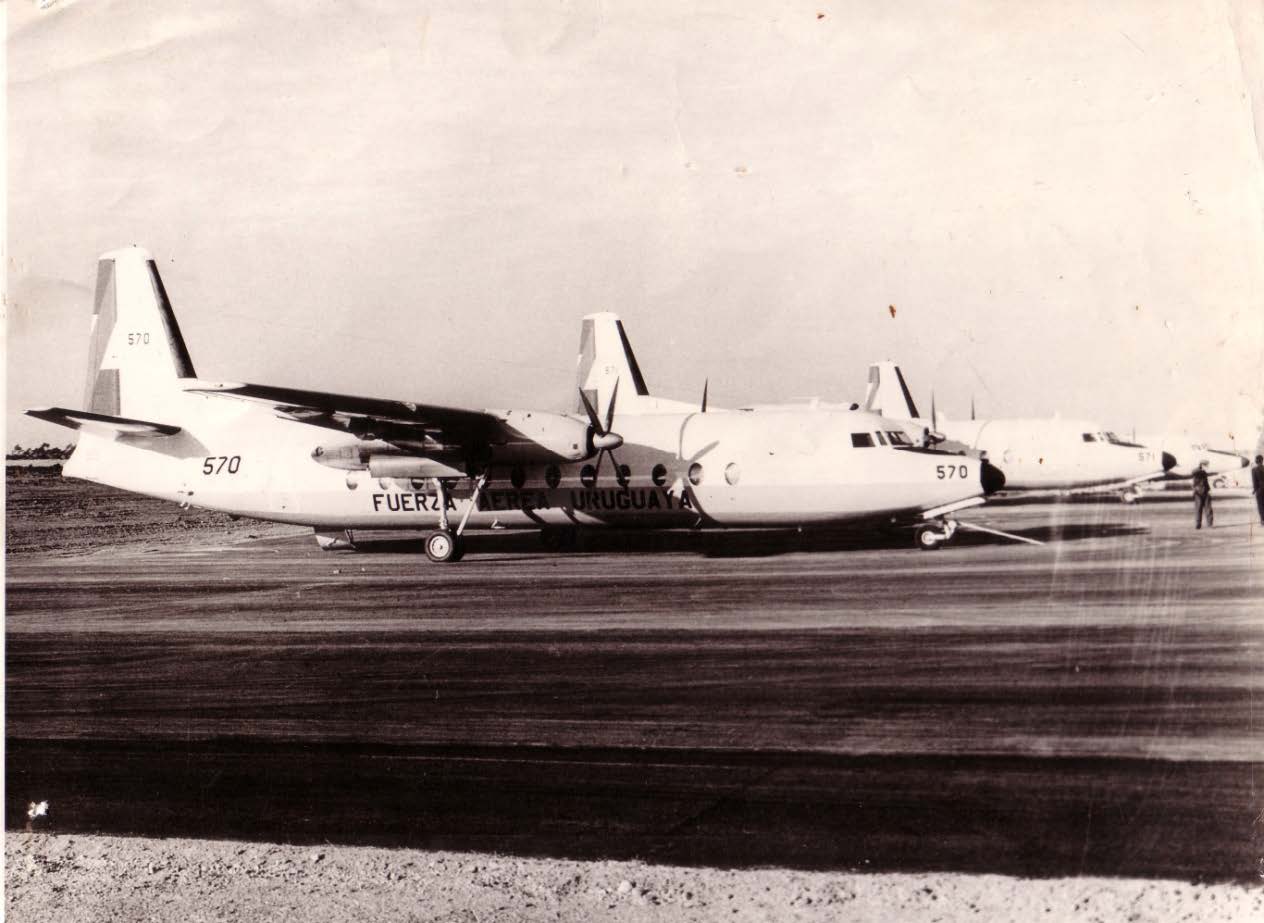 One of two deep air pockets hit that day caused the plane to drop 1000 metres.

The plane slammed into a mountain, which sheered off both wings and the tail section of the plane.

Coche said the sounds of the crash still haunts him.

"I realised we were having problems when I heard the pilot say to the mechanic 'give me power, give me power'," Coche who details the ordeal in his memoir Memories of the Andes, said.

"In that precise moment I heard a great explosion.

"I put my head between my knees, and shut my eyes and I only opened it once again when the plane stopped sliding down the mountain.

"I only heard the noise produced by the metal of the plane rushing on the snow.

"I can't forget that noise. I was thinking, I was going to die."

Remarkably, Coche only sustained a small scratch to his knee during the crash. 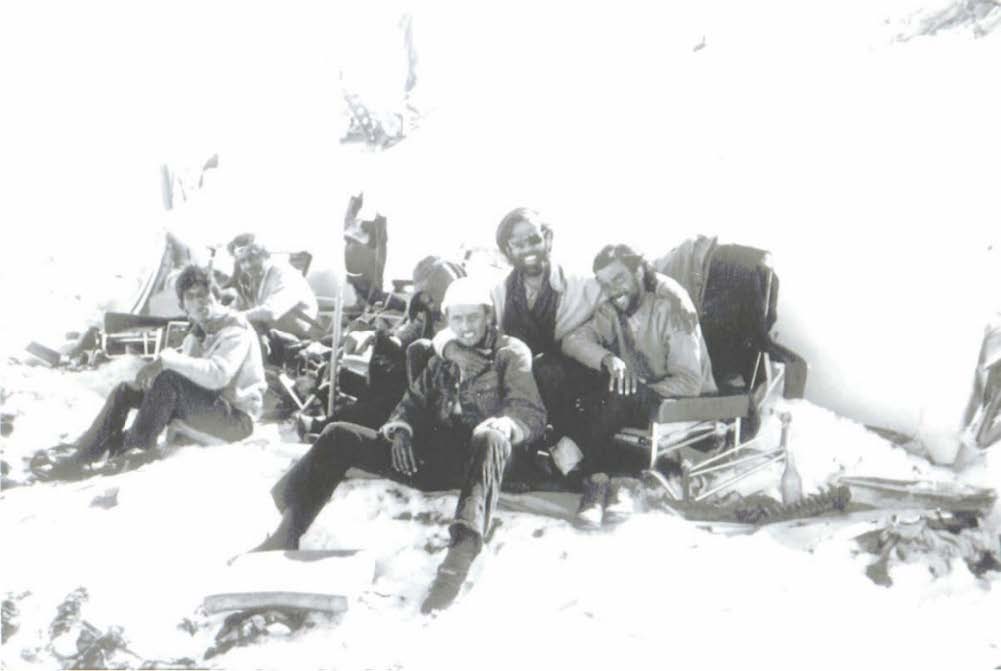 "If I had a fall from a bike I would have gotten a worse injury," he said.

"But a plane crashing in the middle of the Andes? A scratch."

The aftermath of the crash

After the crash "came a great silence".

It was broken only by the sounds of crying, and screaming.

"I lifted my head from my knees and what I saw was horrific," Coche said.

"All kind of bodies, blood and other things."

Among the dead where Coche's best friend Gaston, who he had originally tried to sit next to in the tail section of the plane. The seat was already taken.

That first night the cold was unbearable.

"It was the longest night of my life and the coldest one too," Coche said, explaining the survivors huddled together in the broken fuselage for warmth.

"I never thought I would see another morning".

But night turned to morning, which turned to day — over and over the cycle repeated.

The survivors cleared the fuselage of bodies and twisted chairs and melted snow for water.

"Every day we were waiting, sitting in the snow, waiting for the rescue that never came," Coche said.

On Day 10, the survivors were dealt a devastating blow.

Over the radio, they heard the search for the wreckage had been called off.

Trapped at an altitude where no animals or plant life grows, the remaining survivors were forced to make a pact; they offered their bodies as food for the others should they succumb to the elements. 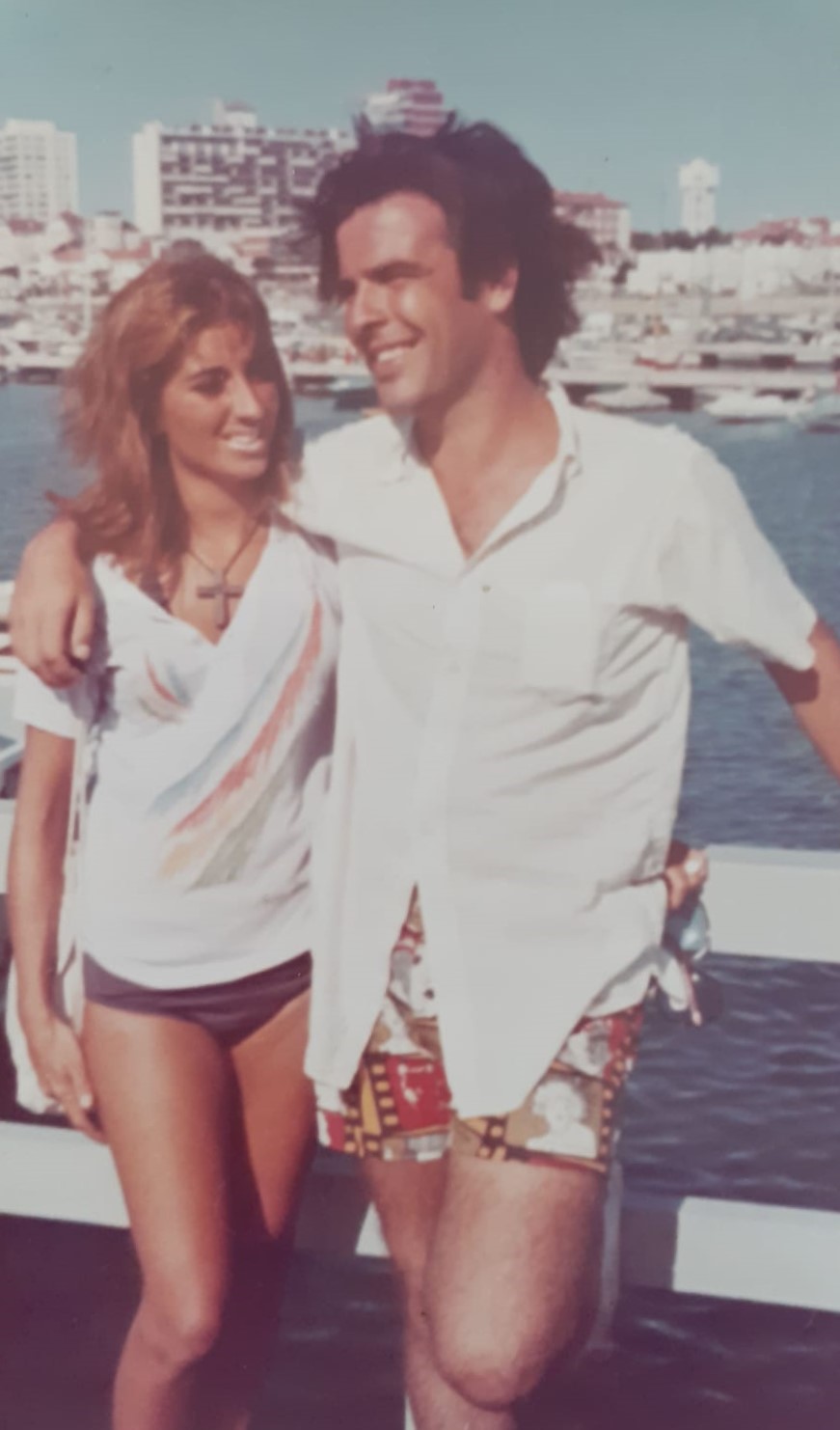 "We were going to die starving," Coche said.
"We made between us, those who were still alive because the dead couldn't speak for themselves, a pact.

"It was the most wonderful pact I've ever seen between man in that situation; in essence it was to honour life."

But while Coche recognised the need for food, his body didn't obey him.
"Making the decision to eat the human flesh of our friends, and then doing it, executing it, was a great space between each other," he said.
"The hand doesn't obey with you, and the mouth doesn't want to open, the throat can't swallow.

"It was very difficult. It took many days to eat one piece. I ate so little."

Coche lost 45 kilos over the 72 days he was trapped in the Andes.

The day of the 'terrible avalanche'

The sixteenth day after the crash, an avalanche tore down the slopes of the Andes and trapped the survivors in the fuselage.

Eight more people died, buried under the ice and snow.

"After the avalanche something worse came among us," Coche said.

"This terrible avalanche was worst of the 72 days, because we stayed for three days under the snow inside the plane."

On the third day the survivors dug a small tunnel from the left window of the cockpit.

They emerged to a dazzling view. Coche said it felt symbolic; almost like being reborn.

"It was a beautiful blue sky, the sun was shining and the snow was very, very clean," Coche said.

The hours passed to days, which gave way to weeks.

On December 23 – 49 years to this day – Coche heard a sound he'd almost given up hope of hearing; the thumping whir of helicopters. 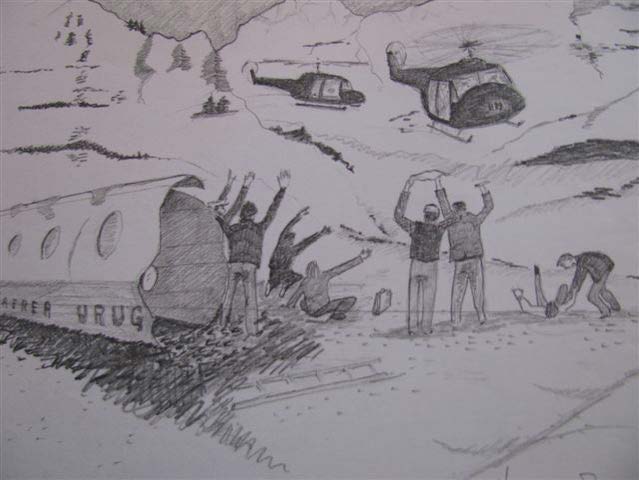 Nearly two weeks prior three survivors, Roberto Canessa, Nando Parrado and Antonio Vizintín, had made the decision to trek out to get help.

In the end Mr Vizintín turned back. But Mr Canessa and Mr Parrado were successful.

They trekked for 10 days through the Andes and alerted authorities to the plight of the remaining 16 survivors.

"Beautiful engines flying around us. We were very, very happy." 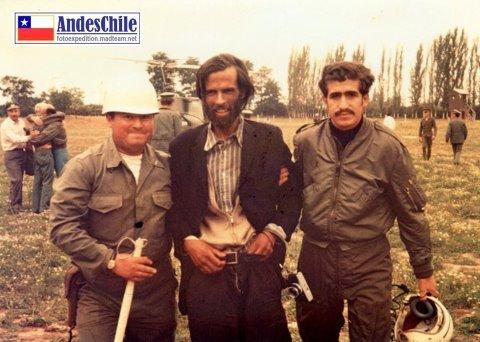 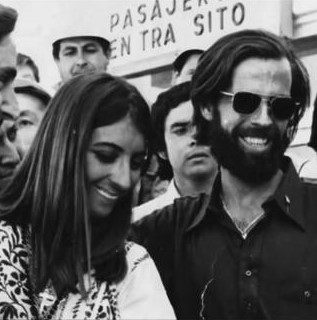 'Almost 50 years have gone by'

Today he has three kids and eight, "almost nine" grandkids, with one due around March. 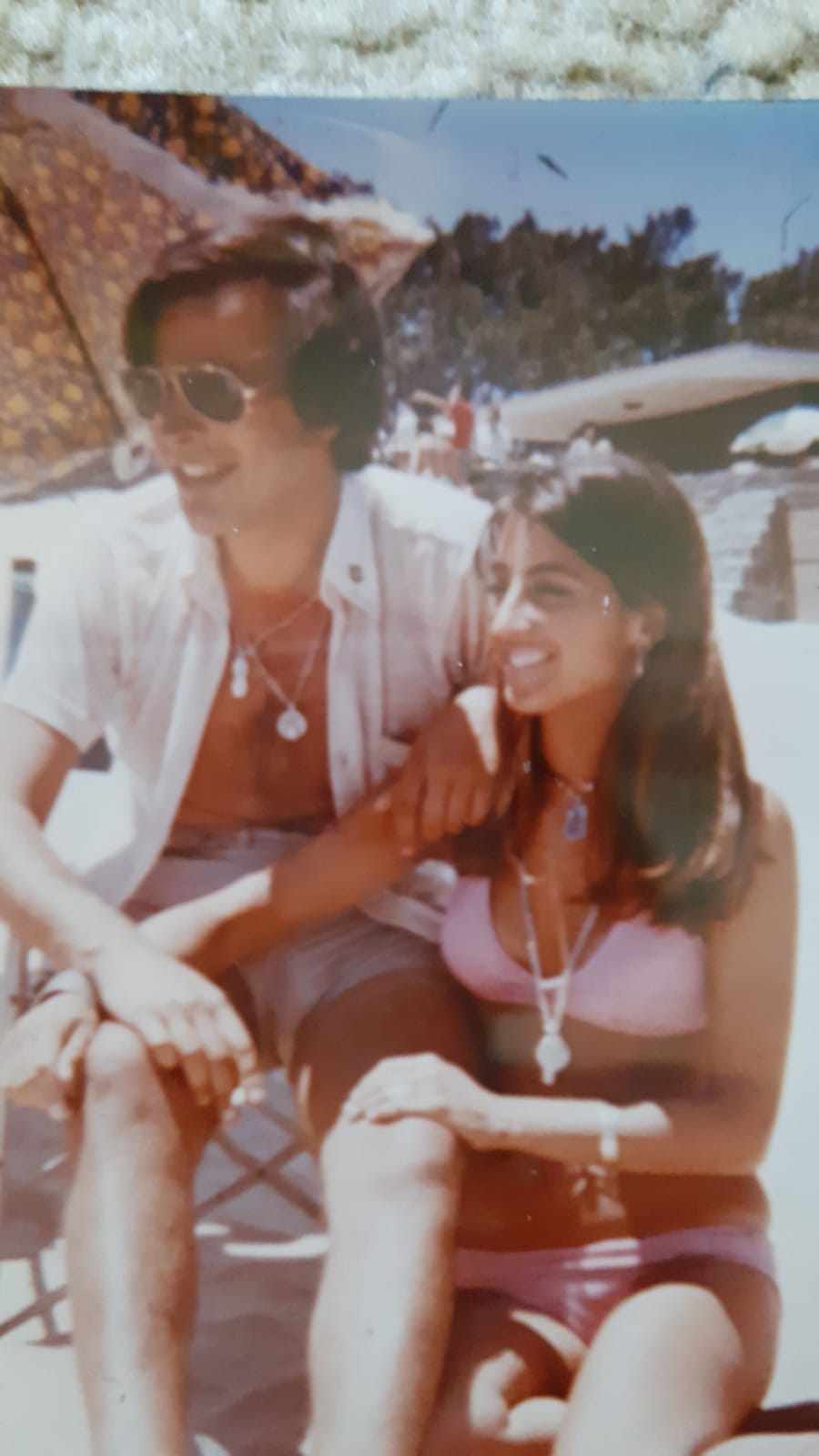 "I was very hurried to have my own family, I thought so many times on that mountain I would never have one," he said.

He was diagnosed with cancer and has beaten the disease twice.

As the decades pass, Coche still struggles to make sense of the ordeal.
"I'm by no means a master of this experience," he said.

"It's been nearly 50 years since the crash and I am still asking myself 'what happened?' Why me, why me and not another?

"I don't have a reasonable response to that question. Those 72 days were horrific; the worst a man can live.

"I don't know why we survived in a place human life, or animal and vegetables, can't live." 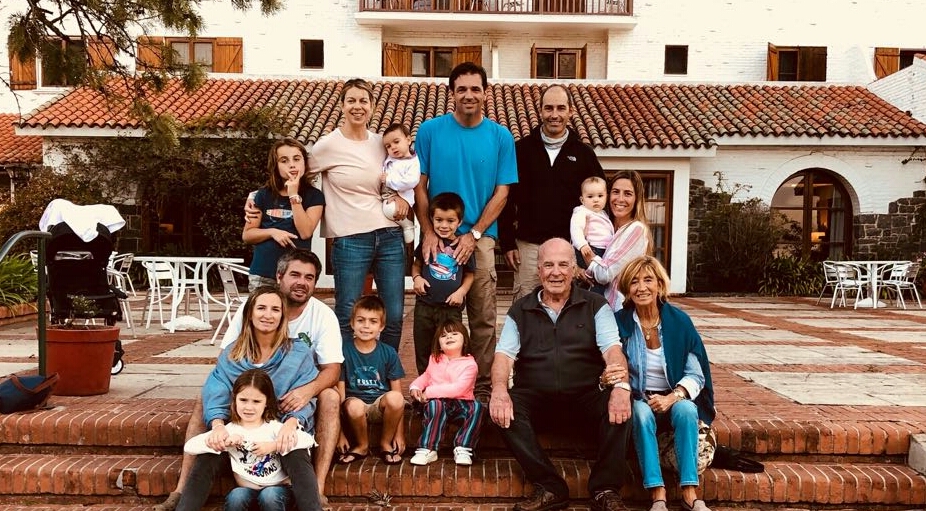 Coche said if he could share one lesson from his time in the Andes it would be "don't give up".

"Never give up. Continue," he said.
"If the mind gives orders the body has to obey."