Days before Christmas, a South Australian woman has been left devastated after her car went up in flames early this morning.

More than 50 presents were inside the vehicle, destined to be delivered to charity today.

READ MORE: Two funerals and a wedding on Zoom in horror year for Brisbane mum trying to get home 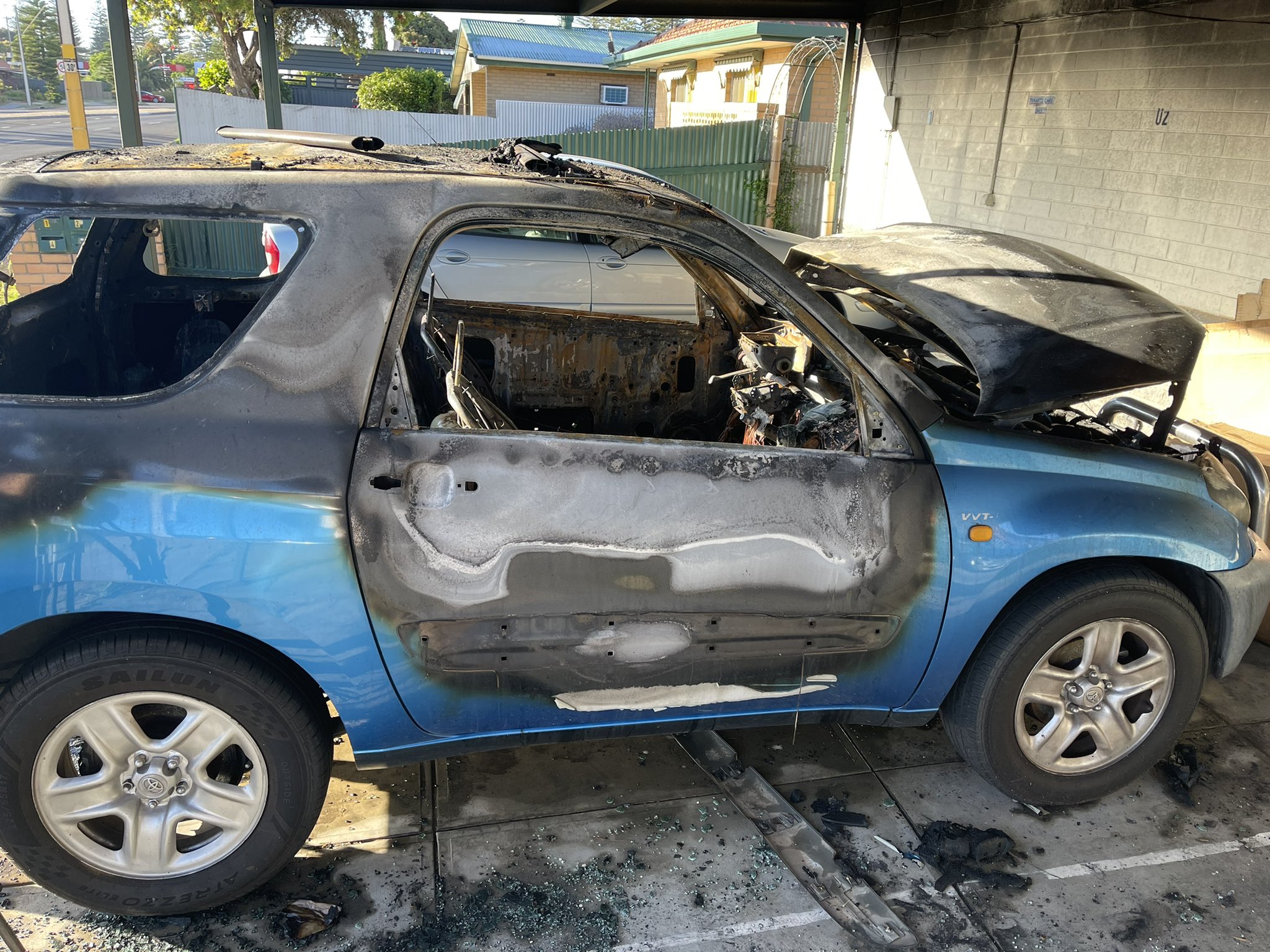 Police and firefighters were called to the scene at 12.15am.

South Australia Police is now investigating the fire, which is believed to have been "deliberately lit".

"Luckily the fire did not spread and no one was injured," SA Police said.

Anyone who saw anything suspicious is asked to call Crime Stoppers on 1800 333 000 or make a report online at www.crimestopperssa.com.au.