A fossilised tree from more than 200 million years ago has been unearthed during construction works in Brisbane, providing a rare glimpse into Pangea-era Queensland.

The fossil, believed to have been preserved by volcanic activity around the time of Australia's split from the world's supercontinent, was discovered by geologists working on the city's Cross River Rail project.

The petrified tree trunk, which resembls mounds of rock, was discovered 30 metres underground in a cross passage between twin rail tunnels. 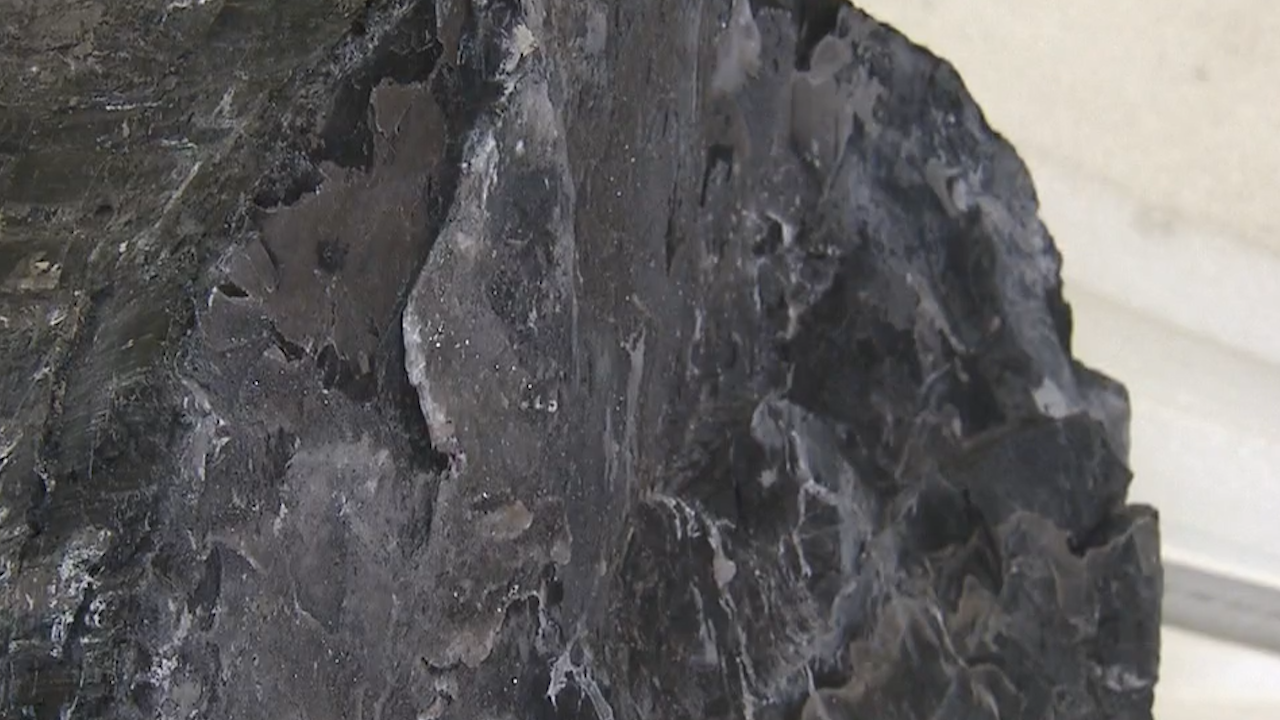 "This is the oldest thing that we've found on the project," tunnels manager Brad Sandford said.

"If it had been five metres to either side then we wouldn't have seen it at all."

The tree resembles a pine tree, believed to have stood 20 metres tall, and preserved in the rock for hundreds of millions of years, predating most dinosaurs. 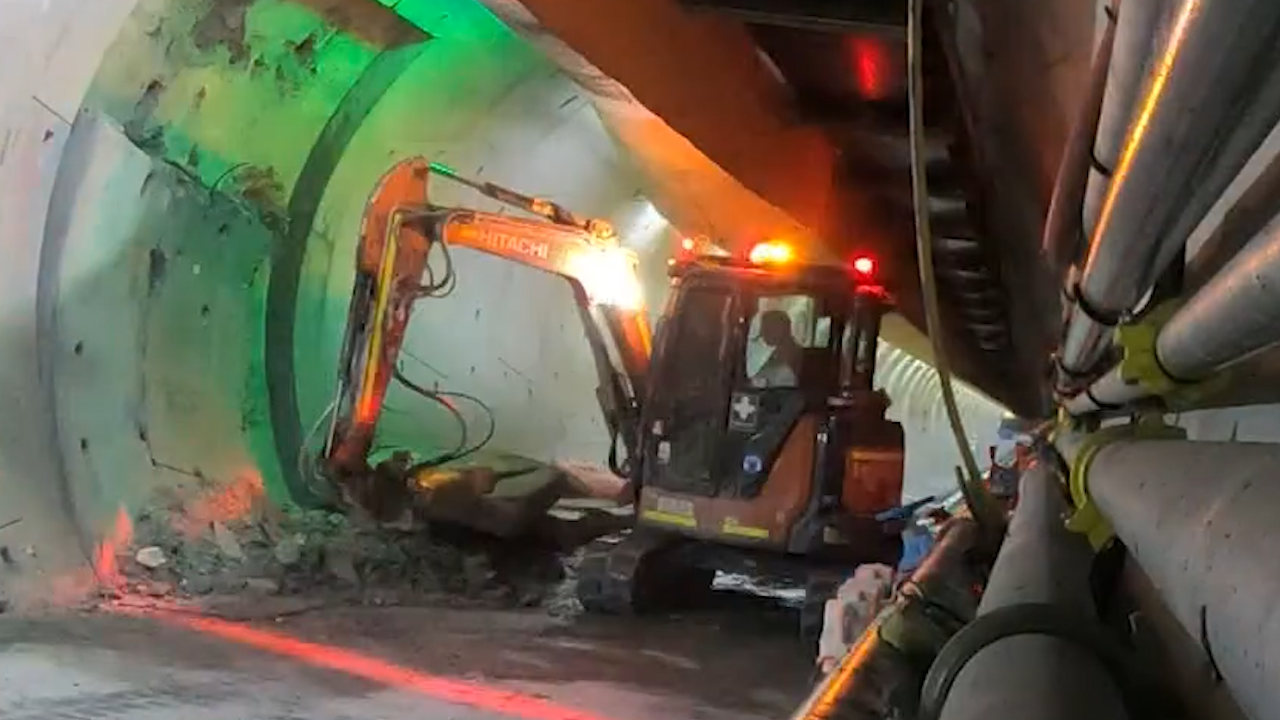 Scientists say 220 million years ago was the Triassic period, and that parts of Brisbane, like Kangaroo Point where the tree was discovered, may have once resembled a swamp-like valley.

"Things like amphibians, giant salamander-like animals, you would have had small dinosaurs running around," Dr Andrew Rozefelds from the Queensland Museum of Geosciences said.

He added analysis of the fossil revealed evidence of volcanic activity and it's likely the tree became immersed in ash and lava, preserving it in stone.

"The rocks actually tell us that there were volcanoes erupting at the time," Dr Rozefelds said. 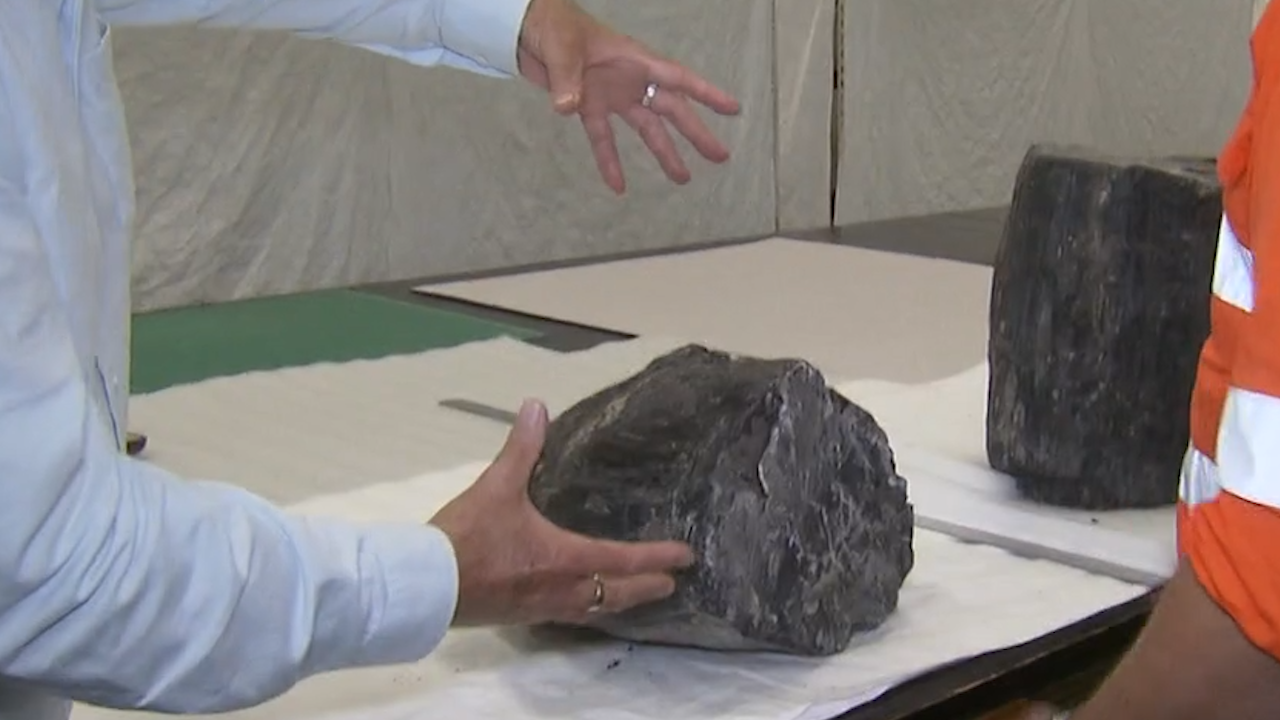 He said the fossil could help piece together new information of life in that period, but that it's unlikely any organic material remained in the stone.

"With the amount of heat being generated through this eruption and then the compaction of the rocks above it, it would probably denature most of the DNA."