A monument at a Hong Kong university that was the best-known public remembrance of the Tiananmen Square massacre on Chinese soil was removed early Thursday, wiping out the city's last place of public commemoration of the bloody 1989 crackdown.

For some at the University of Hong Kong, the move reflected the erosion of the relative freedoms they have enjoyed compared to mainland China.

The eight-metre-tall Pillar of Shame, which depicts 50 torn and twisted bodies piled on top of each other, was made by Danish sculptor Jens Galschioet to symbolise the lives lost during the military crackdown on pro-democracy protesters in Beijing's Tiananmen Square on June 4, 1989. 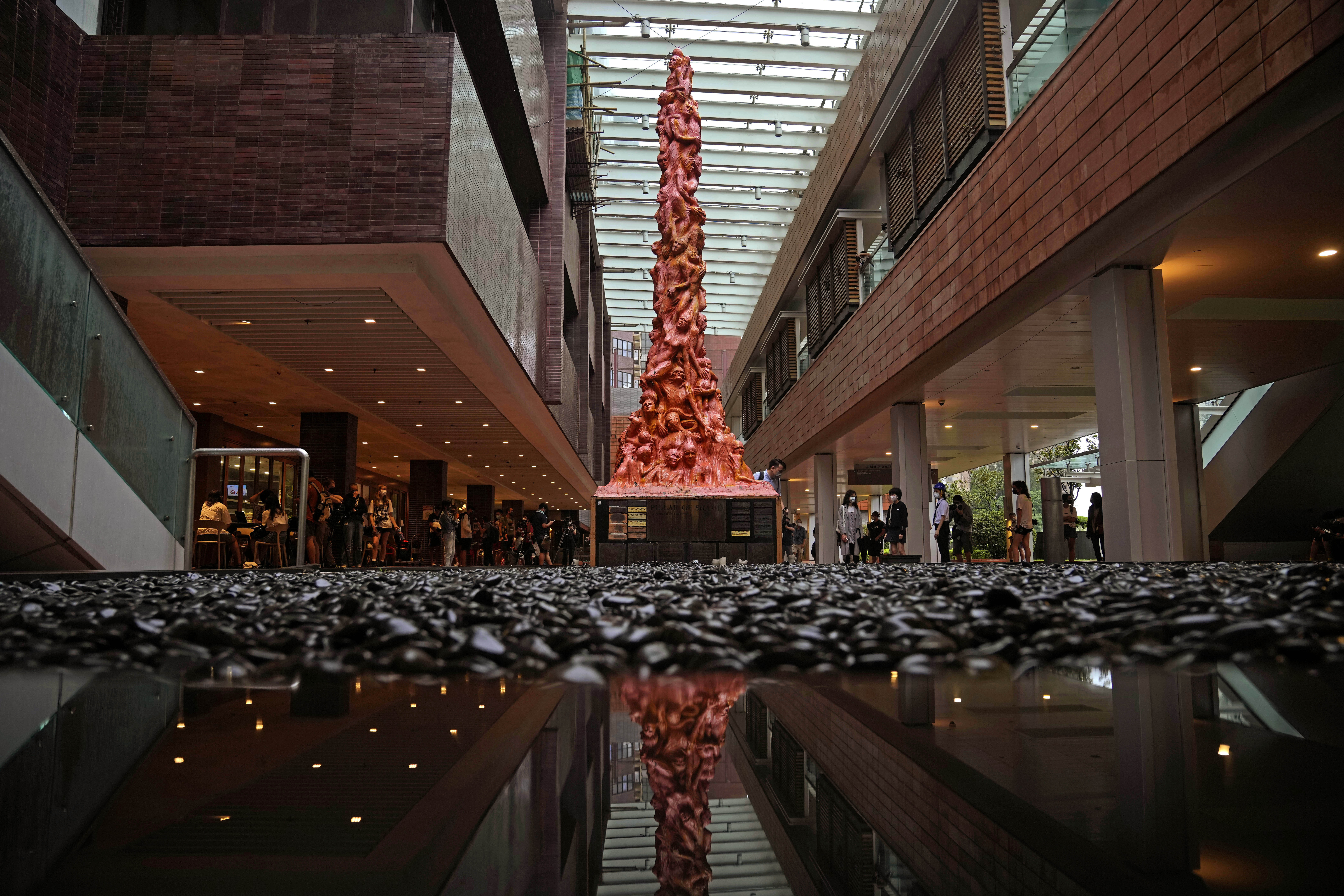 The university said it asked that the sculpture, which had been standing on its campus for more than two decades, be put in storage because it could pose "legal risks."

"No party has ever obtained any approval from the university to display the statue on campus, and the university has the right to take appropriate actions to handle it at any time," it said in a statement after its removal.

Each year on June 4, members of the now-defunct student union would wash the statue to commemorate the massacre. The city, together with Macao, were the only places on Chinese soil where commemorations of the crackdown were allowed. 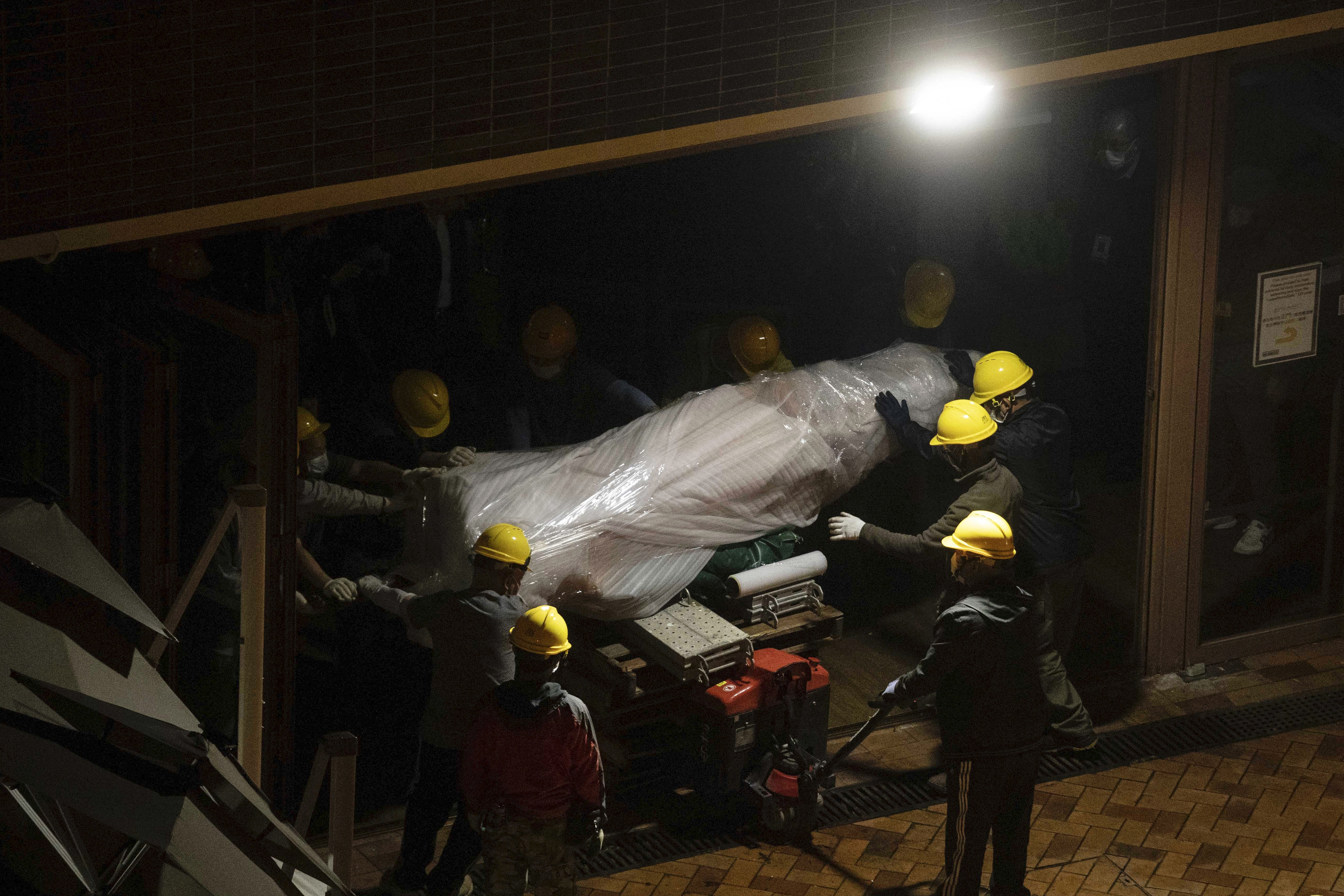 Authorities have banned annual Tiananmen candlelight vigils for two consecutive years and shut down a private museum documenting the crackdown. The group that organised the annual vigil and ran the museum, the Hong Kong Alliance in Support of Patriotic Democratic Movements of China, has since disbanded, with some of its key members behind bars.

The dismantling of the sculpture came days after pro-Beijing candidates scored a landslide victory in Hong Kong legislative elections, following amendments to election laws allowing the vetting of candidates to ensure they are "patriots" loyal to Beijing.

Hong Kong leader Carrie Lam traveled to Beijing this week to report on developments in the semi-autonomous Chinese city, where authorities have silenced dissent following Beijing's imposition of a sweeping national security law that appeared to target much of the pro-democracy movement following mass protests in 2019.

READ MORE: US man wore a wire and risked his life to expose who was in the KKK The Pillar of Shame became an issue in October, when activists and rights groups opposed a university demand that it be removed following "the latest risk assessment and legal advice." Galschioet offered to take it back to Denmark provided he would not be prosecuted under the national security law, but has not succeeded so far.

Galschioet said he has been promised a spot for the sculpture in a park across from the Chinese Embassy in Washington, DC, and was also offered places in Norway, Canada and Taiwan.

He compared the removal of the sculpture to "driving a tank through Arlington Cemetery," a burial ground for American war veterans.

"Grave desecration is also very frowned upon in China, but that's really what it is. It is almost a sacred monument," he told The Associated Press. "It is a a sculpture for those who died." 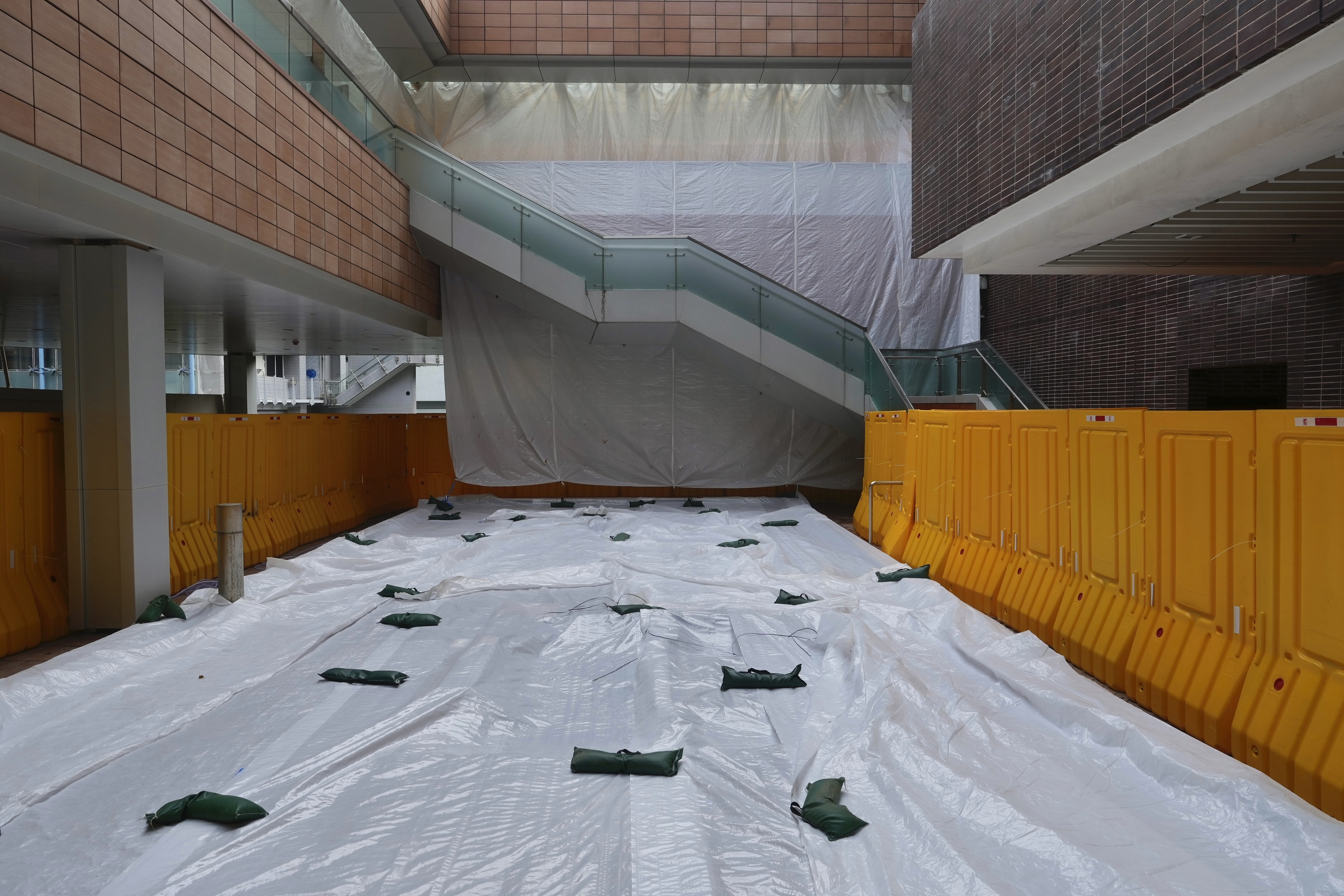 "The Danish government cannot decide which art other countries' universities choose to exhibit. But for me and the government, the right to speak peacefully — through speech, art or other means — is a completely fundamental right for all people. This is also true in Hong Kong," he said.

Billy Kwok, a University of Hong Kong student, said the Pillar of Shame has been treated as part of the university by many who studied there.

"It's the symbol of whether (there is still) … freedom of speech in Hong Kong," he said. 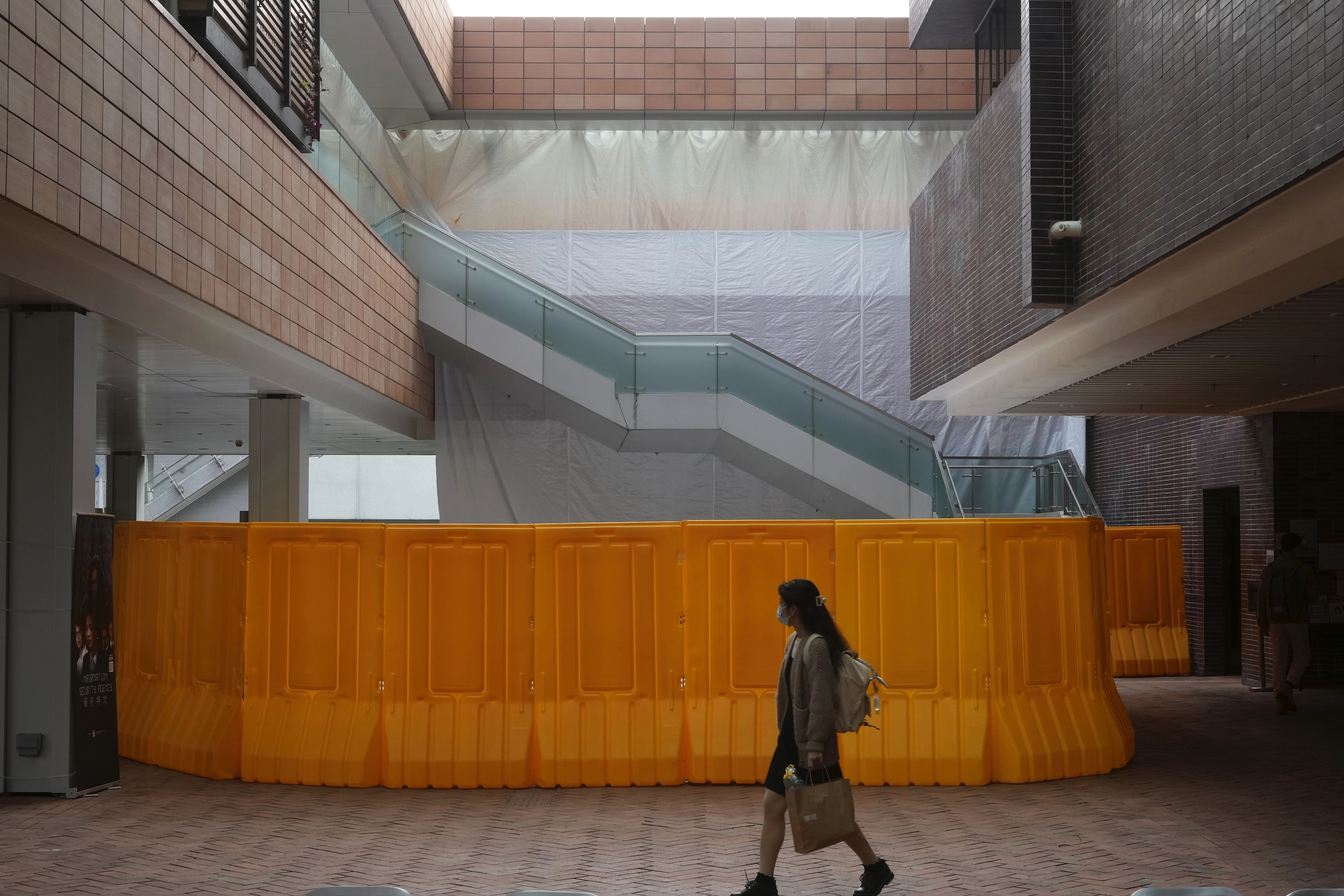 An employee at the university, Morgan Chan, said its removal "doesn't mean that history will be erased, and removing the pillar doesn't mean people won't learn about the history."

Wang Luyao, a student, had a more mixed reaction.

"To me, because I am from mainland China, perhaps my understanding of the Pillar of Shame is not as deep as the locals or students from Hong Kong and it is not that significant to me," Wang said.

"For me, it's like a landmark which provides an approach to understanding. For the University of Hong Kong, it should also be considered a landmark."