For a while there, it appeared we might be able to ring in New Year's Eve in major cities across the world with something resembling big past celebrations.

Another COVID-19 surge and the rapid spread of the new Omicron variant of the coronavirus have dashed those hopes – at least in some parts of the world.

In New York City, the New Year's Eve celebration in Times Square will be "scaled back," with fewer revellers and everyone required to wear a mask, Mayor Bill de Blasio's office said on Thursday.

But some major cities in Europe, where the spread of Omicron has been startling, have already announced they're flat-out cancelling plans. 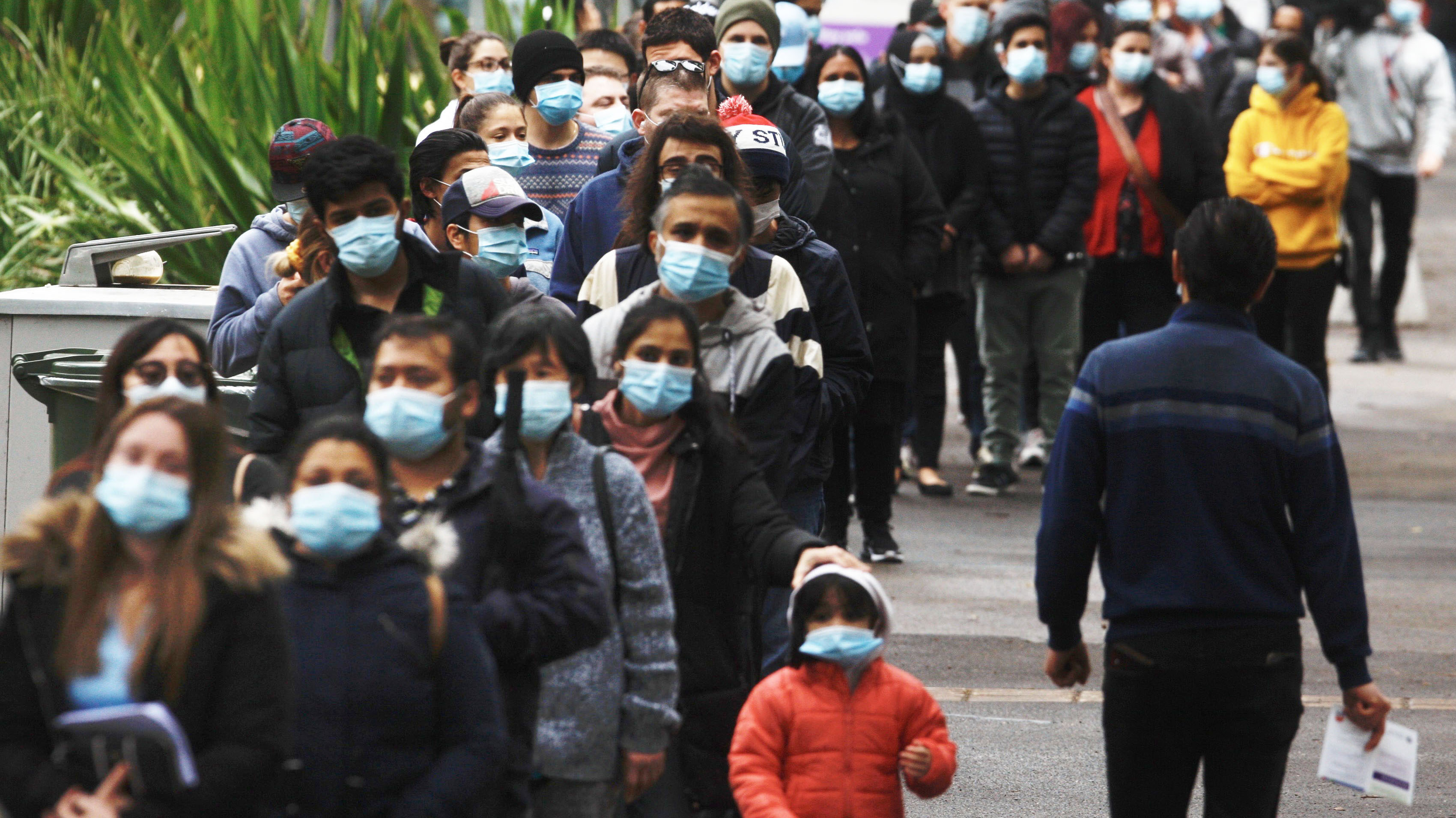 Other cities around the world with traditionally iconic celebrations still plan to host their events but with safety precautions in place.

As of December 24, this what some of the world cities with traditionally huge New Year's Eve events are doing.

The following cities (or nations) have already announced they're cancelling their big shindigs:

No fireworks show over the Acropolis this year. Health Minister Thanos Plevris said during a news briefing on Thursday, December 23, that all public Christmas and New Year celebrations planned by municipalities are cancelled.

All travellers arriving in Greece will be strongly advised to take COVID-19 tests on the second and fourth days after their arrival, on top of the existing requirement to provide a negative test result to enter Greece.

Starting at 6 am, Thursday, December 24, masks will become mandatory again in both indoor and outdoor spaces. For supermarkets and public transport, a double mask or a high protection mask will be required.

The measures will last until January 3, when according to Mr Plevris, more restrictions might be put forward concerning sport and entertainment venues. 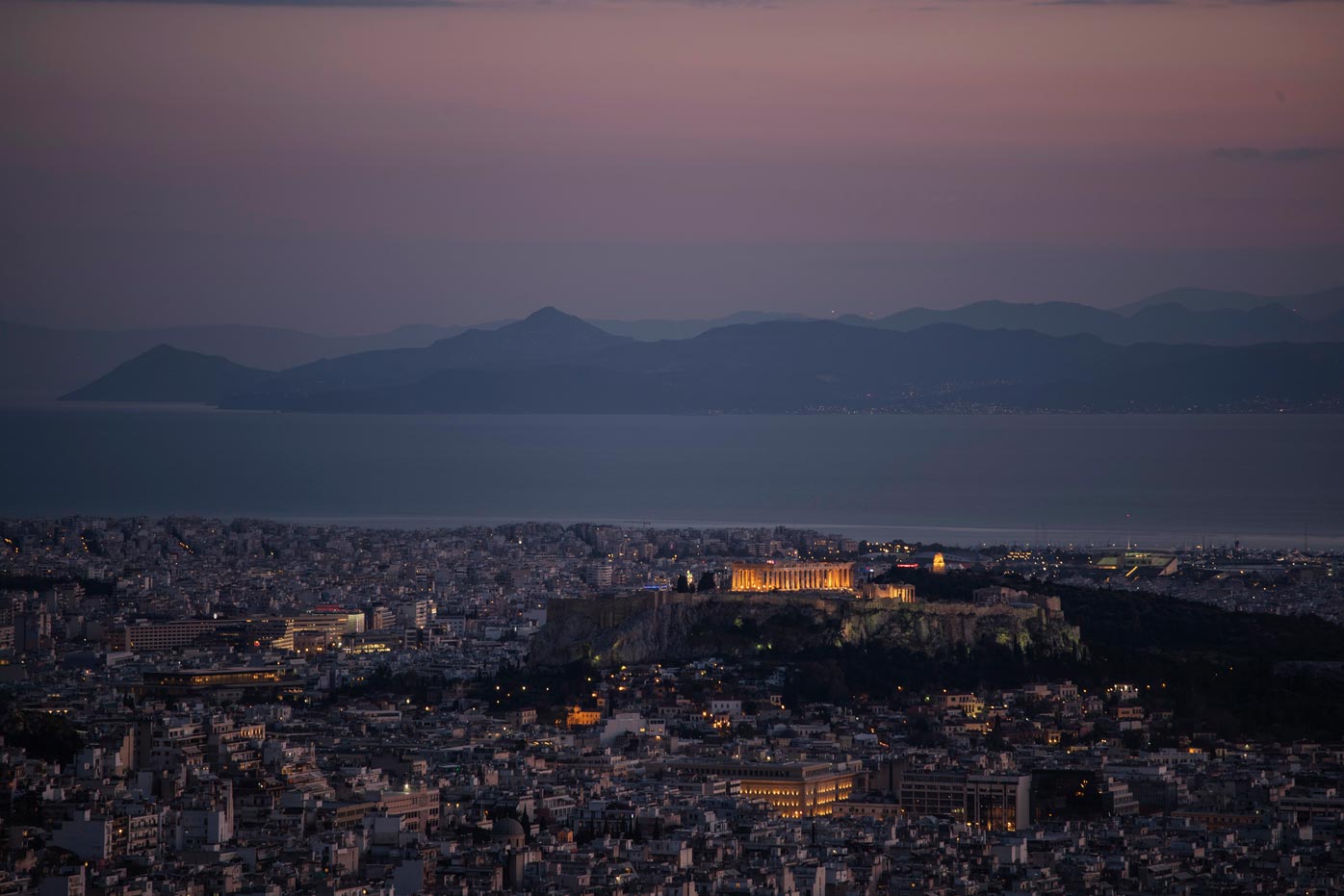 That means no big fireworks gathering in Berlin, the capital, nor in other big gathering spots such as Munich and Frankfurt.

From December 28, a maximum of 10 people will be allowed to meet in groups, regardless of whether they are vaccinated or recovered, Mr Scholz said. Children 13 and younger are exempt from the new contact restrictions. 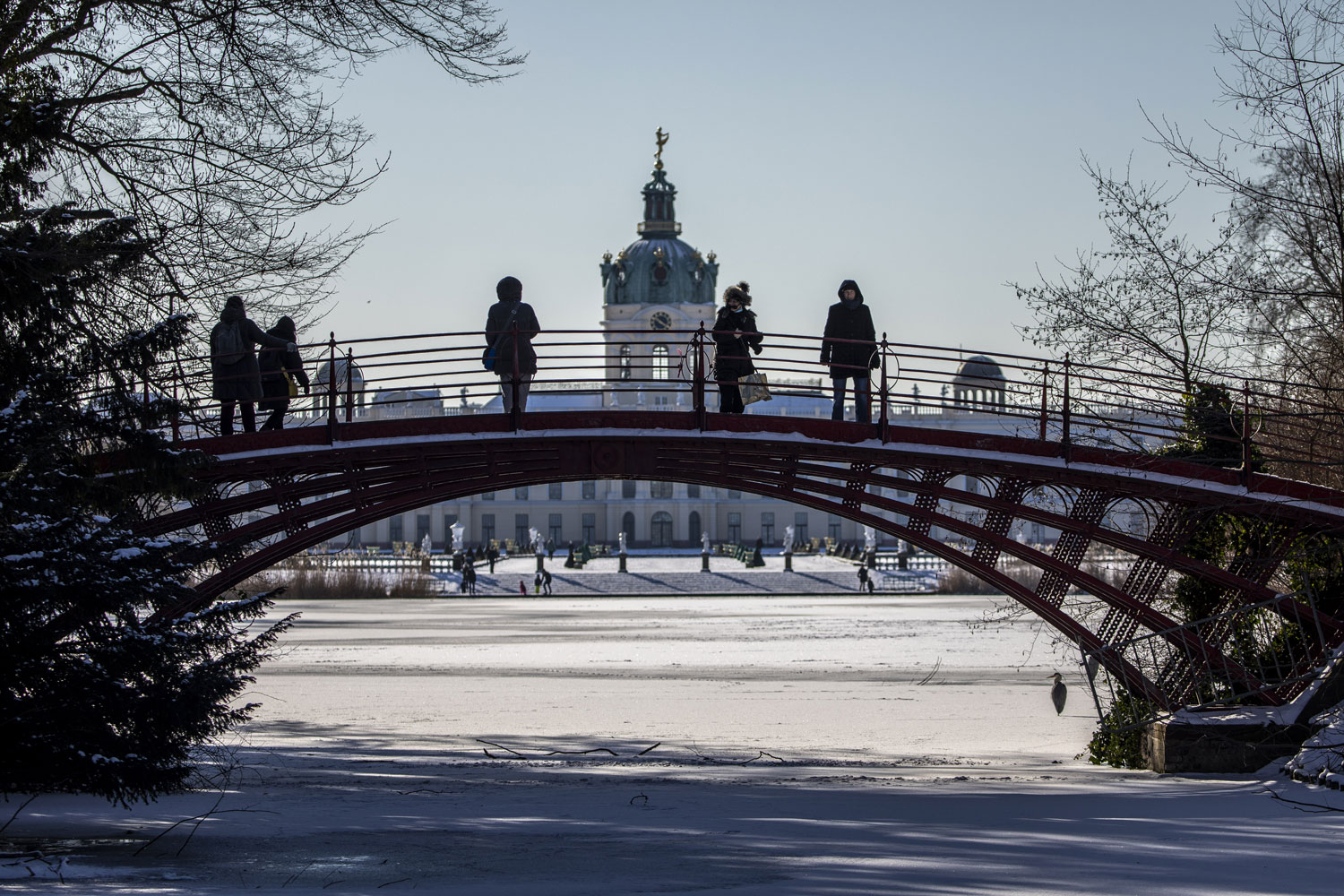 In a statement, Sturgeon explained details for post-Christmas restrictions on large events to blunt the spread of Omicron.

Ms Sturgeon said the move will "also mean unfortunately that large-scale Hogmanay celebrations — including that planned here in our capital city — will not proceed. I know how disappointing this will be for those looking forward to these events." 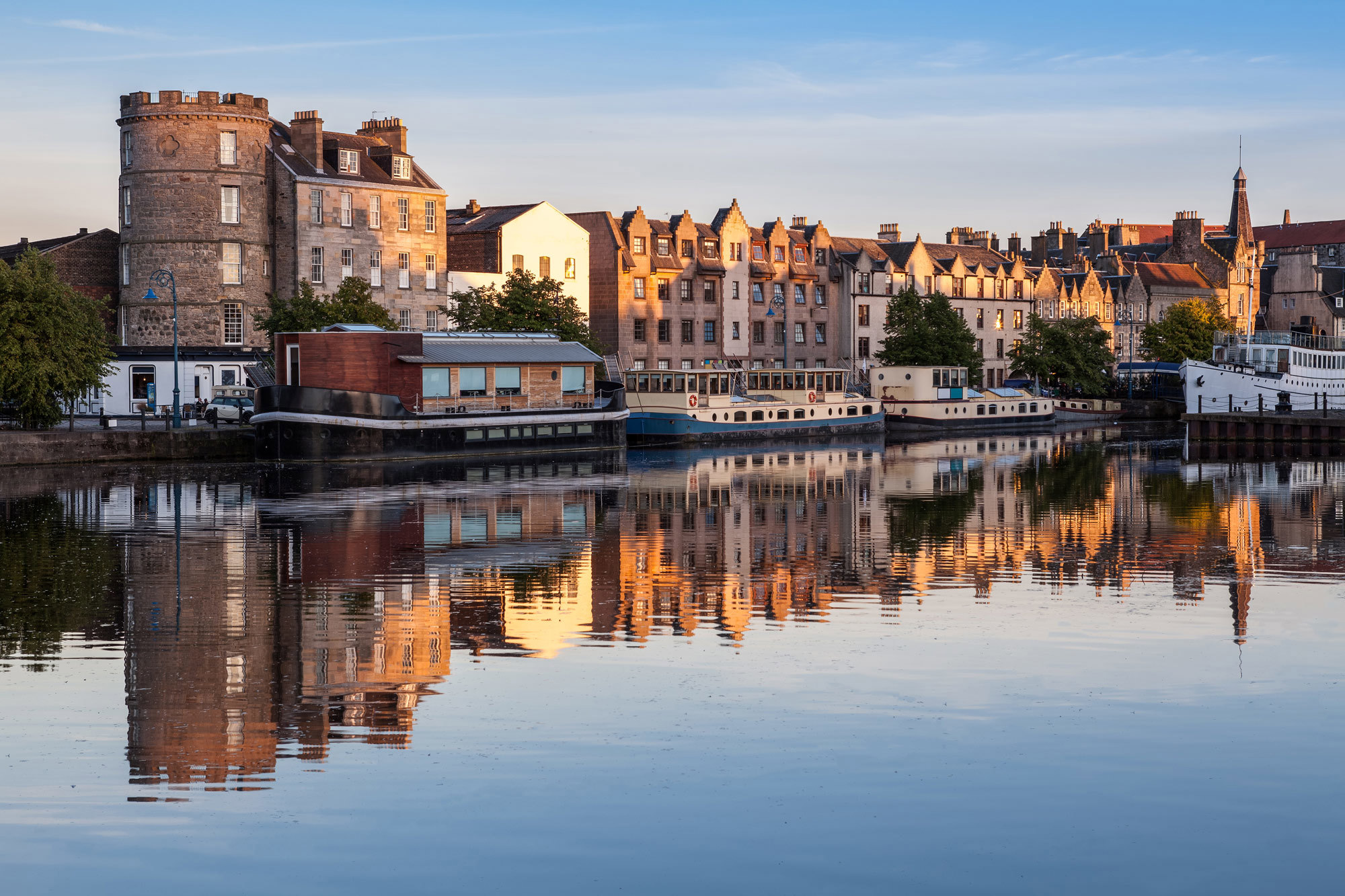 A planned New Year's Eve event in London has been cancelled over COVID-19 concerns, Mayor of London Sadiq Khan tweeted on Monday, December 20.

"Due to the surge in Covid cases, we've taken the difficult decision to cancel our NYE event in Trafalgar Square," said the tweet from Mr Khan's verified account. "The safety of all Londoners must come first."

A statement attached to the tweet said the celebration had been expected to host 6,500 people in Trafalgar Square.

Instead, a program will be broadcast at midnight on BBC One, Mr Khan said. 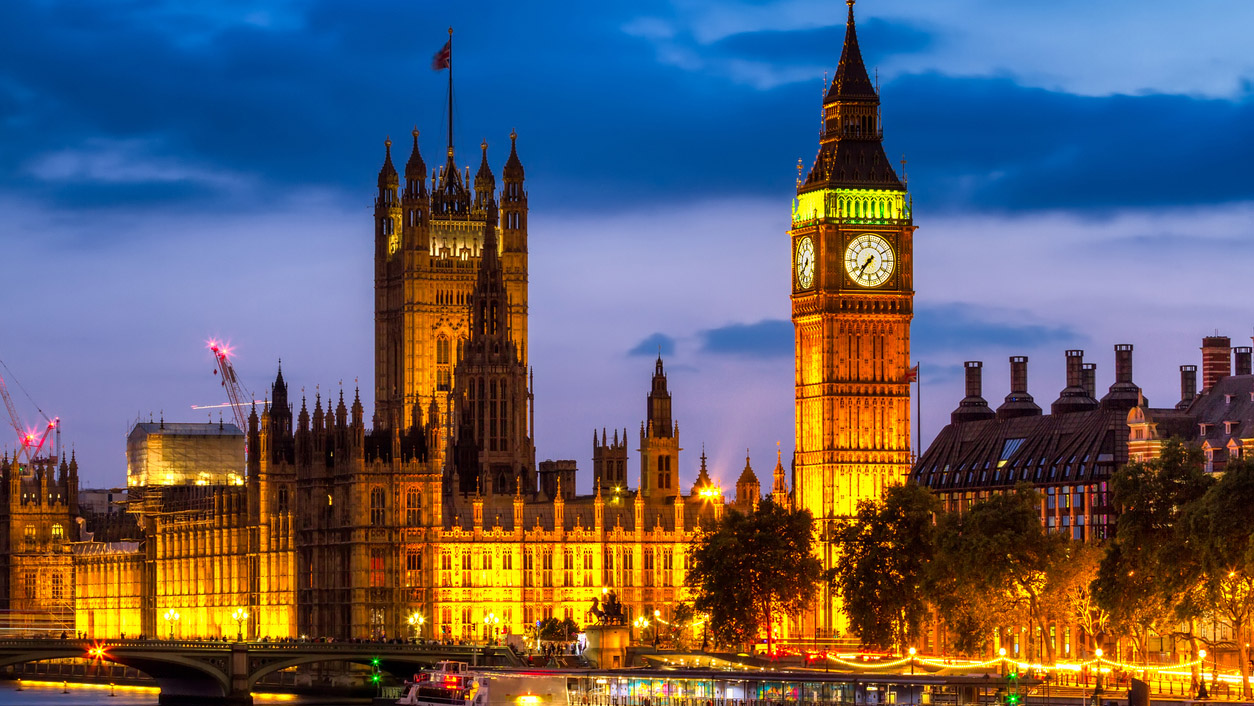 The government of India's union territory of Delhi, which encompasses the national capital of New Delhi, has announced a ban on all social, cultural, political and festival gatherings until further notice because of a rise in COVID-19 cases, CNN's New Delhi Bureau reports.

All officials "shall ensure that no cultural events/gatherings/congregations take place for celebrating Christmas or New Year" in the region, according to the Delhi government's order.

Bars and restaurants will be allowed to operate at only 50 per cent capacity. 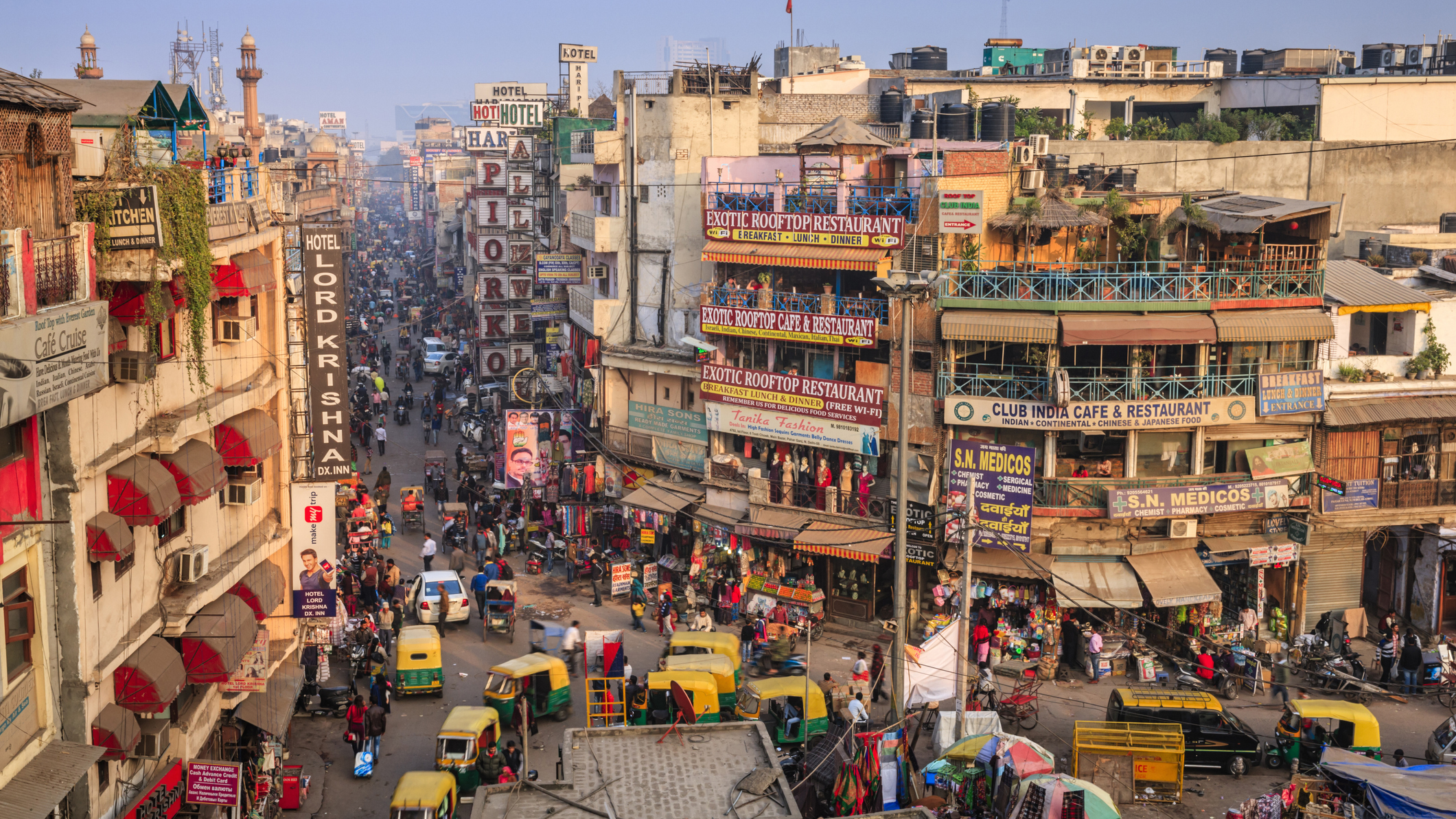 Paris has cancelled its traditional fireworks display over the Champs-Elysées Avenue to welcome the New Year because of the renewed coronavirus surge.

"The fireworks will not take place, nor unfortunately will there be any DJ sets," the mayor's office told AFP in a report on France24.com.

French Prime Minister Jean Castex said on Friday, December 17, that major public parties and fireworks would be banned on New Year's Eve and recommended that even vaccinated people take a self-test before getting together for year-end parties, according to Reuters.

"We respect science. As there are divergent opinions among scientific committees, we will always stick with the most restrictive," Mr Paes wrote. 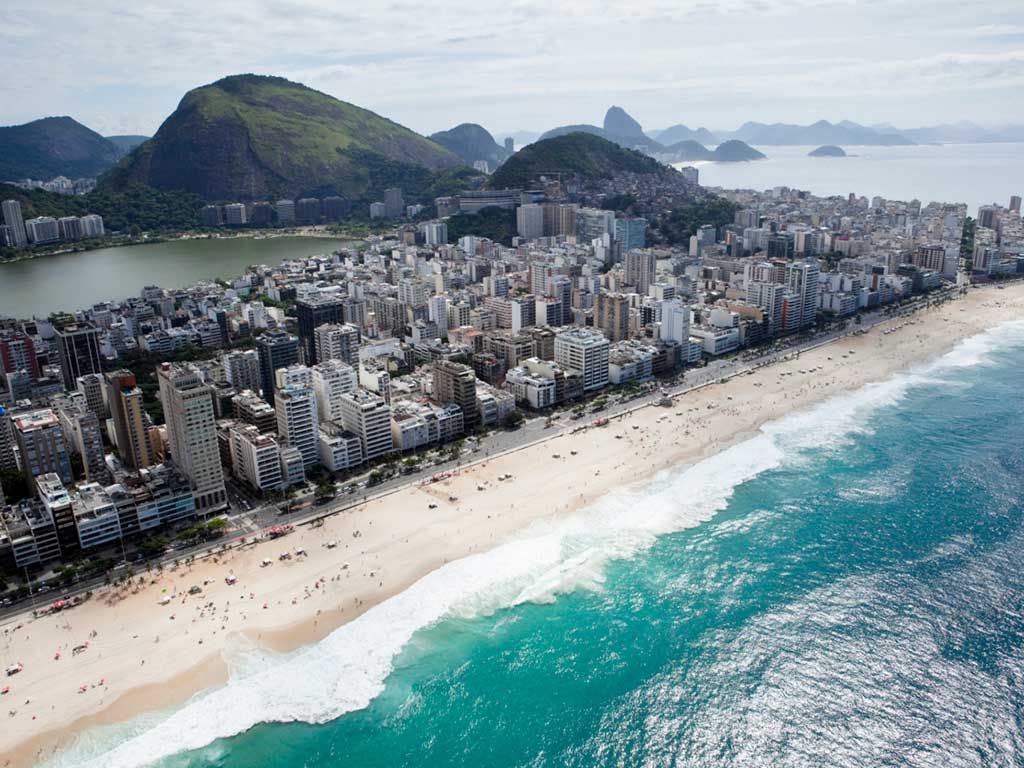 In Italy, Rome is among several cities that have decided to cancel festivities over COVID-19 health concerns.

Events still scheduledNot all the world's cities have called off their celebrations. Here are some of the cities traditionally renowned for their exceptional fireworks and big New Year's Eve events that were still moving forward with their plans as of December 21.

Thailand's capital will hold its celebrations, but with some some safety caveats. According to the Bangkok Post, only open-air venues are allowed. Attendees must be fully vaccinated, tested within 72 hours and registered to attend.

South Africa's beautiful seaside city is still allowing NYE events for its residents, according to its tourism website, but with lots of safety checks in place. Those include early venue closings and strict curfews. Find more details of South Africa's safety measures here. 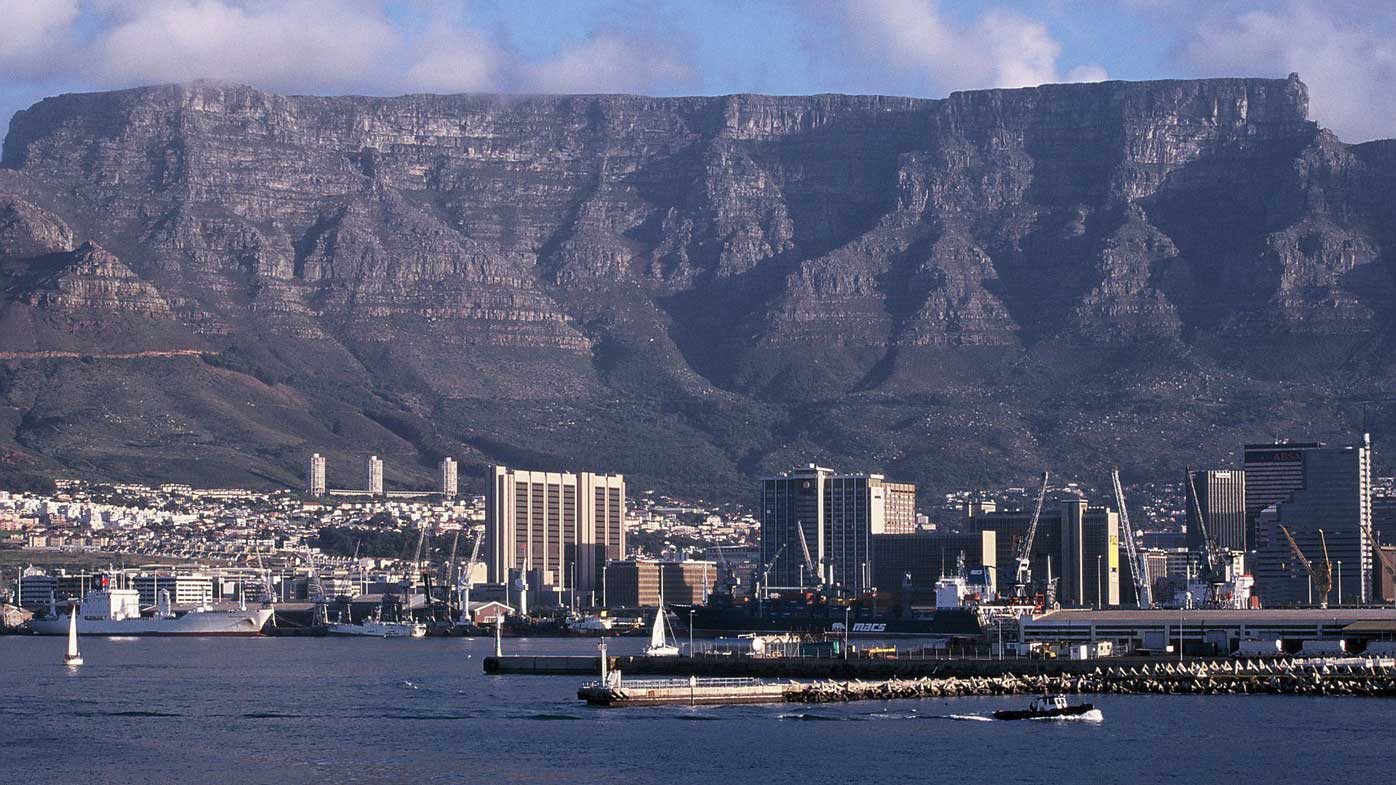 The pyrotechnics at the Burj Khalifa, the world's tallest building, are still planned, according to VisitDubai.com. The emirate is requiring visitors who want to be at the celebration to register using the U by Emaar app to receive individual QR codes that will allow access.

America's gambling magnet still plans to launch fireworks from the top of eight hotel-casinos on the Strip for eight minutes, according to the Las Vegas Review Journal. A downtown Las Vegas fireworks show will also be held. 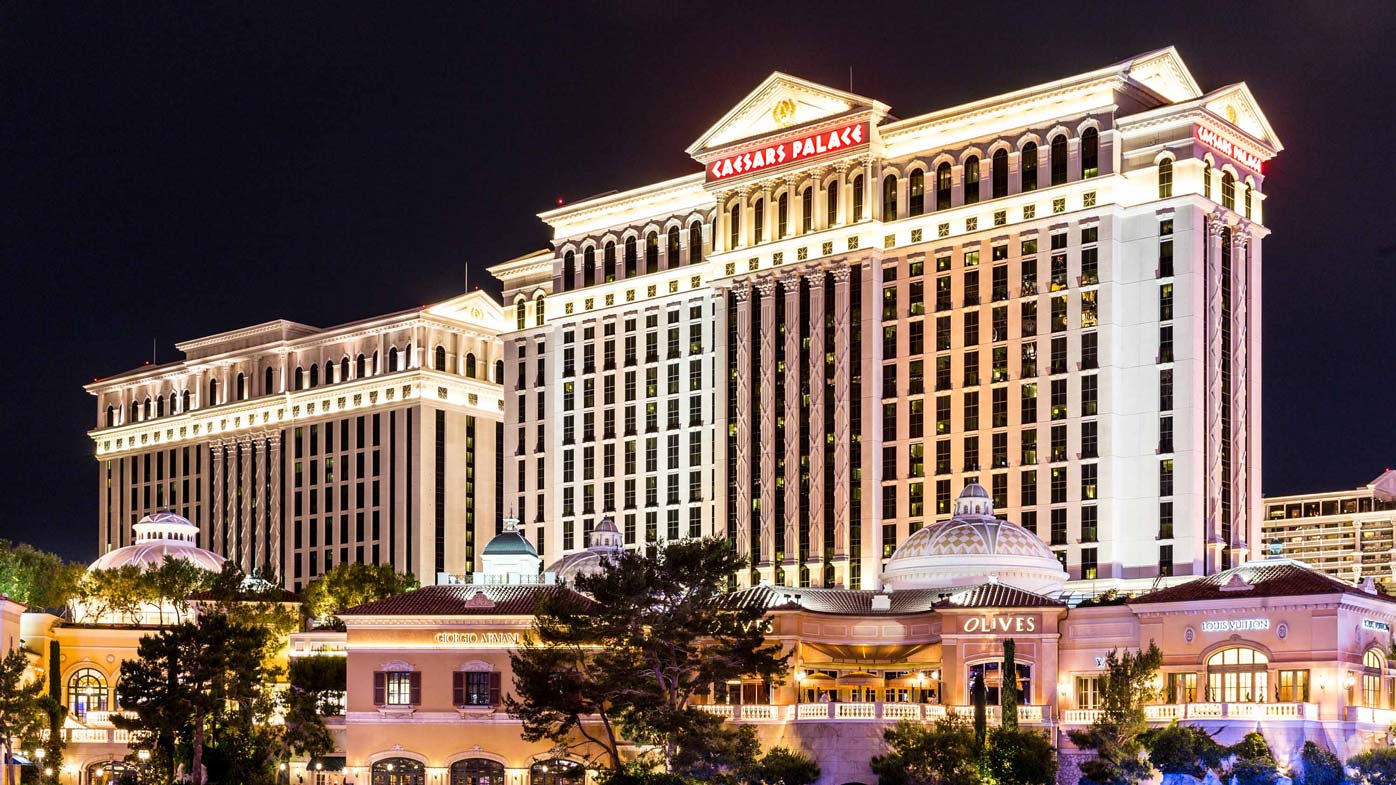 Australia's biggest city is going ahead with plans, but you'll need tickets to attend this year, according the the city of Sydney's New Year's Eve website. Full vaccinations are not required but are highly encouraged. 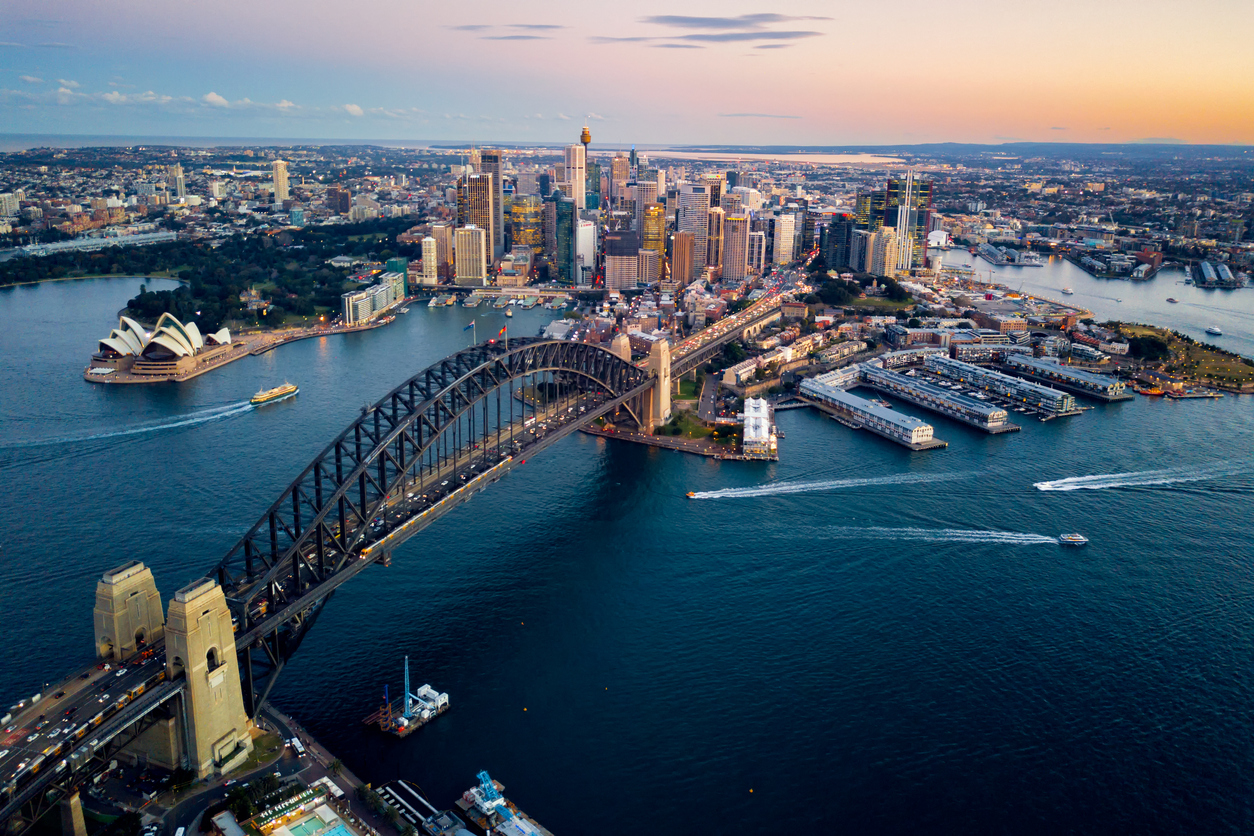 The largest city on the island of Taiwan plans on holding its annual countdown show and fireworks at the towering Taipei 101 skyscraper, according to the Taipei Times and other local media. 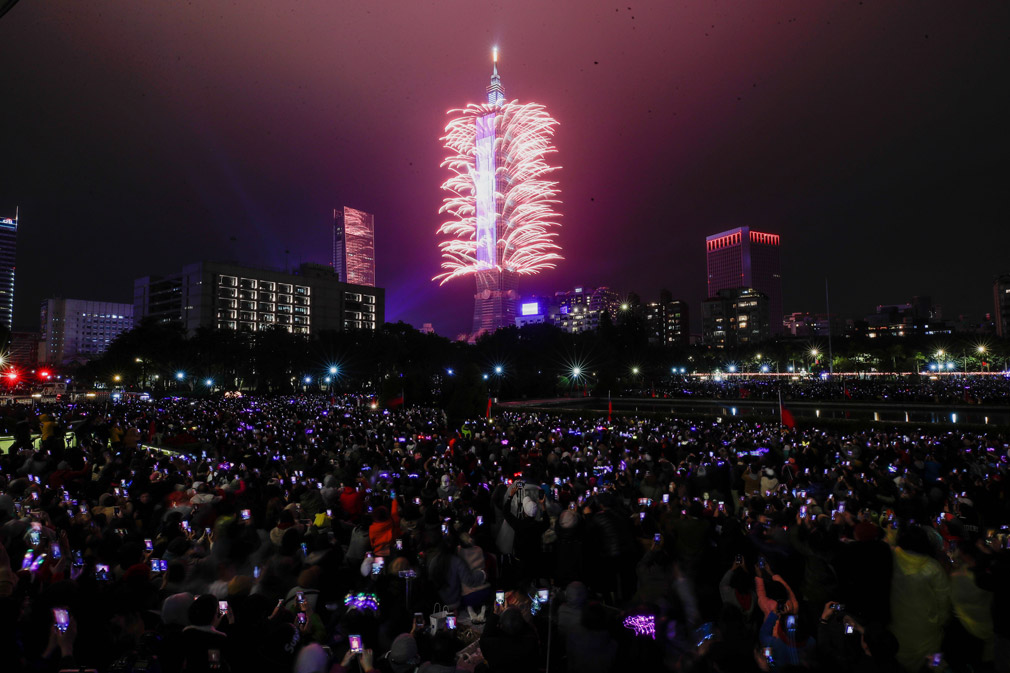