The discovery of a giant marine reptile skull in the United States has revealed new theories about the speed of evolution and how quickly the process can produce diversity.

The giant ichthyosaur fossil – with a skull measuring almost two metres in length, an estimated body length of more than 17 metres and a weight 45000kgs was found in Nevada.

READ MORE: What you need to know about the COVID-19 booster roll-out 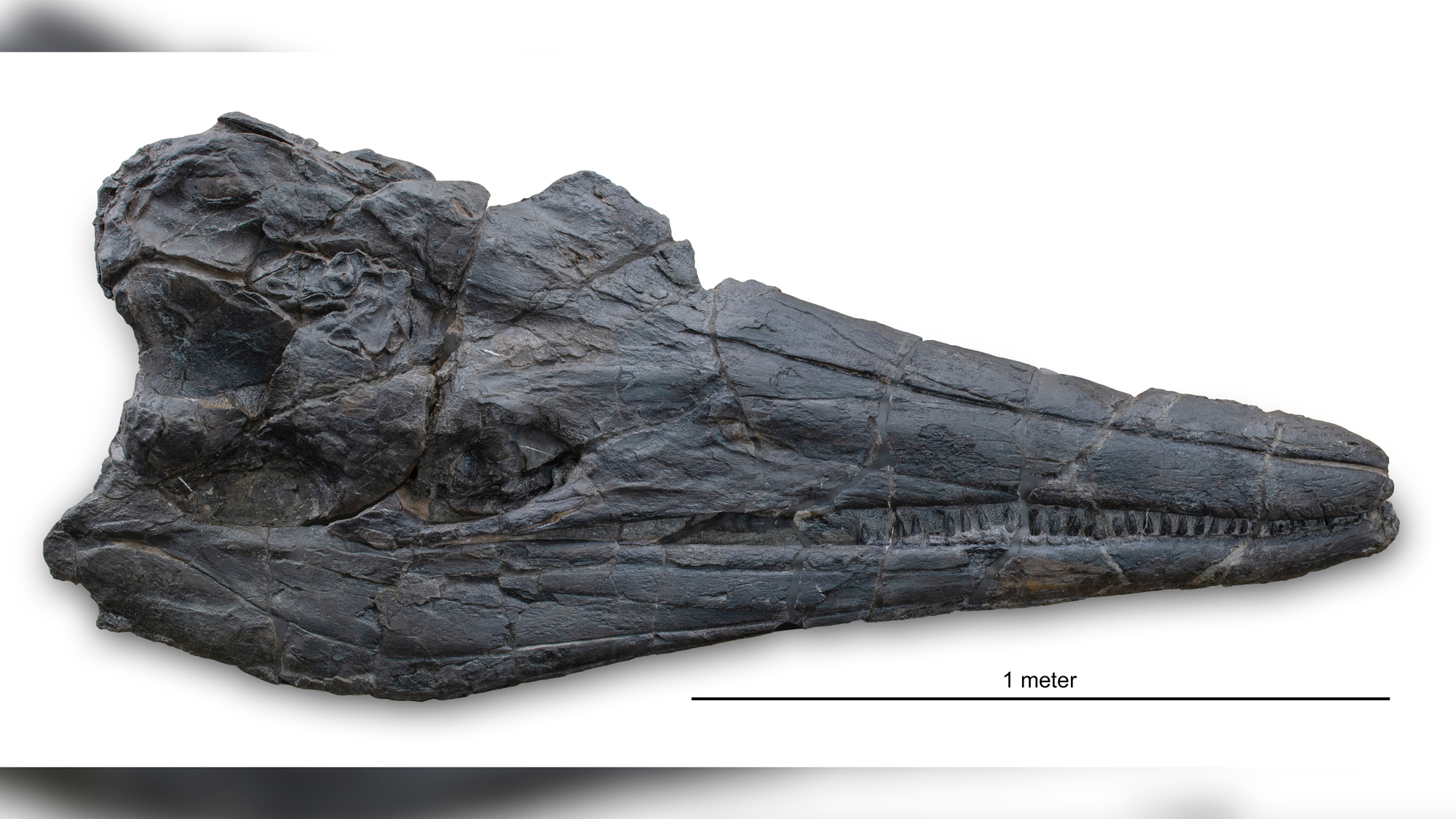 Ichthyosaurs are large extinct marine reptiles that dominated the sea more than 200 million years ago. Analysis of the skull of this particular ichthyosaur fossil has revealed a new species, the Cymbospondylus youngorum.

The skull analysis was part of a larger research effort undertaken by an international team in order to understand how quickly body size evolved in ichthyosaurs when compared to the body size evolution of whales – another group of originally four-legged land vertebrates that returned to life in the sea, just like the ichthyosaur. 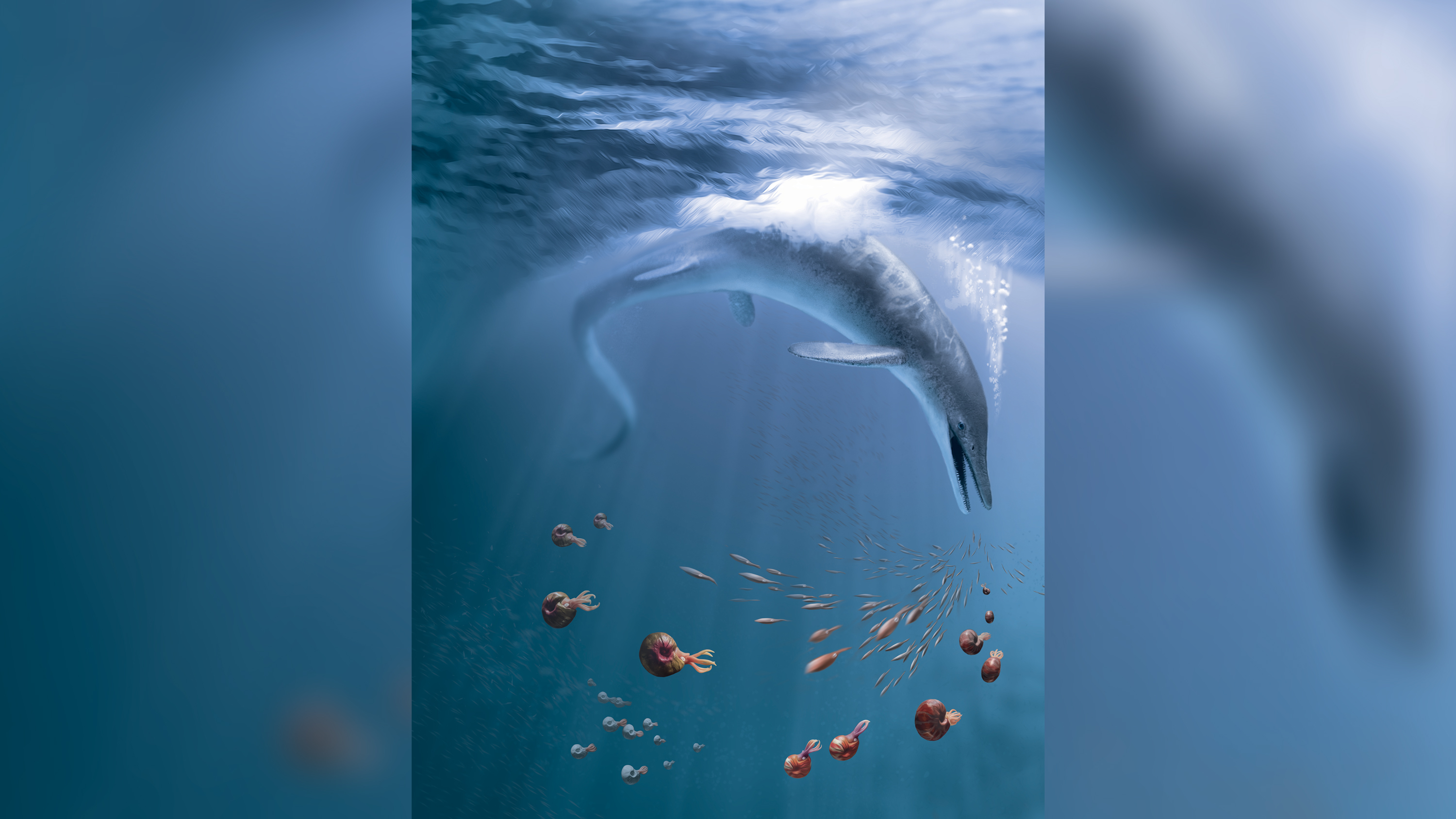 Schmitz is part of the team that have been researching the fossil.

"What this fossil discovery shows is that, if ecological conditions are just right and there's a certain amount of environmental stability, evolution can proceed remarkably quickly."

Schmitz worked with a team of international researchers to analyse the fossil, identify the ichthyosaur as a new species, create a phylogenetic tree- a diagram which shows the evolutionary relationships among various biological species – and then led a computational analysis comparing the speed and type of the evolution of body size in ichthyosaurs to that of whales.

Cymbospondylus youngorum was part of a group of reptiles that returned to the ocean during the Triassic Period – the beginning of the age of the dinosaurs, and totally adapted to marine life. Schmitz describes it as a "fish lizard."

The ichthyosaur fossil found in Nevada – which includes a preserved skull, shoulder and an arm similar to a flipper -was discovered in rocks that have preserved a cross section of fauna that existed approximately five million years after "the Great Dying." That happened around 252 million years ago, when 81 per cent of the world's marine life went extinct.

When the skull was discovered, the research team was initially unsure as to how an animal as large as this one could have evolved and survived so soon after the most severe extinction event on Earth.

"The oceans of that period were extremely different from our modern oceans," Schmitz explained. "The modern marine ecosystems that feed today's whales consist of very large-body plankton, which didn't exist when Cymbospondylus youngorum was around. We found a gigantic ichthyosaur that had lived in an era when oceans were considered unable to sustain that size of animal."

The finding has provided Schmitz and the research team with a new insight into just how quickly evolution can take place and lead to variety.

"This fossil is an example of how fast evolution can produce diversity," Schmitz said. "You can go from zero to 100 in a few million years, which is very fast in evolutionary terms."

The research was published in the journal Science on Thursday.