A fisherman out on a Christmas Day fishing trip in Western Australia has ended up catching something a lot bigger.

Terry Pryor was fishing for snapper this morning off Woodman Point in Coogee when he hooked a 2.5m tiger shark.

"I was reeling in my last line and it was well attached to a shark and it took me nearly an hour to get it on the beach," Mr Pryor said. 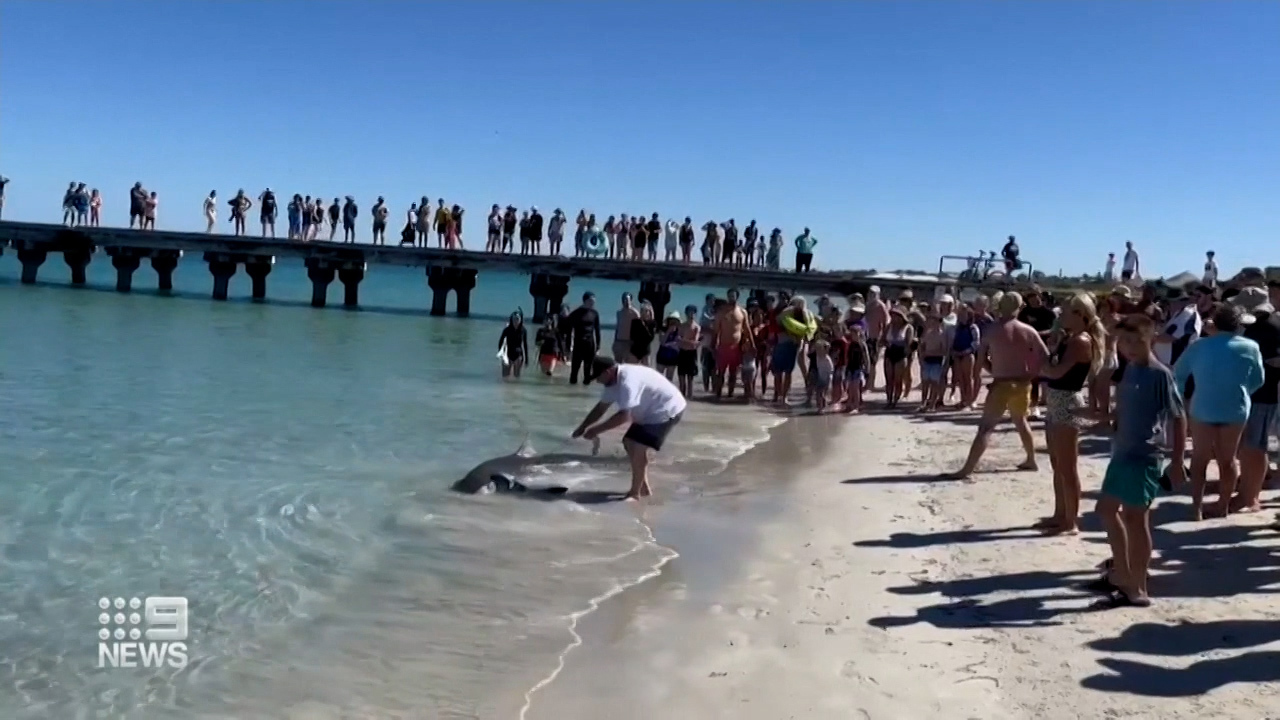 People on the beach chanted for Mr Pryor, who said the catch was accidental, to let the shark go.

Mr Pryor said he kept the shark in the water so it would stay safe until he could get the hook out.

He said the shark was eventually released back into the water. 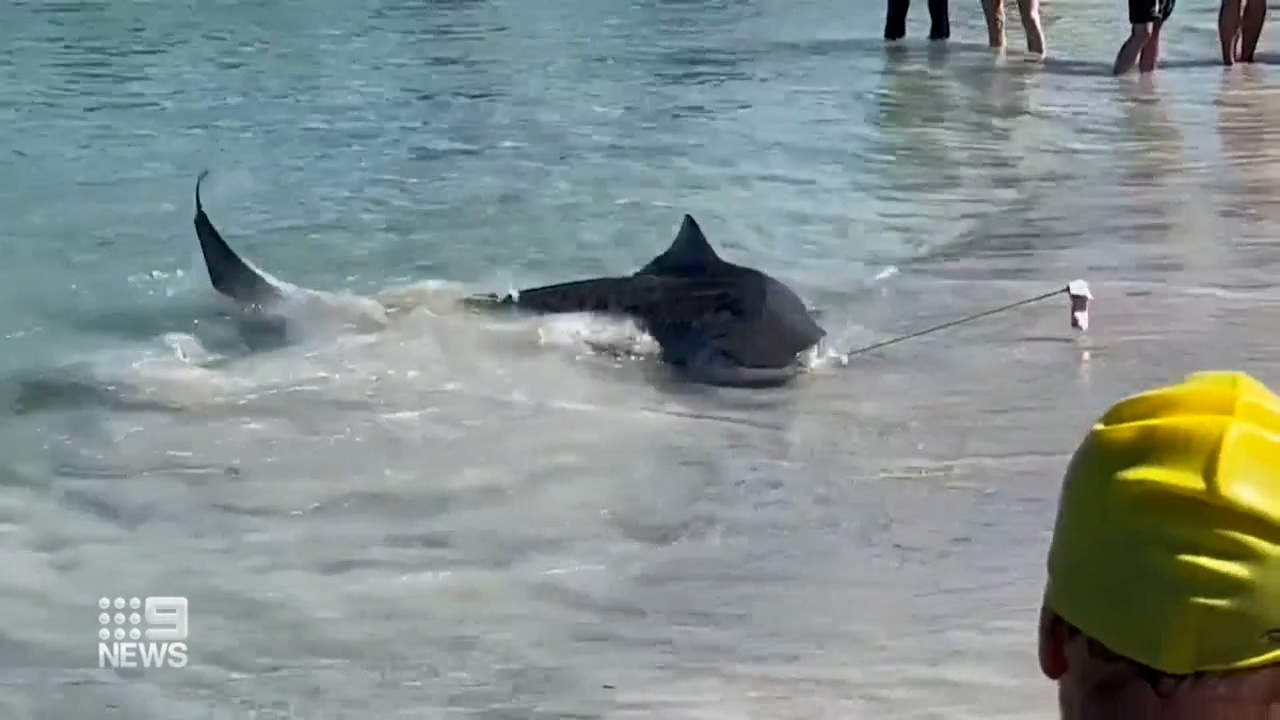 "Because the shark was quite tired, I was comfortable in getting in with the shark in the water and cut the hook out and I ended up swimming the shark out to about chest height up the beach before it finally gave a tail wag and send it," Mr Pryor said.

It wasn't the only shark spotted on Perth's coast this Christmas Day.

Hundreds of swimmers were sent out of the water after four beaches were shut down following sightings of sharks at Coogee, Mullalloo, Leighton and Port.