New South Wales is braced for another day of COVID-19 testing chaos as a war of words between states heats up.

Health Minister Brad Hazzard has accused the Queensland government of lacking common sense in its demand for PCR tests to cross the border. 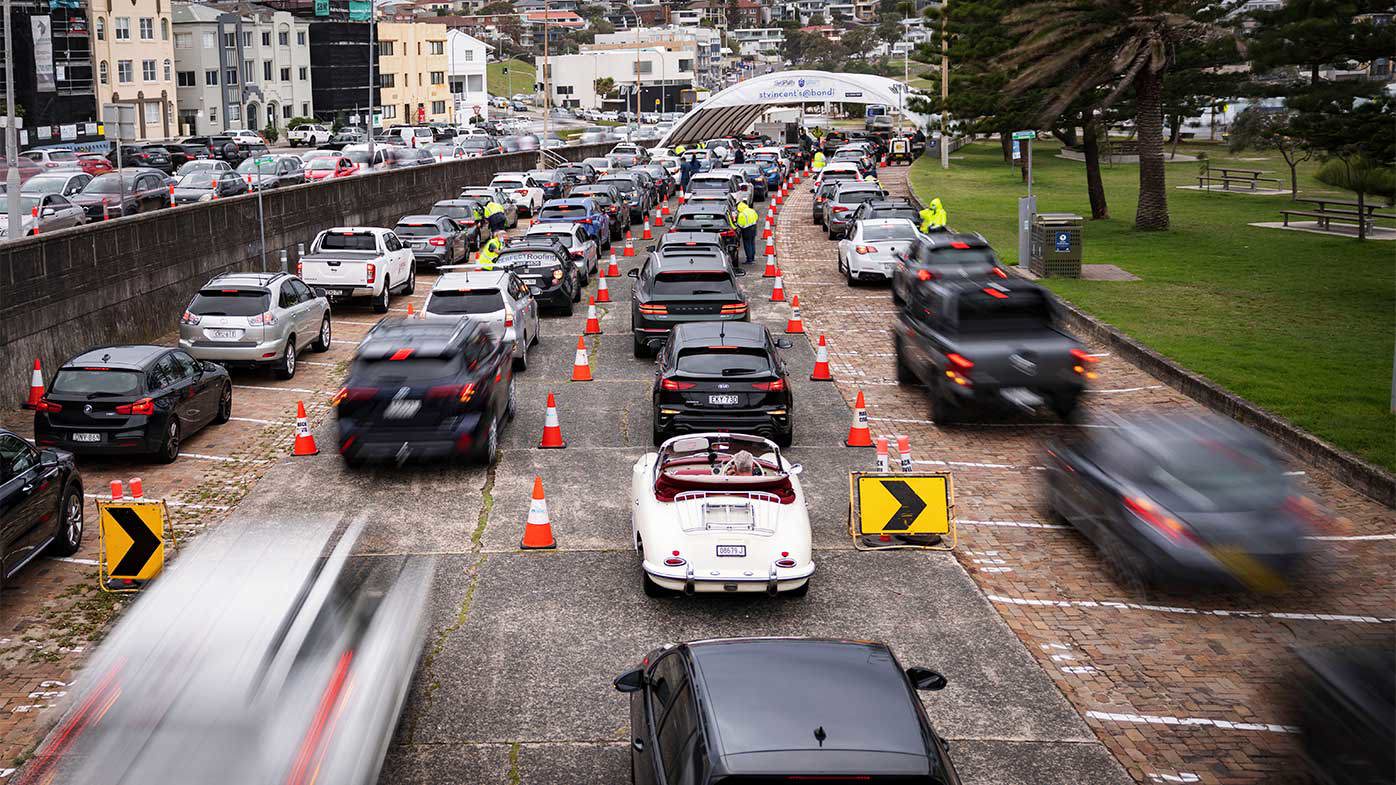 Ms Palaszczuk has said only 10 per cent of those lining up for tests were travelling to Queensland, while federal government data suggests about 20 per cent are travelling anywhere interstate.

Hundreds more people have been delivered a false COVID-19 negative test, it emerged yesterday, after a Sydney lab issued incorrect results to 400 people.

Almost 1000, now, have been told they don't have COVID-19 when their true result had not yet been determined.

Lines are already building in Sydney, with cars queueing at Leumeah in the city's south-west hours ahead of the clinic there opening.

One woman said she had been in the queue since 7pm the night before.

"I've been turned away so many times and I have to get a second one to get back to work," she told Today.

Yesterday, Leumeah was among multiple clinics forced to turn hundreds away across the state, with some closing before midday.

In a bid to cope with the hefty demand, NSW has halved the isolation period for health workers who are fully vaccinated and deemed household contacts of COVID-19 cases.

NSW Health last night said close household contacts "essential to service delivery" would be able to leave isolation and return to work after seven days instead of 14, a move expected to significantly increase available staffing numbers.

They would need a negative PCR test on day six and an approved risk assessment plan requiring daily rapid antigen testing, COVID-safe protocols in the workplace and PPE including wearing masks at all times while at work.