Thunderstorms and wet weather continue to soak parts of Queensland, with cyclone threats looming for the north, and storms threatening to intensify into the New Year period.

A weather system moving east from the Northern Territory is behind the storms.

"A strengthening monsoon trough currently extends from a tropical low over the Top End of the Northern Territory through the Gulf of Carpentaria and over the base of Cape York Peninsula," a Bureau of Meteorology warning read.

"The tropical low is forecast to move into the Gulf of Carpentaria late today and towards the eastern Gulf Country district during Wednesday."

The BoM predicted "monsoonal rain and squalls," sudden and violent winds, and localised storms would hit the tropics from tomorrow morning.

Deputy Police Commissioner Steve Gollschewski warned cyclones were a possibility for North Queensland communities, as the storms crossed into the state from the Northern Territory.

"It will come out of the gulf with a low chance of it becoming a cyclone in that area but will push across into North Queensland from about Cooktown to as far as Townsville," Mr Gollschewski said.

"We will see significant amounts of rain and high wind."

He urged residents to remember flood warnings, in the wake of multiple deaths due to driving through floodwaters this month.

"The message is very, very clear for our community up there, be ready for this and if it's flooded forget it," Mr Gollschewski said.

"We've already lost people this year because of people driving through floodwaters so it's very important people understand that weather is coming towards us."

The BoM has issued flood warnings for several regions in North Queensland, like Townsville and Proserpine, in the Whitsundays following days of storms.

Further north, communities in the Cape and Gulf regions have also been urged to prepare for flooding, following warnings of severe weather, damaging winds and heavy rainfall. 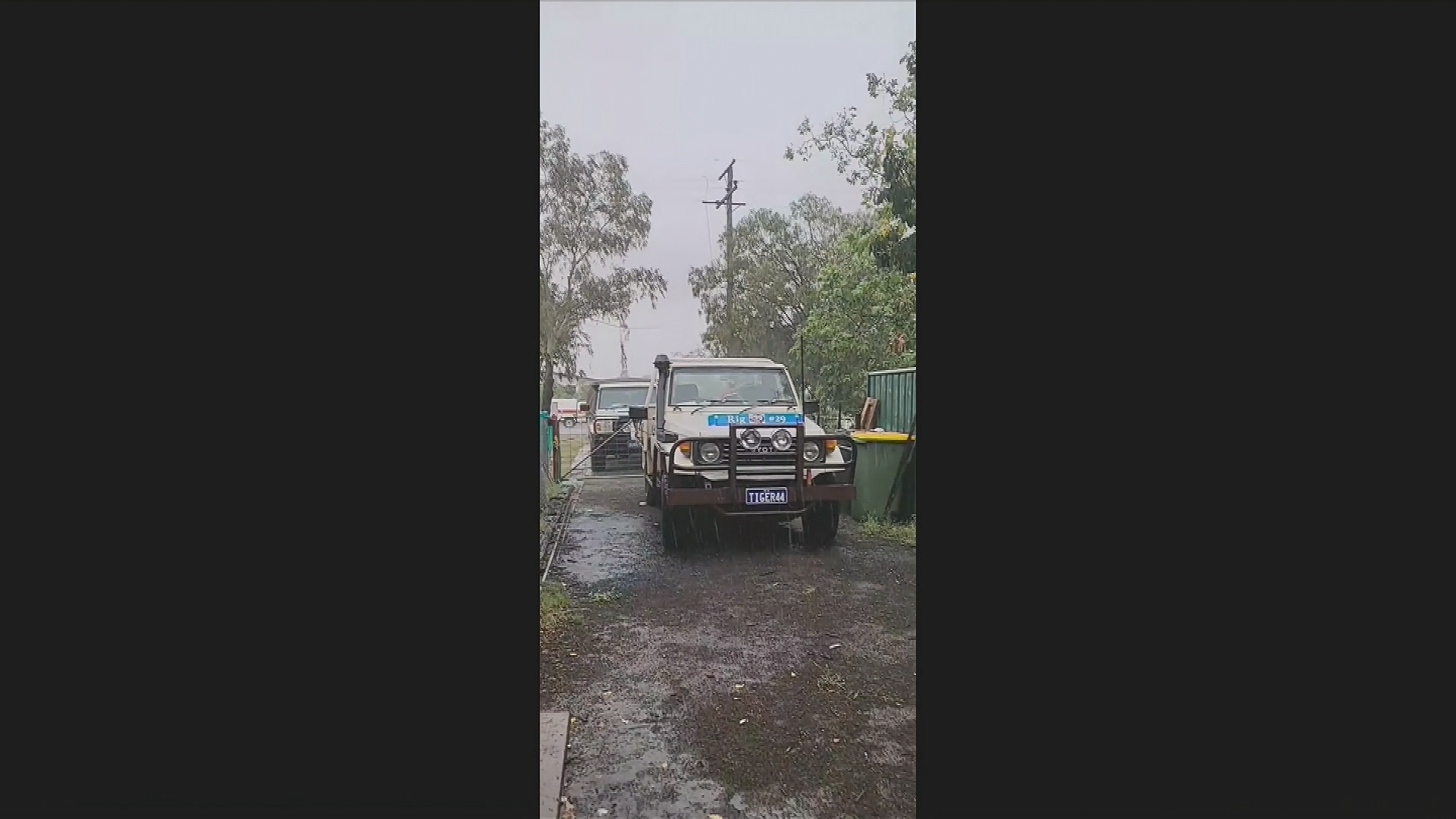 Coastal catchments between Cooktown and Proserpine are also urged to prepare for floods, with abnormally high marine tides impacting parts of the Gulf and Peninsula.

Further south, major flooding continues in the town of Hebel, in Queensland's border region near New South Wales, on the Bokhara River. In the town of Surat, an outback town approximately 500 km west of Brisbane, floods are easing from the Balonne River.

The south-east region has also been pelted with rain.

On the Gold Coast, those seeking a summer tropical holiday have instead been met with storms, and on the Sunshine Coast, 117mm of rain fell in the last 24 hours to 9am today.

Brisbane has had more than the December average rainfall already this month, with the BoM predicting a further 100mm could fall this weekend.