Crews wrapping up the removal of a giant pedestal that once held a statue of Confederate General Robert E. Lee in Richmond found what appeared to be a second and long-sought-after time capsule, Virginia Governor Ralph Northam said on Monday (local time).

The governor tweeted photos of a box being removed from the site and said conservators were studying the artifact.

"They found it! This is likely the time capsule everyone was looking for," he tweeted. 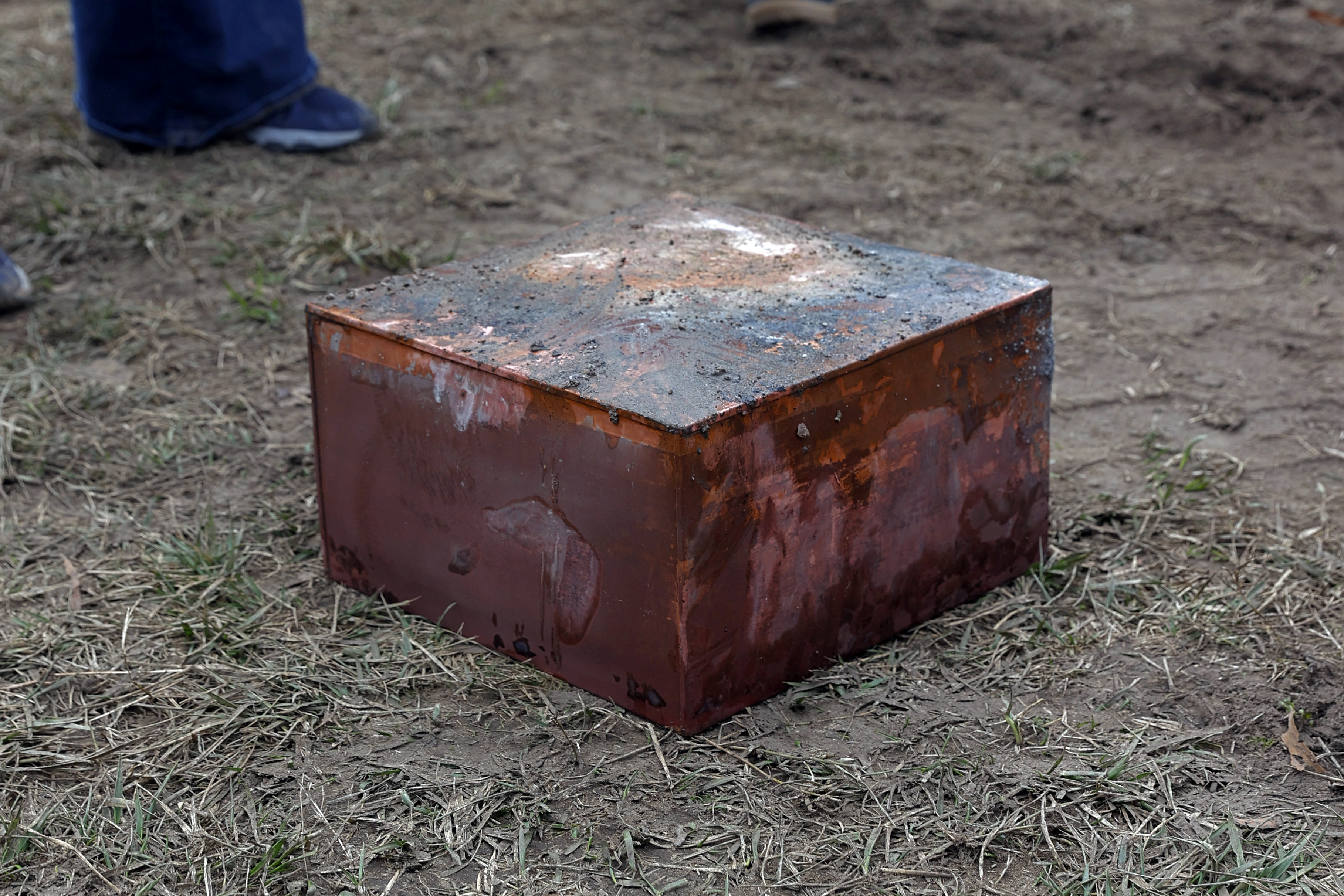 The box was expected to be opened Tuesday afternoon. It wasn't immediately clear what kind of condition any contents might be in.

The development marked the latest turn in a months-long search for the capsule, which contemporaneous news accounts indicate was placed during a cornerstone-laying ceremony in 1887 attended by thousands of people. 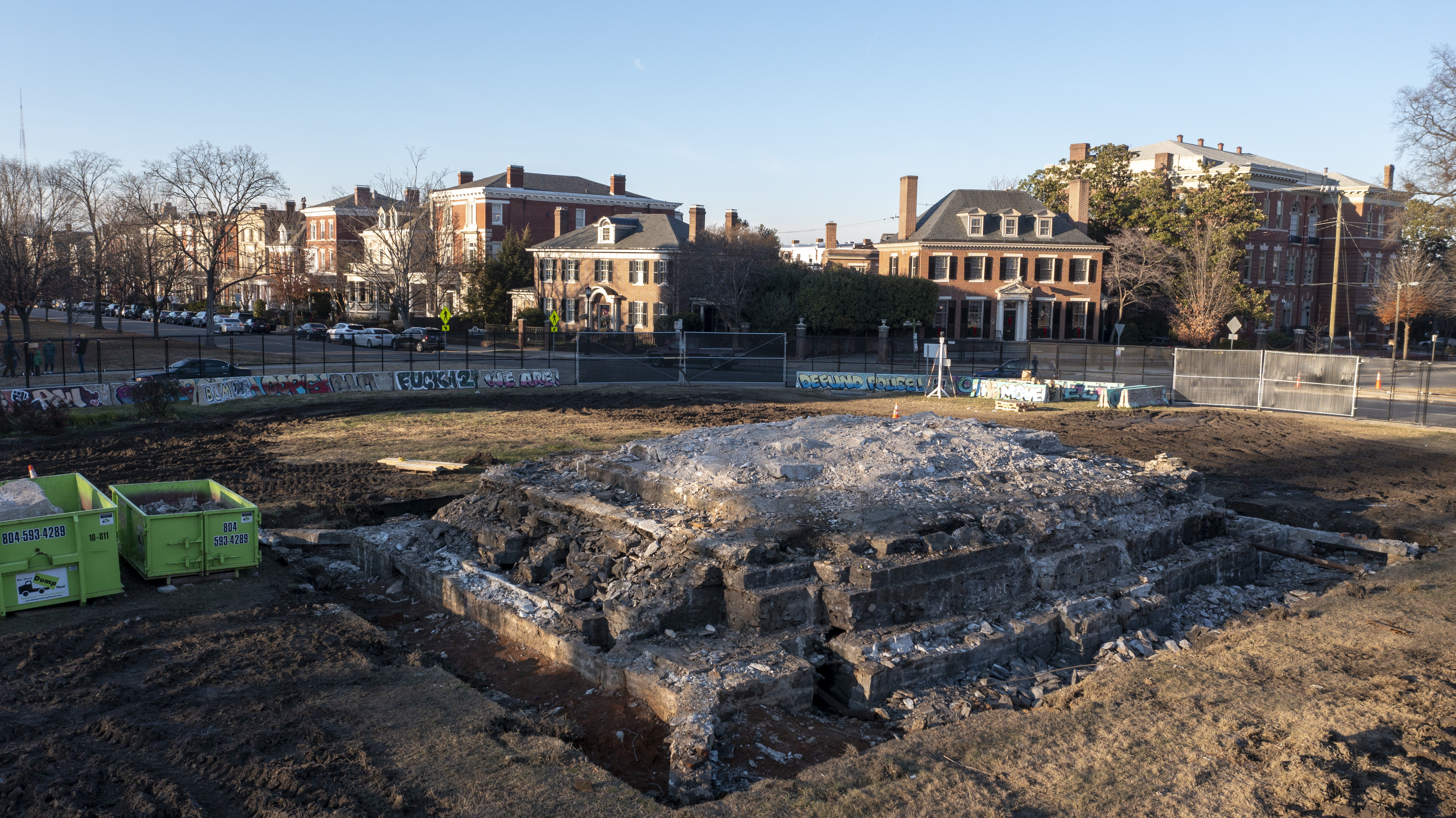 News accounts described its dozens of donated artifacts, including Confederate memorabilia. Based on historical records, some have also speculated the capsule might contain a rare photo of deceased President Abraham Lincoln.

Earlier this month, crews dismantling the pedestal found a time capsule embedded in a granite block that some initially thought might have been the one placed in 1887.

READ MORE: The 121-year-old lighthouse mystery that will never be answered 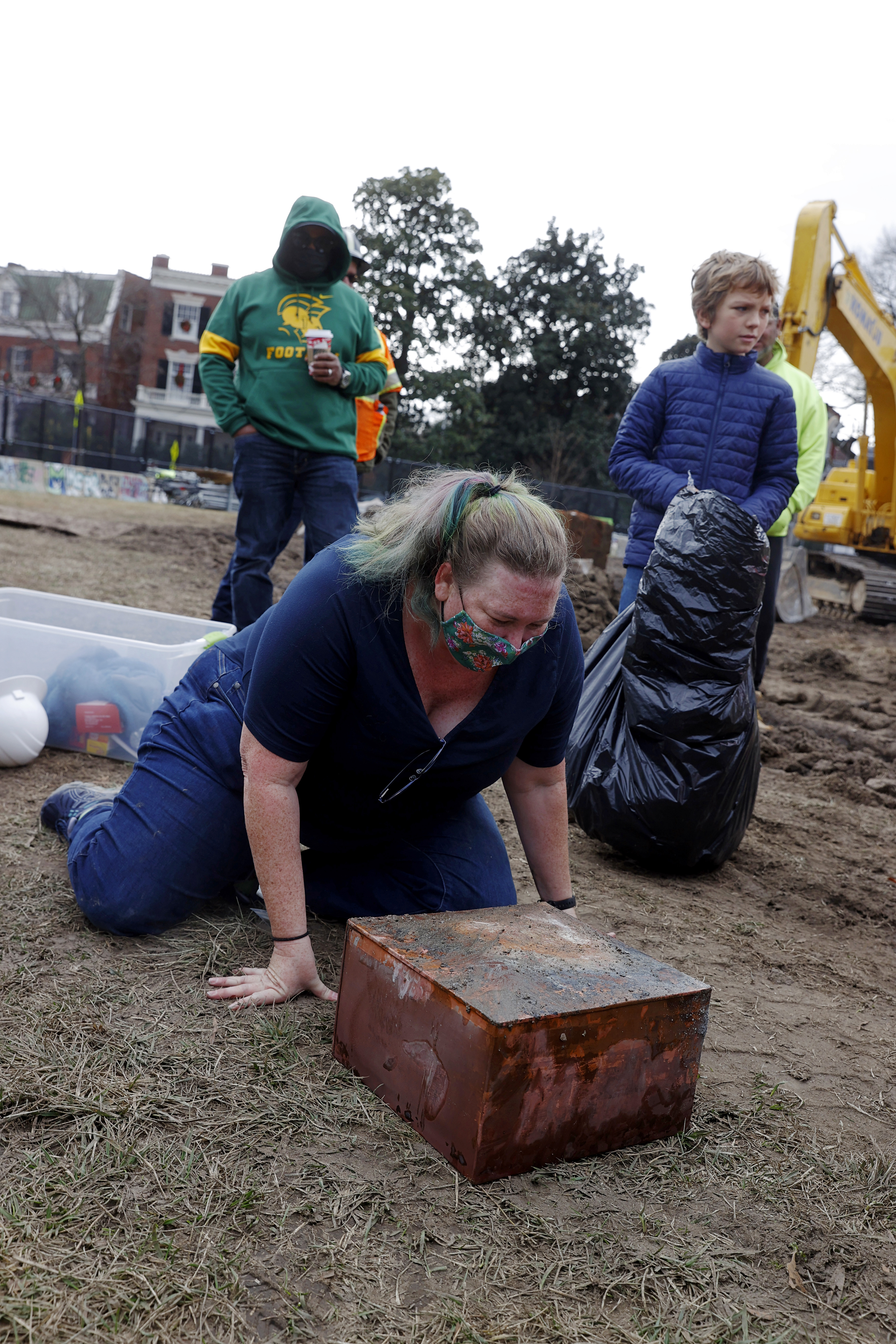 But after state conservators spent hours last week gingerly prying the box open, they didn't find the expected trove of objects related to the Confederacy. Instead, conservators pulled out a few waterlogged books, a silver coin and an envelope with some papers.

The prevailing theory last week was that the lead box was left by a person — or persons — who oversaw the monument's construction.

The search for the 1887 time capsule resumed Monday.

Devon Henry, the contractor whose company was overseeing the removal, said the box was found inside a granite enclosure basically at ground level, surrounded by fill and other construction material. Workers pulled off the top of the granite enclosure to find the box, which appeared to be made of copper, sitting in water, Henry said. 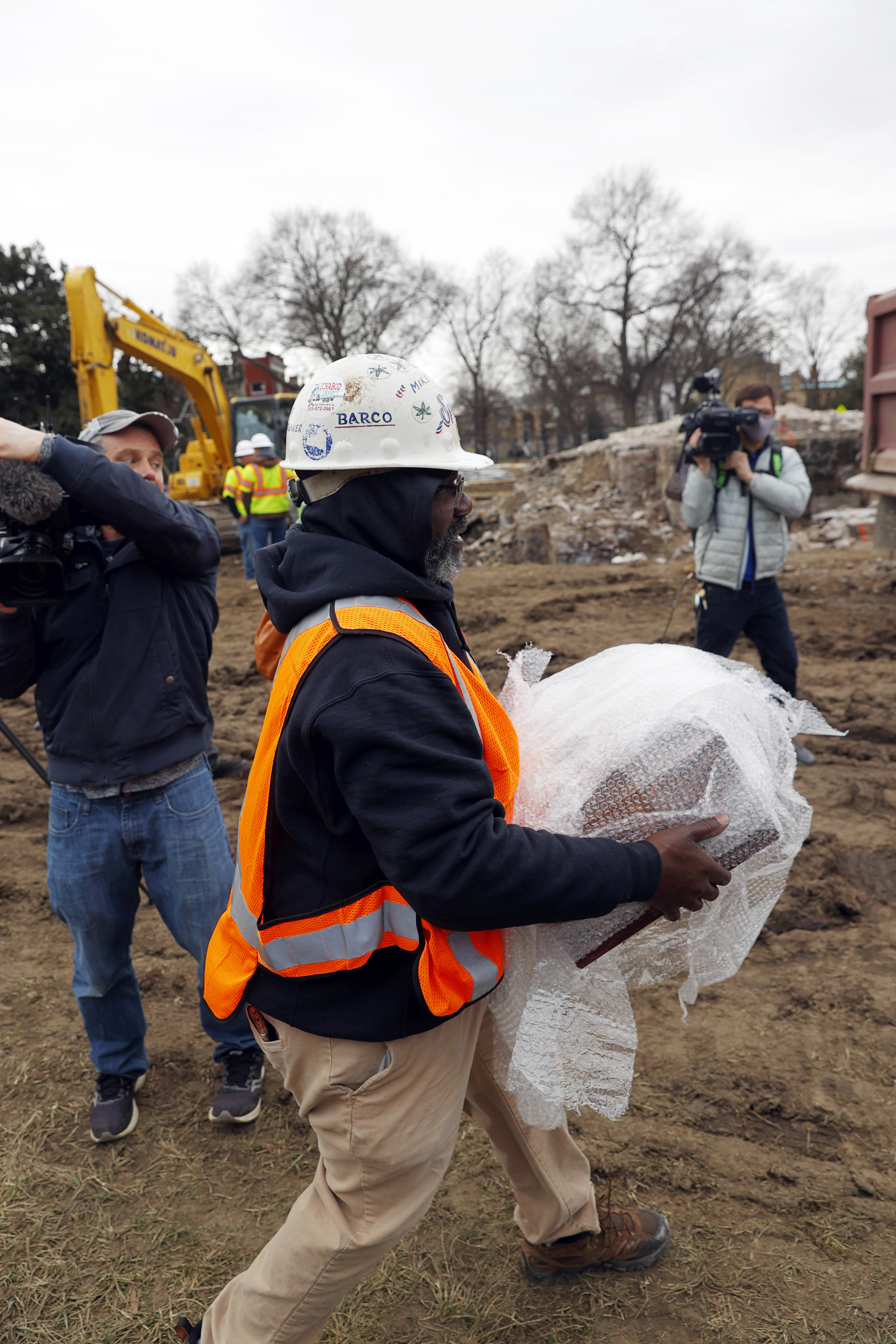 The box was then covered in bubble wrap and transported by vehicle from the site for further study, he said.

The governor's office said in a news release that the box, which matches the size of the capsule listed in historical records, had been X-rayed. The resulting images showed it appeared to include books, coins, buttons and perhaps a type of Civil War-era ammunition, the news release said.

It was scheduled to be opened Tuesday afternoon at a state lab.

The Lee statue, which depicted the general atop a horse, was erected on the soaring pedestal in 1890 in the former capital of the Confederacy. Its removal in September came more than a year after Northam ordered it in the wake of protests that erupted after the police killing of George Floyd in Minneapolis.

The statue was one of five enormous Confederate tributes along Monument Avenue, and the only one that belonged to the state. The four city-owned statues were taken down in 2020, but the Lee statue's removal was blocked by two lawsuits until a ruling from the Supreme Court of Virginia in September cleared the way for it to be dismantled. 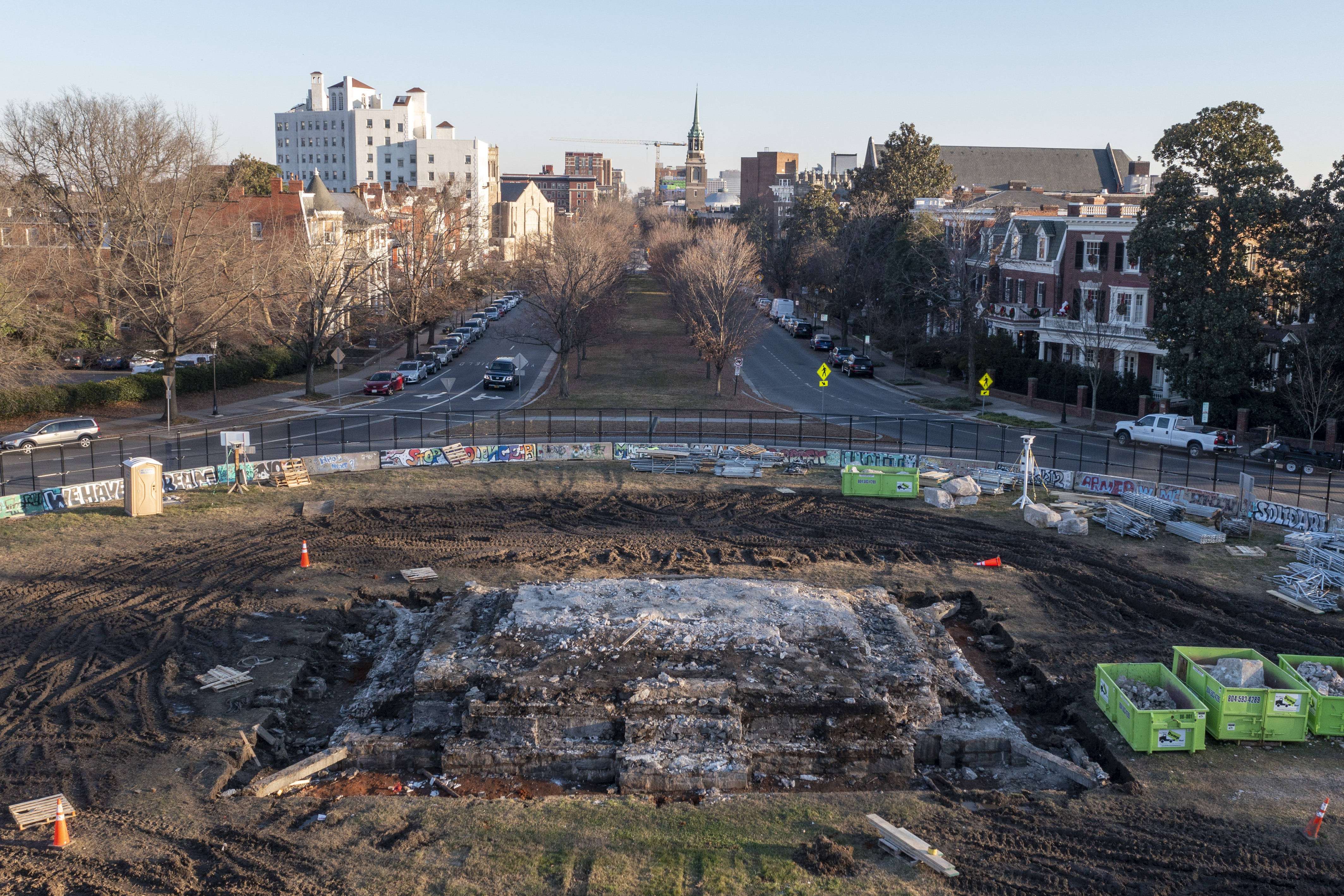 Crews searched for the time capsule then, digging and removing some massive stones, but were unable to locate it.

Mr Henry said it was found Monday in the northeast corner of the pedestal, about 1.2 metres below the area initially searched.

Northam's administration initially planned to leave the pedestal in place but announced in early December that contractors would remove the behemoth, now covered in graffiti, and transfer the grassy traffic circle it inhabited to the city of Richmond.

The administration has said it will be stored until "next steps" have been determined.

Finalising the removal work at the site will likely take another week, Mr Henry said.