Severe weather sweeping parts of the US brought frigid temperatures to the Pacific Northwest, heavy snow to mountains in Northern California and Nevada and unseasonable warmth to Texas and the Southeast.

Emergency warming shelters were opened throughout Oregon and western Washington as temperatures plunged into the teens and forecasters said an arctic blast would last for several days.

Sunday’s snow showers blew into the Pacific Northwest from the Gulf of Alaska, dumping up to 15cm across the Seattle area.

READ MORE: More fire warnings as temperatures set to soar in WA for another day 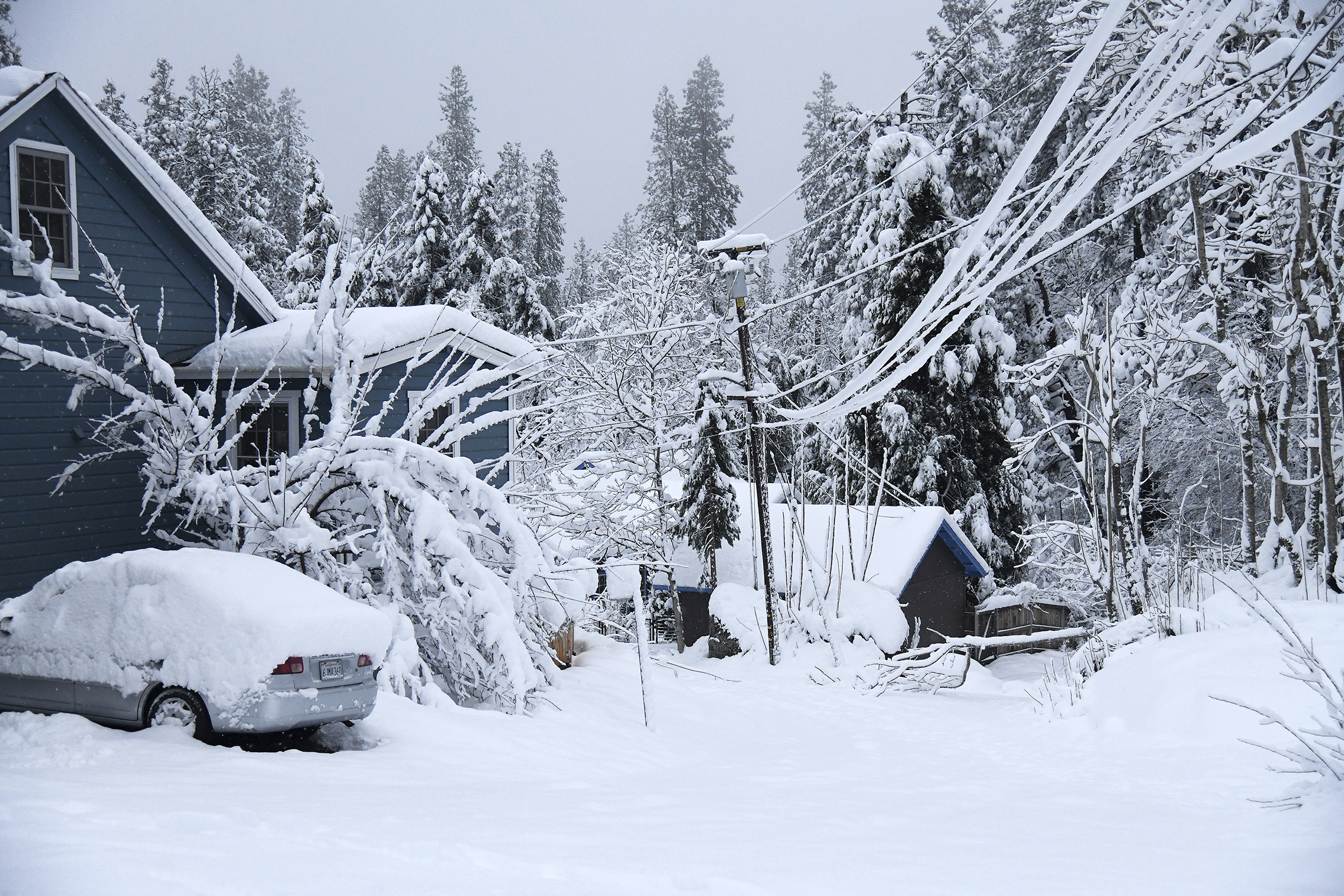 Bellingham was -12.8C, three degrees colder than the previous record set in 1971.

State officials in Oregon have declared an emergency. In Multnomah County, home to Portland, about a half dozen weather shelters were open. Seattle city leaders also opened at least six severe weather shelters starting Saturday through at least Wednesday.

In West Seattle, Keith Hughes of the American Legion Hall Post 160, said his warming centre can welcome about a dozen people, its capacity limited by lack of volunteer staff.

“Volunteers, this is a problem for myself as well as everyone else in town, it’s really hard to get with COVID going on,” he said.

Meanwhile, blowing snow in mountains of Northern California and Nevada closed key highways, with forecasters warning that travel in the Sierra Nevada could be difficult for several days.

At Donner Pass in the Sierra, officials with the University of California, Berkeley’s Central Sierra Snow Laboratory on Monday said recent snowfall has smashed the snowiest December record of 4.6m, set in 1970. The record is now 4.9m as more snow is expected. 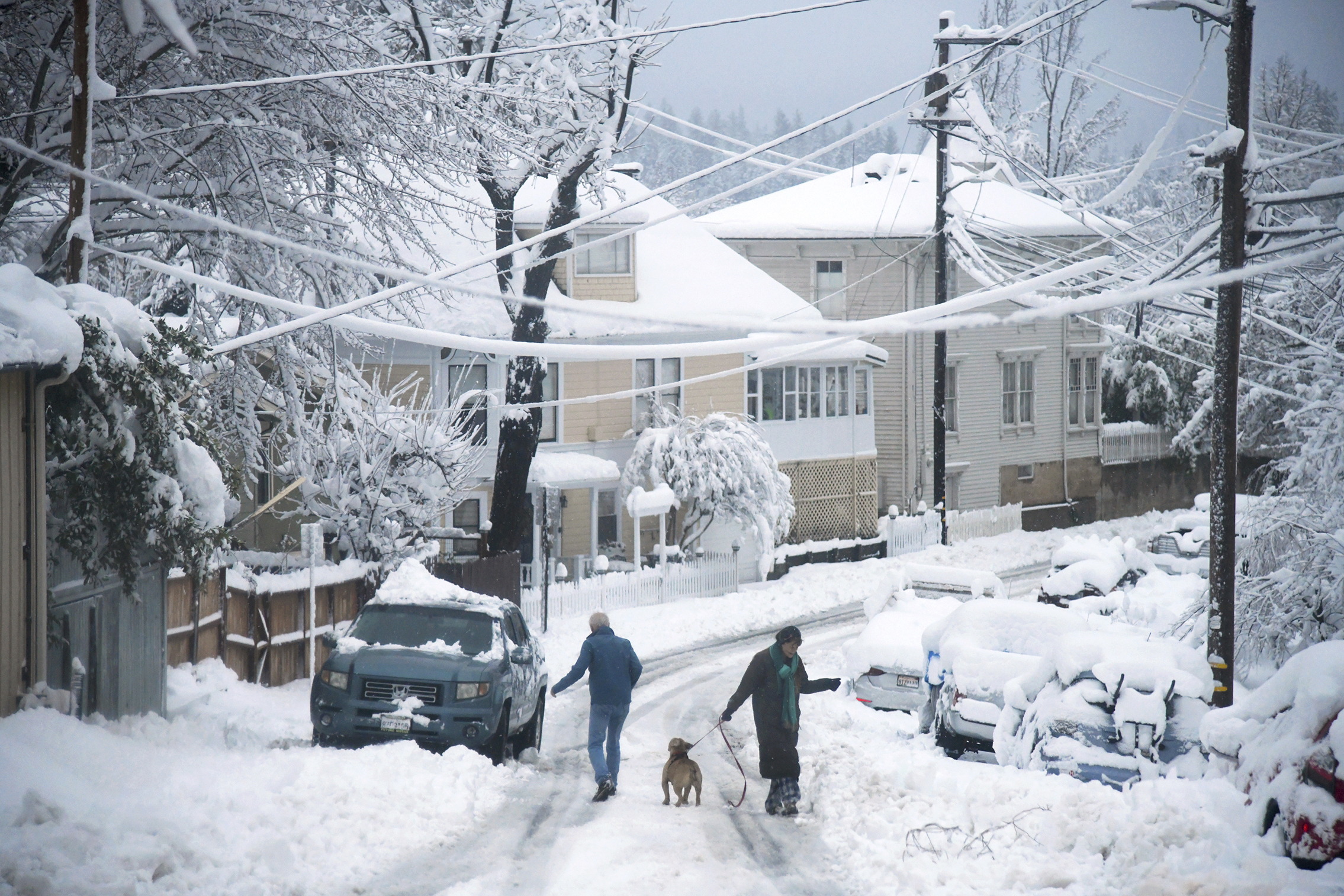 The Northstar California Resort in Truckee closed its mountain operations on Monday amid blizzard conditions. The ski resort has received more than 1.8m of snow over the last 48 hours, according to the resort's Facebook post.

Search and rescue crews are looking for a missing skier who was last seen Saturday morning on a lift at the ski resort, KCRA reported.

The snowpack in the Sierra was at dangerously low levels after recent weeks of dry weather but the state Department of Water Resources reported on Monday that the snowpack was between 145 per cent and 161 per cent of normal across the range with more snow expected.

Interstate 80 remained closed due to poor visibility and heavy snow from the Nevada state line to Placer County, California. An avalanche blocked a state route that connects Tahoe City to some ski resorts in Olympic Valley and authorities urged motorists to avoid nonessential travel.

Nevada Governor Steve Sisolak ordered nonessential state workers other than public safety and corrections personnel to remain home due to the storm. Weather and travel advisories stretched to northeast Nevada and Elko due to the possibility of blowing and drifting snow.

The storms that have been pummelling California and Nevada in recent days also brought rain and snow to Arizona. A record inch of rain in one day was reported at the airport in Phoenix Friday when 11 28cm of snow fell at the Arizona Snowbowl ski resort just outside Flagstaff.

Another 15cm of snow were recorded in the 24 hours ending on Monday morning.

More storms are expected to hit the desert state starting on Monday afternoon and continuing throughout the week.

Temperatures were unseasonably warm in parts of the Southern Plains, including in Arkansas, where several cities broke records on Christmas Day for daily high temperatures. 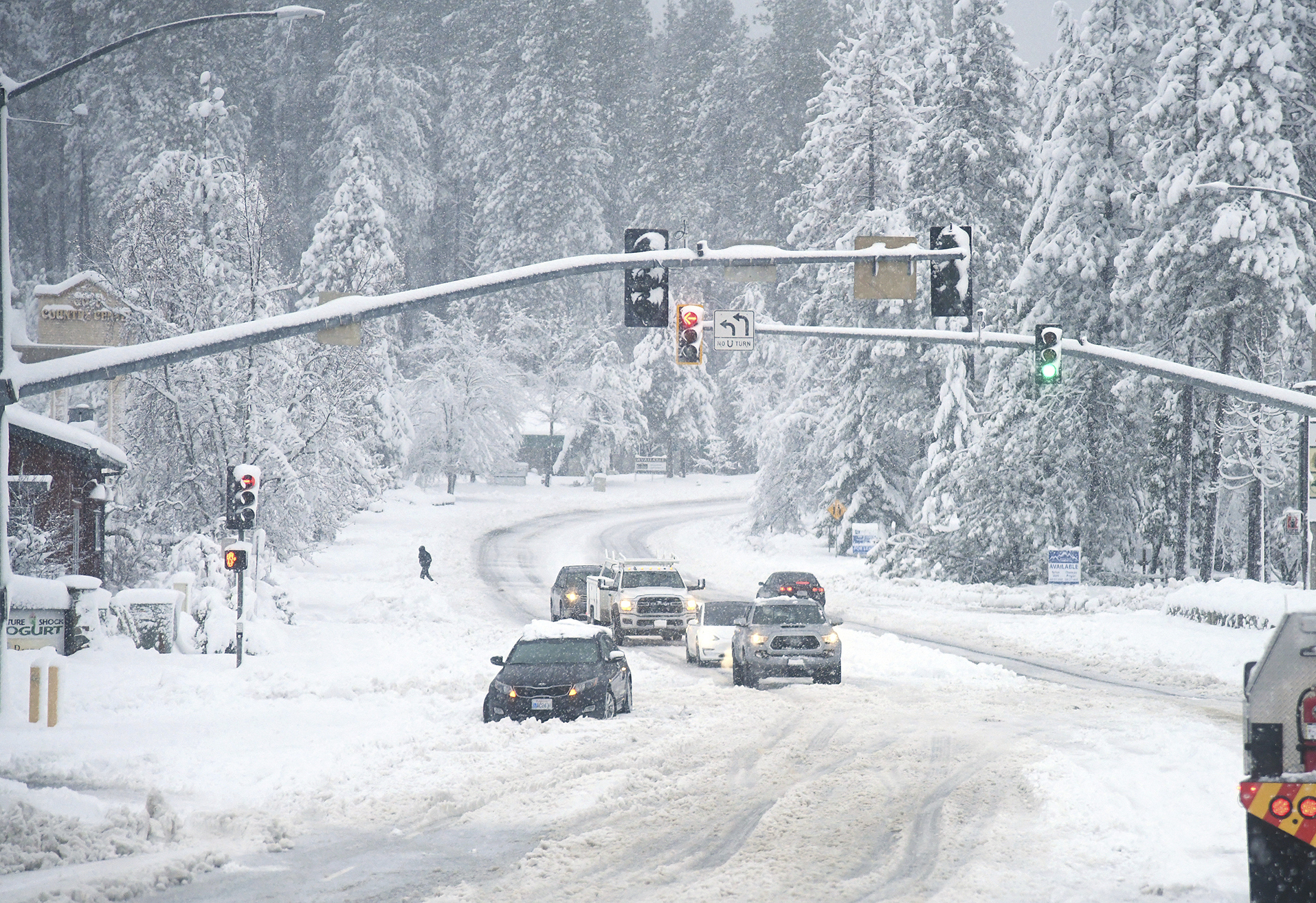 But forecasters warned that severe storms were possible midweek when a storm system moves through the Deep South, with Alabama and Mississippi at greatest risk for bad weather, according to the Storm Prediction Centre in Norman, Oklahoma.

Heavy snow will start winding down by Monday evening in California’s Sierra Nevada and the area is expected to get a break from the cold snap by Thursday, said Emily Heller, a meteorologist with the National Weather Service.

Temperatures in western Washington and Oregon aren’t forecast to rise above freezing until at least Thursday, and possibly not until the weekend, forecasters said.