A Northern Territory man has posted a video of a 3.78-metre crocodile being hauled out of a river, in a warning to tourists and locals alike.

Nathan Langer posted the video on his YouTube page yesterday, where it's had more than 2000 views so far.

In it, he shows a pair of wildlife rangers restraining and extracting the crocodile from Buffalo Creek, just north of Darwin. 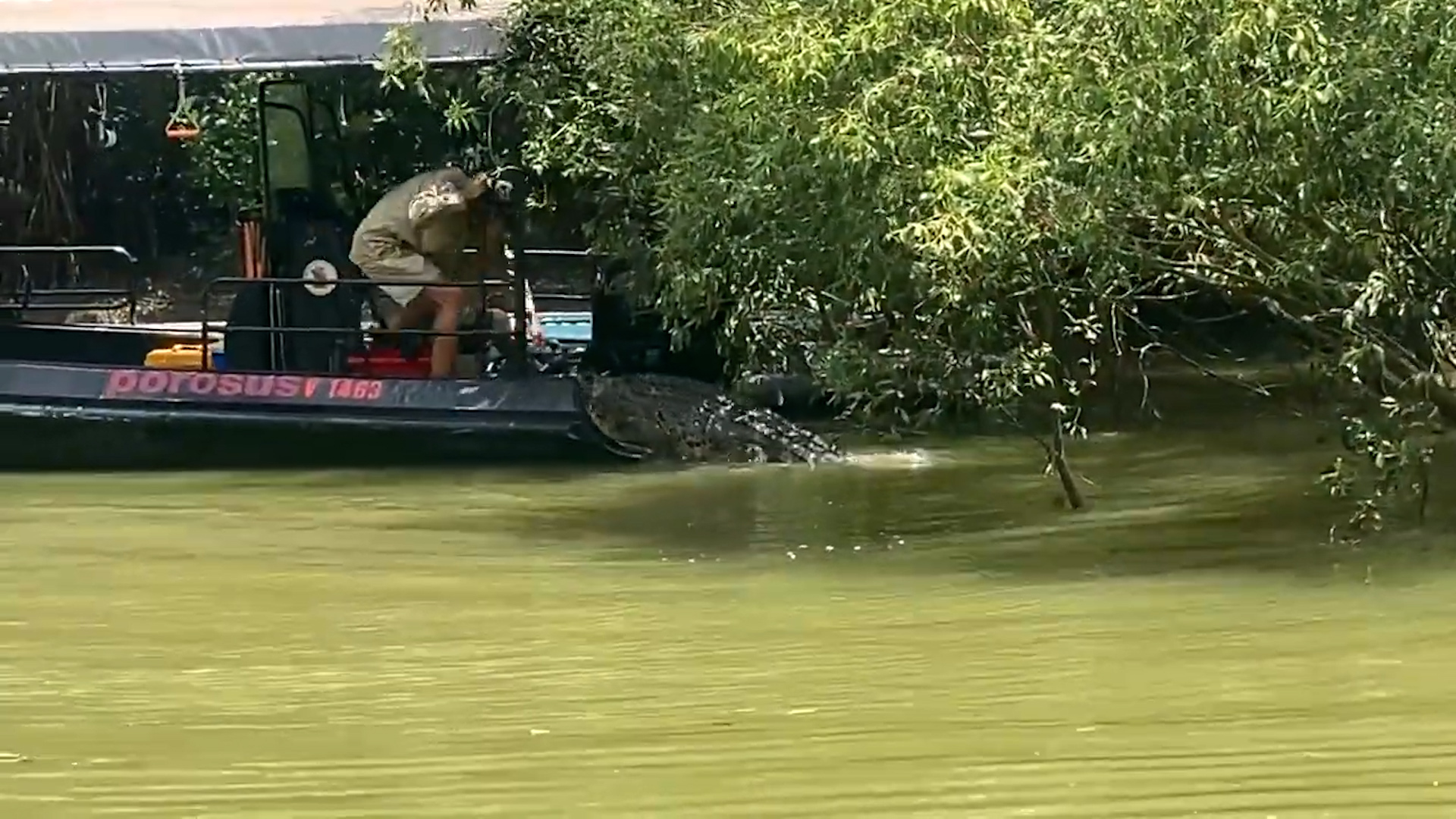 It was just a few hundred metres from a popular fishing spot.

"I've been watching a lot of people get in waist high water, casting nets around, well that's what lurking in the water around here," Mr Langer said.

"That will take you, and that will eat you, so heads up when you go messing around in the water in Buffalo Creek."

The rangers estimated the crocodile measured about 3.5m, but it ultimately clocked in at 3.78.

NT Parks and Wildlife maintains numerous crocodile traps in populated areas in the state's north, but people are urged to remain vigilant around water and not assume they are safe to swim in.

Check out the official advice for staying CrocWise here.